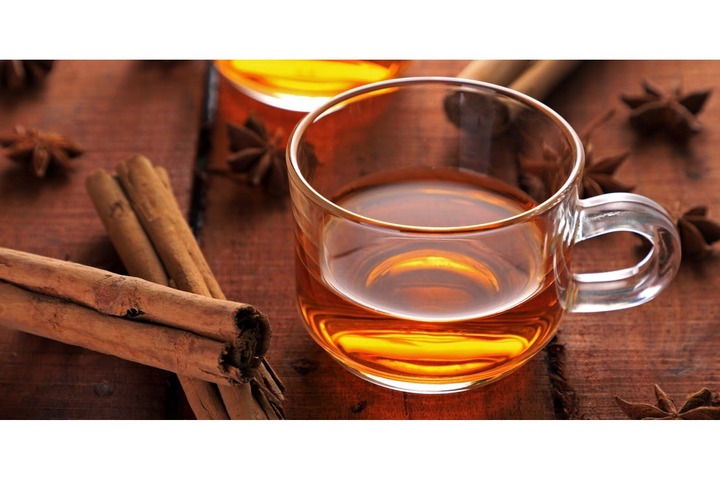 1. It has anti-viral, anti-bacterial and anti-fungal properties

Cinnamon is thought to have many medicinal and soothing properties, and is used frequently in Chinese herbal medicine. The distinctive smell and flavour of cinnamon derives from the essential oils contained in the bark, called cinnamaldehyde.

Cinnamaldehyde displays anti-viral, anti-bacterial and anti-fungal properties. In fact, cinnamaldehyde can inhibit the growth of listeria and escherichia coli in food items and as a result may extend their shelf life. These anti-microbial effects may also help prevent tooth decay and minimise halitosis.

Cinnamon contains large amounts of plant compounds called polyphenols which have a protective antioxidant effect. Some studies suggest a possible anti-inflammatory action, including one study that evaluated the effects on arthritic symptoms. However, more evidence is needed to fully evaluate the potency of these anti-inflammatory properties and their value in real life.

Some spices, including cinnamon, have prebiotic properties that promote the growth of beneficial bacteria and help suppress the growth of pathogenic bacteria. Likewise, the essential oils in cinnamon appear to dampen the inflammatory process involved in inflammatory bowel disease through its beneficial effects on gut microflora.

There is some evidence to suggest that the consumption of cinnamon is associated with a short-term reduction in blood pressure. These effects are thought to be due to the production of nitric oxide which relaxes blood vessels allowing the blood to flow more freely.

Although the evidence is hopeful, it would be premature to recommend cinnamon for blood pressure control until a comprehensive randomised controlled trial (RCT) involving a larger number of patients has been conducted.

It has long been suggested that cinnamon may have a moderate effect in improving glycaemic control and managing type 2 diabetes. However, conclusions are mixed, some studies suggest the spice may mimic the action of the hormone insulin, although more human trials are needed to confirm this.

One 2019 study suggested that 3-6g of cinnamon was enough to positively affect blood sugar control in some people and, in others, even as little as 1g was thought to have a beneficial effect. It concluded that a small amount of cinnamon, eaten as part of a balanced diet, may be helpful for those with a blood sugar issue.