The former Chief Justice of South Africa Mogoeng Mogoeng is really full of surprises.There were so many controversies about Mogoeng Mogoeng being the head of the highest Court on the land and being involved in the religious matter because at some point people felt that he was imposing his believes on other people. This could be one of the reason why he took a long leave of about 6 months up until he left office.

He even once told people that they should not get vaccinated because those vaccines are not safe and has been encouraging people not to get vaccinated. He said that they are trying to kill the us with the vaccines.

As if that was not enough, Mogoeng Magoeng has now made a claim that he had cured people who have HIV/Aids with just a prayer. He never provided any tangable proof that the couple is no longer having HIV. Just because they are fat and not taking tablets, it means they are healed. 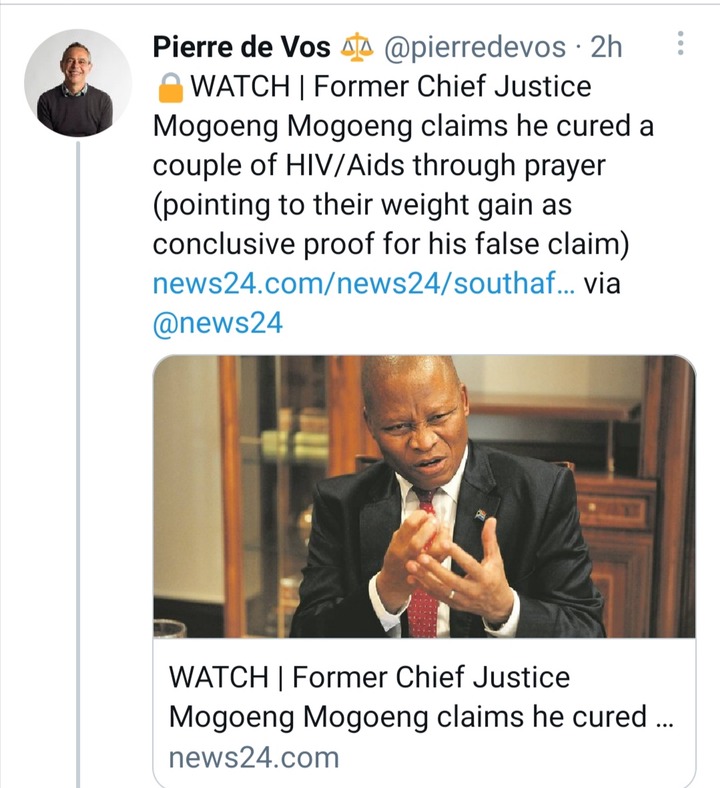 South Africa's former Chief Justice and staunch Christian, Mogoeng Mogoeng, has made the bold claim that he cured a couple of HIV/Aids through prayer. Mogoeng Mogoeng was speaking in Mthatha on 22 November during a religious tour themed Healing The Nation of Africa from Cape to Cairo.

It won't come as a surprise if he now comes and claim to cure the Covid-19 because the man is just so unpredictable.