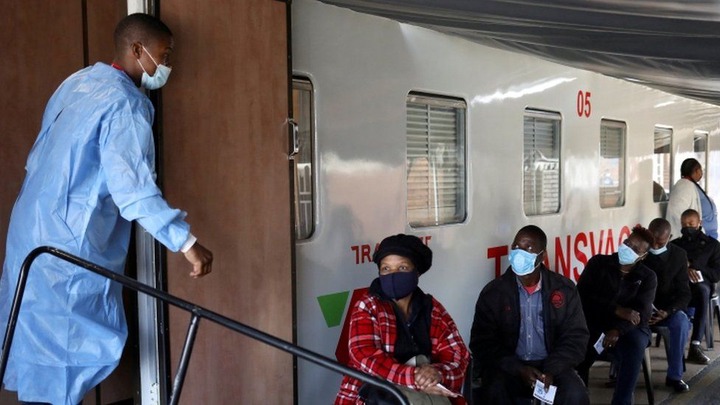 South Africa has complained it is being punished - instead of applauded - for discovering Omicron, a concerning new variant of Covid-19.

The foreign ministry issued the announcement as governments around the world banned travel from southern Africa as more information about the outbreak became available.

Early research shows that Omicron has a greater chance of re-infection.

The World Health Organization (WHO) expressed worry about the new variety on Friday.

Several cases have now been detected in Europe, including two in the United Kingdom, two in Germany, one in Belgium, and another in Italy, as well as a suspected case in the Czech Republic.

Israel, where the new variation has been confirmed, has decided to prohibit all foreigners from entering the country beginning Sunday at midnight.

According to the Times of Israel, the measure will last 14 days.

Cases of Omicron have also been reported in Botswana, Hong Kong, and Israel.

Hundreds of South African travellers travelling in the Netherlands are being tested for the new variation.

According to Dutch officials, 61 persons on two KLM flights tested positive for Covid-19 and have been detained at a hotel near Amsterdam's Schiphol airport pending additional testing.

The Netherlands is now seeing a record-breaking increase in cases. On Sunday evening, a prolonged partial lockdown will be implemented.

On November 24, South Africa notified the novel Omicron variant to the WHO.

The South African foreign ministry strongly condemned the travel prohibitions in a statement issued on Saturday.

"Excellent science should be celebrated, not penalized," it stated.

The prohibitions amounted to "punishing South Africa for its superior genome sequencing and capacity to discover novel variations more quickly."

The statement went on to say that when new varieties were identified elsewhere in the world, the reaction was radically different.

According to an African Union official, rich nations are to blame for the appearance of the variation.

"What is happening today is unavoidable; it is the outcome of the world's inability to vaccinate in an equal, urgent, and timely manner. It is the outcome of vaccine stockpiling by high-income nations throughout the world, and it is, quite bluntly, unacceptable "Ayoade Alakija, co-chair of the AU vaccine delivery coalition, stated

"These travel restrictions are based on politics, not science. It is incorrect...

Why are we isolating Africa when this virus has already infected three continents?"

Foreigners from South Africa, Botswana, Zimbabwe, Namibia, Lesotho, Eswatini, Mozambique, and Malawi will be barred from entering the US, matching previous EU steps. They will take effect on Monday.

Flights from South Africa, Namibia, Zimbabwe, Botswana, Lesotho, Eswatini, the Seychelles, Malawi, and Mozambique will be suspended for 14 days, Australia stated on Saturday. Non-Australians who have spent the last two weeks in such nations are now barred from entering Australia.

All foreign people who have been via South Africa, Namibia, Zimbabwe, Botswana, Lesotho, Eswatini, or Mozambique in the recent 14 days are barred from entering Canada.

According to the WHO, the frequency of cases of this variation, originally known as B.1.1.529, looked to be growing in nearly all of South Africa's provinces.

"This variety includes a huge number of mutations, some of which are worrying," the United Nations Public Health Organization said in a statement on Friday.

According to the report, "the first known confirmed B.1.1.529 infection was from a specimen obtained on November 9."

The WHO stated that understanding the impact of the new variety would take a few weeks while experts tried to ascertain how transmissible it was.

A senior UK health expert cautioned that immunizations against the new strain would "very probably" be less effective.

However, Professor James Naismith, a structural biologist at the University of Oxford, adds, "It's awful news, but it's not the end of the world."

The chairman of the South African Medical Association told the BBC that the cases discovered so far in South Africa, where only around 24 percent of the population is completely vaccinated, were not serious, but that research into the variation were still in their early stages.

"Patients mainly complain of a hurting body and acute exhaustion, and we notice it in the younger age, not the elderly... We're not talking about folks who go immediately to the hospital and are admitted "According to Dr. Angelique Coetzee.

Dr. Anthony Fauci, the director of the Centers for Disease Control and Prevention in the United States, said that while the studies on the new variety raised a "red flag," immunizations might still be effective in preventing serious illness.

The WHO has urged governments against adopting travel restrictions too quickly, advising them to use a "risk-based and scientific approach." 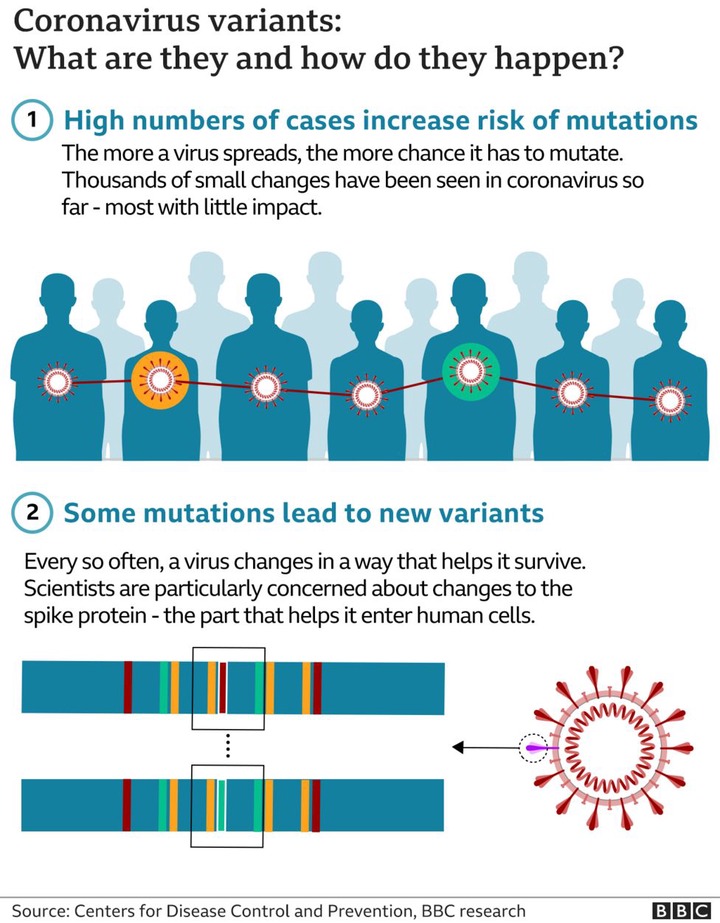