Is Health Without Doctors and Nutritionists Possible?

By FullON (self media writer) | 1 year ago

From Medicine and Big Pharma With Love

For those who are in a habit of either ignoring or just missing disclaimers at the bottom of an article -- I am not a doctor of any kind, and nothing that follows should be understood as a medical advice.

Good, now that we are not stepping on toes of lawmakers, let's talk a little about this idea of not using any drugs or nutritional supplements -- with this central point that our bodies, once given our full mind's support, know how to take care of themselves.

To think otherwise would mean forgetting about the simple fact that for the most of the human history -- and let's not leave out prehistory -- there were no doctors, no drugs, no nutritionists around to make our species survive, while even a mighty dinosaur went extinct.

There is something in our genetic constitution that has withstood all micro and macro predators, all unfavorable conditions, pandemics, absence of hygiene, and nothing short of gods' anger hitting us.

And yet, with the invent of medicine and drugs it all changed, while we became culturally programmed to believe that we are some fragile beings with our very survival heavily depending on medicine.

Then another army of brainwashers showed up in great numbers, telling us how we are bound to perish if we don't follow their recommendation for consumption of right -- in not the only right -- foods.

Both have become fierce enemies, so that a doctor may lose their license should they try to heal with other methods than by drugs and scalpel, and no one is to claim to know a cure -- unless it's coming from the almighty Big Pharma.

On the other hand, an equally strong propaganda is raging against medical screwups, which have statistically become one of the biggest cause of fatalities. Along with the main argument being that medicine is merely treating symptoms, not addressing the underlying causes.

Well, as far as I care, let them continue their business feuds, while both sides have their good and their bad qualities, and we will keep both, benefiting and being victims, of either if them.

Of course unless we examine a possibility that our bodies can maintain and heal themselves naturally, and neither of those huge authorities need to assist us at that.

They also don't eat much. Who knows, maybe the word came to their attention about that ancient Egyptians' saying:

"Man can survive on one third of what he eats -- and with the other two thirds he is feeding his doctor".

To Fix or Having Nothing to Fix -- Is the Question

So, would it be possible to not only survive, but to enjoy life, without drugs and supplements?

What is medicine anyway? While you know the answer already, let us put an emphasis on the fact that medicine has nothing to do with health, but only with fixing what is wrong with it.

Now, how is that not same? Maybe a totally unrelated but illustrative enough example will explain the difference.

Let's say you are considering buying a used car. Your priorities may look like either of the following two. 1) I will buy me a cheap piece of crap, and I will just keep fixing it when it stalls, leaks, makes noise, stinks, or misbehaves in any other of the possible ways.

Or 2) I will buy me a repair-free car, as much as it's possible, and I will do that basic maintenance that every car needs. As long as it's running smoothly, I won't take it to a mechanic "for a check up", because it would be like the proverbial asking a barber if you need a haircut.

Can you see where I am going with this? When we perceive our health as fragile, and in a frequent need for checkups, we are sending some crappy messages to our body, doubting that it can take care of itself.

And that, my friends, is an insult, with body reacting accordingly. Good, it says, I'll oblige to your beliefs, by giving you enough reasons to see that attractive receptionist in doctor's office.

And I am not even kidding here, folks. To use that good dr. Bruce Lipton's words, when you look in the mirror, you see only one of you -- while there are some 50 trillion of you, with as many body cells which have all the functions of your body as a whole.

Meaning that they also think, but mostly feel. They are strange little creatures, since they are mostly concerned about one single thing that has to do with their survival: 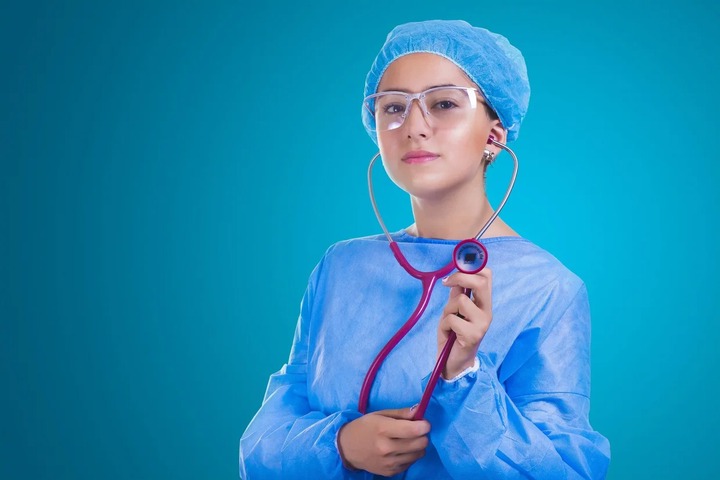 How much their environment looks friendly or not, supportive or not for their well being.

Then they assume one of two modes: 1) they either thrive, grow, rejuvenate, heal themselves, celebrate life, or 2) they go into defensive mode -- with the active one minimizing the other.

A long term ratio between these two cellular actions determines our vitality and health.

And hey, who is the one telling our cells that the environment is friendly or not? Who is the one responding to life situations with a happy or a pissed attitude? Hmm...

Why We Really Get Pissed

If you ever went to see a practitioner of the ancient Ayurveda modality with a health issue, they may not ask you where your body hurts, but -- where your life hurts.

As if being the ones who invented the word holistic, they know so well that man is not to be seen with a reductionist, mechanistic mindset, but as a complex being, whose life manifests itself physically, chemically, energetically, emotionally, and mentally.

And when your good GP writes you a prescription, it hardly covers anything but one or two of those aspects, mostly physical and chemical. Then, after your mother-in-law has kept pissing you some more with her meddling, there you come with new symptoms.

At that point you may get something "stronger", with that regular: "See me in a couple weeks if it doesn't work".

You go home, now pretty much having turned into that dude who was ready to buy a piece of crap from the old vehicle lot, and just keep fixing it. Well, you figure, who could possibly help you if not that guy with all those updated diplomas on his wall.

Hey, am I just saying it to make myself look like a psychic, or you really suddenly got hit with this idea to see a good nutritionist.

It can't hurt, two of them must know more than either one alone, so we reason, and the nutritionist is not even hiding that smirk while we tell him that our doctor is in process of trying something else.

Home we go with a bunch of little bottles, while that mother-in-law is bound to defy every law of physics, medicine, and nutrition by continuing to make those symptoms come and come. 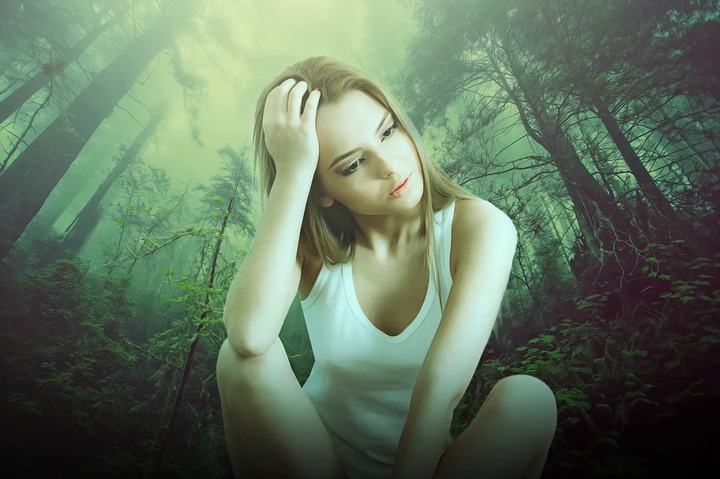 Solution? No, you can't put arsenic in her coffee -- but you can change your attitude about the woman. Maybe to put your foot down and be as civil as possible, but resolute to win your family and your household matters for yourself. That's what we would call a proactive, rather than that reactive approach so far.

Then if you really listen carefully, in a quiet of the night, you may even hear your body cells applauding. Yes, health starts in your head and in your heart.

An Archive of Crap

Now, why not get into the very fabric of that resentment towards mother-in-law's meddling? What's really happening there? After all, you must have told yourself time and time again that the "old bag doesn't matter, and you should just ignore her".

Here we come to this part of the story which we might see as an upside down case of "mind over body" business.

Yes, we are going to talk about body over mind crap. I casually mentioned before how our body cells have all functions that we, as a whole, have. And, mostly pertaining to our topic here, they have kept the record of all our emotionally and attitudinally charged events of our entire past.

Our cells are 50 trillion units strong archive of our past, and emotion is the language they mostly understand -- not verbal stuff nearly as much. If you ever tried "thinking positively", you know what I mean.

Namely, as long as you are actually feeling crappy while reciting your positive affirmations, you are talking a foreign language to your body. But we'll get to that in a short while.

Let's first establish this unfortunate fact that our body has become our mind. We identify with it, and we unconsciously allow it to order us what to think, feel, what attitude to take, even what to believe -- all in accordance with that recorded material. 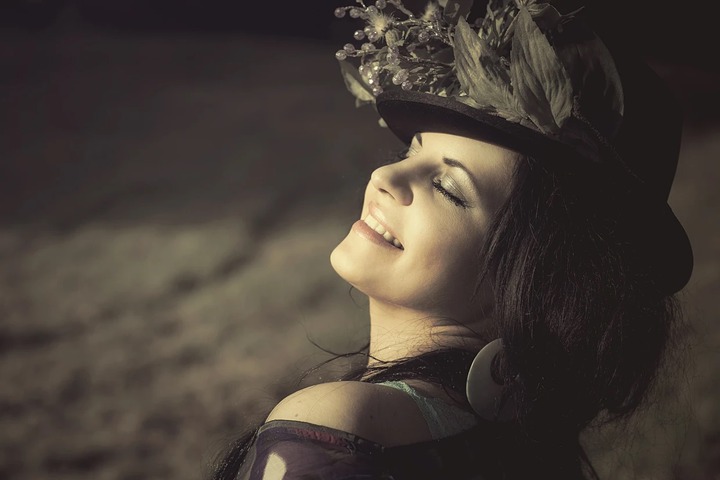 Thus, since our body is all in a survival mode of functioning, so are we, with the only addition of our also trying to psycho-physically survive, due to the complexity of us as human beings.

It's our body's response to that meddling mother-in-law, and since our body has literally become our mind, we can't but not be pissed off, while our "surviving" body is signaling us that "an intruder is in our territory". Yes, we feel threatened.

And the whole nations are operating from their surviving bodies, while being so damn territorial, so paranoid over imaginary enemies, some foreign, others domestic.

Is there a way out of that survivalist mess? Could we become healthy individuals, and healthy nations?