By DailyNewz (self media writer) | 4 months ago

Social media was taken aback by a snap of Zodwa Wabantu who seems to be going through a sangoma ritual. Confused South Africans shared their thoughts and feelings on the matter, asking themselves whether Zodwa was indeed a sangoma or not.

Here's the picture has has South African in a frenzy : 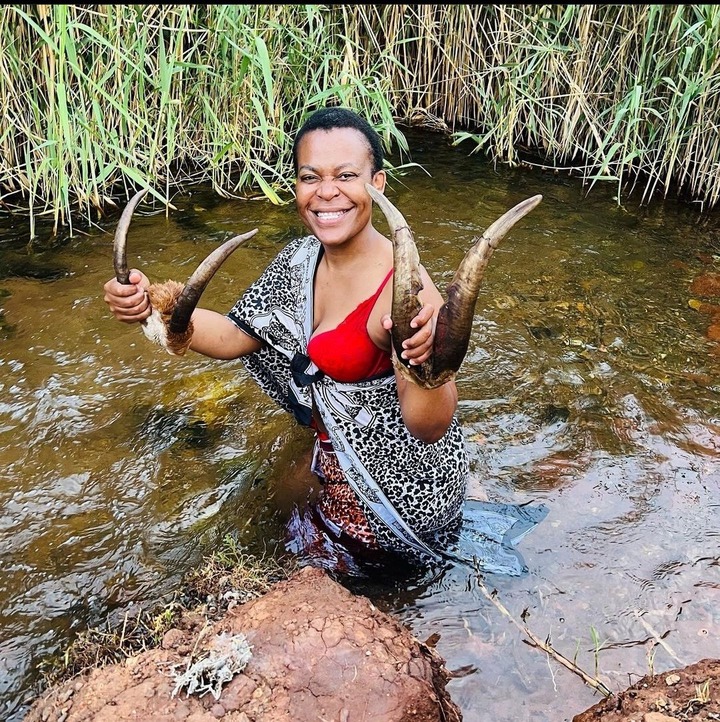 “She can only be if her ancestors leads her to it or it her calling. If she did it without them giving her a sign she will regret it”, says Ann.

“Why am I not surprised”, asks a concerned Themba Malatjie.

“And you wonder why we're in trouble as a country. The underground gang is angry at this mockery. Every celebrity is now a sangoma or something to do with underground gang. It's crazy”, says Jabu who seems to think that being a traditional healer is now a fashionable thing rather than an actual calling.

“You are so right but I don’t think they’re becoming sangoma. It’s deeper than that. It is ukuthwala. They would literally do anything for money or to stay relevant you can’t tell me they all have a spiritual gift”, one social media user concludes his statement.

“Every time they start to become broke or lack events the become sangomas .For what I really don't know”, says Phaphama.

“She is not. She went for cleansing. Why would everyone think that she is a sangoma?”, asks Jerry Mnqobi, who settles the dust.

“People will first assume sangoma, the art of the unknown is what killing majority of people”, says Thabang, adds to Jerry's comment showing us that ignorance isn't blissful as we make it out to be.

Zodwa isn't a sangoma and will never be one.