By Mvelase (self media writer) | 1 month ago 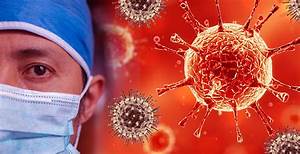 According to the most recent National Institute of Communicable Diseases data, the number of new Covid-19 cases nearly doubled between Tuesday and Wednesday. According to NICD data released on Wednesday, there were 8,561 new illnesses recorded in the previous 24 hours, up from 4,373 reported the day before.

According to NICD health department records, 28 Covid-19-related fatalities occurred on the previous day. To date, there have been 2,976,613 confirmed cases and 89,871 confirmed fatalities from the virus. "Today, the proportion of positive new cases/total new tests is 16.5 percent, which is higher than yesterday (10.7 percent ). Today's seven-day average is 10.3 percent, which is higher than yesterday "(8.5%)," according to the NICD. In addition, there were 135 hospital admissions in the previous 24 hours, up from 119 on Tuesday. In SA's hospitals, 2,550 individuals are being treated for Covid-19-related problems.

A warning issued to residents in this province regarding bogus cops

A lady shared a tiny unique ring on social media, leaving many dazed after seeing it.