Urine flows from the bladder through the urethra in men, which is a result of the way the urinary system has been designed. When a man has an enlarged prostate, also known as benign prostate hyperplasia, the flow of urine from the bladder to the urethra is obstructed, resulting in prostate cells multiplying and putting pressure on the urethra, which is the passageway through which urine exits the body. This condition is known as prostatic hypertrophy. 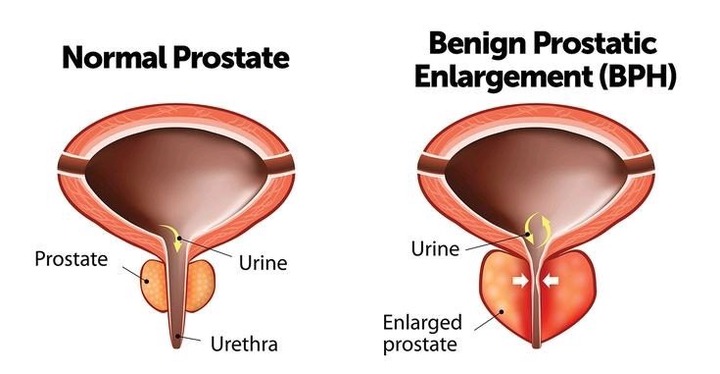 When the urethra is blocked and narrowed, the bladder must contract more forcefully in order to remove urine from the body as a result of the obstruction and subsequent constriction. This, in turn, would cause the bladder muscle to gradually become stronger, thicker, and more sensitive over time, to the point where it would contract even when just a tiny amount of pee was present.

After that, frequent urination would become the norm, and eventually the bladder muscle would be unable to combat the effects of the narrower urethra, resulting in urine being retained in the bladder. All that has been detailed thus far is how prostate enlargement manifests itself in men, as well as the impact it has on their general health and well-being. 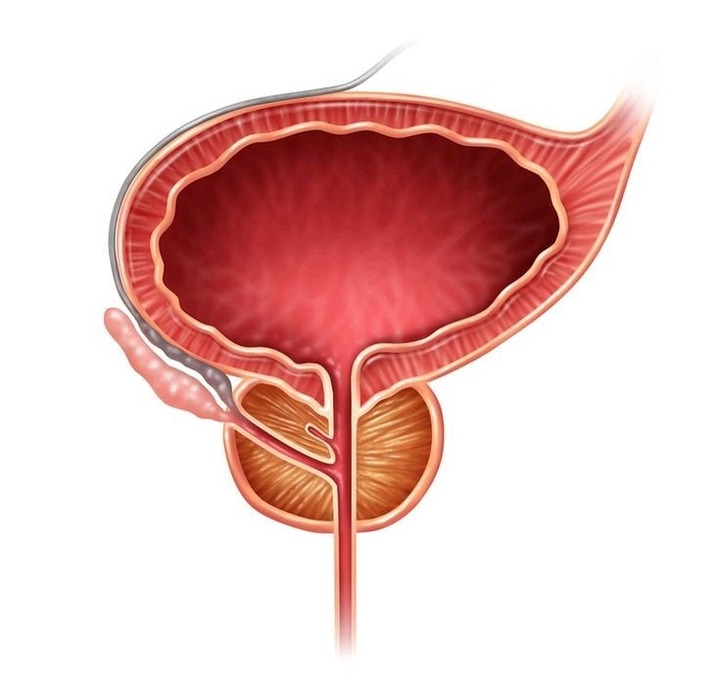 However, before it often progresses to an advanced degree, prostate enlargement frequently manifests itself with particular symptoms that can be used to detect its development and seek treatment as soon as possible. It is important to recognize these early signs in order to determine if you have an enlarged prostate and whether you should seek medical assistance. Some of the early signs and symptoms are as follows:

One sign of a weak or slow urinary stream is that the pee does not move quickly through the urethra, which is the passageway through which it leaves the body when you urinate. However, if you notice that your urine stream is weak or slow when you are urinating on a regular basis, this may be one of the best early symptoms that you may have prostate enlargement and should be investigated further.

In addition to the multiplication of prostate cells and the necessity for the bladder to contract more forcefully in order to push urine from the body, a man who has an enlarged prostate may experience difficulty commencing urination whenever he feels the urge to urinate. Difficulty starting urination

The urge for males to visit the toilet more frequently as a result of prostate enlargement is another symptom of the condition. 5. For example, guys who can sleep like a rock at night may find their sleep disrupted by the incessant urge to urinate at night, while other men may find themselves urinating more frequently during the day.

With the alarming statistics from the National Institute of Diabetes and Digestive and Kidney Diseases stating that 50 percent of men over the age of 50 have an enlarged prostate, finding ways to keep the prostate healthy and lower the risk of prostate enlargement is a must. Fortunately, there are several options available. To keep this in mind, here are a few foods that can assist to maintain the prostate healthy as well as help to prevent prostate growth.

Bell peppers are a nutritious food item because of their high vitamin C content. Vitamin C has been related to the prevention and treatment of benign prostatic hyperplasia (also known as prostate enlargement). In addition to broccoli, Brussels sprouts, and kale, there are several other foods that are excellent providers of vitamin C.

Tomatoes are red because of lycopene, a powerful pigment that gives the fruit its distinctive red color. Beyond that, lycopene has been shown to lessen the risk of getting prostate cancer, as well as to have the capacity to rectify an enlarged prostate in people who have the condition. Lycopene, which can be found in papaya, watermelon, grapefruit, and apricots, has been shown to delay the course of prostate enlargement in men.

'See 5 Indications You And Your Girlfriend Are A Good Match.