A hunched back is one of the most common abnormalities in terms of health that can be observed in people of advanced age (especially those in their 60s above). Kyphosis is a medical term that refers to an unnatural rounding of the upper back or an excessive curvature of the spine. Both of these conditions have the potential to cause discomfort because they place an excessive amount of strain on the spine. 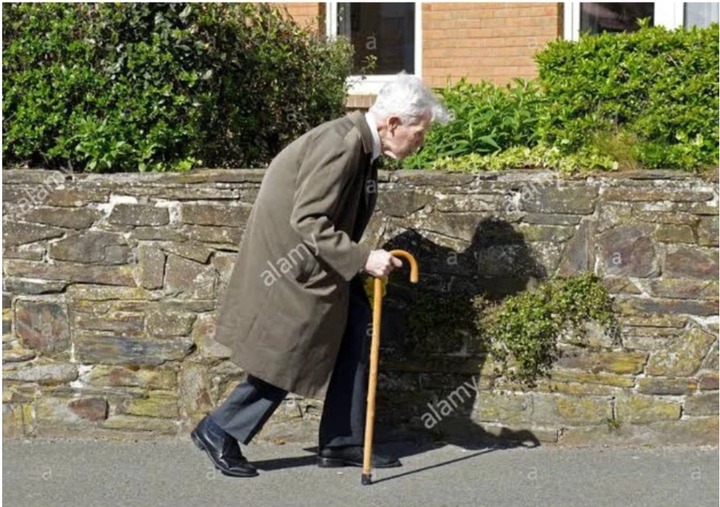 According to the Mayo Clinic, kyphosis can develop in many cases even in the absence of any other symptoms save a hunchback (a protruding upper back). Certain individuals may experience signs of mild kyphosis, including stiffness in the upper back, soreness in the back, and a rounded back posture.

According to the findings of scientific studies, kyphosis develops when the upper portion of the back (the thoracic region) becomes shaped like a wedge. The following are some of the most widespread factors in play:

This is by far the most prevalent reason a person will have a hunched back. Kyphosis can develop in individuals who sit in one position for extended periods of time, carry heavy bags, slouch, or lean back in a chair. This can cause the muscles and ligaments that support the vertebrae to become stretched beyond their normal range of motion.

As a consequence of this, children and teenagers should be cautioned against having poor posture and encouraged to stretch and exercise on a regular basis, particularly when sitting for extended periods of time. This will help them develop stronger back and abdominal muscles, which will reduce the risk of developing kyphosis in later life.

Arthritis can cause inflammation in the joints of the spine, which can contribute to spinal instability and kyphosis, as stated on webmd.com. On the other side, bone degeneration illnesses such as fracture, osteoporosis, sclerosis, and bone cancer can cause the bone in the front of the spine to collapse, resulting in vertebrae that are formed like wedges. This can lead to a kyphosis (kyphosis).

Anti-inflammatory agents, antioxidants, and calcium supplements can all be found in their natural forms in foods such fatty fish, milk and other dairy products, dark green leafy vegetables, melons, tomatoes, olive oil, and almonds. These foods can also help prevent kyphosis.

3. Weakness in the muscles of the back

Kyphosis can develop as a result of weakening back muscles if the condition goes misdiagnosed or untreated for an extended period of time. This may be brought on by a lack of physical activity, an unhealthy diet, the effects of aging poorly, or inflammation.

Your back muscles can be strengthened by the consistent performance of exercises such as the barbell deadlift, dumbbell roll, and lat pulldown. Sugary foods and drinks, especially those consumed in large quantities, have been shown to make kyphosis symptoms worse.

Other factors that can lead to kyphosis include being born with a birth defect (spina bifida), having polio, having an infection in the connective tissue, having muscular dystrophy, having tumors, or having a spinal infection. As a result of this, you should consult a medical professional as soon as possible if you develop persistent back pain, difficulty breathing, numbness in the arms and legs, or loss of control over your bladder.

Kyphosis can affect people of any age, including children and adults. As a consequence of this, you should make an effort to warn your children about the dangers of poor posture.

Ladies, Here Are Some Ways To Make Your Hair In Order To Look Good

Everyday Habits That Can Damage Your Brain

“Is that your girlfriend?” black coffee stirred up tweets after he was spotted with unknown female