The source said a 14-year old student of Kamwatta Village in the Moruca sub-region died on Monday after , shortly after taking the second dose of the Pfizer vaccine , may his soul rest in peace.

Reports are that Joshua Henry was playing cricket with his siblings when he collapsed while preparing to bowl the ball. He had complained earlier that he was feeling weak shortly after he took his second jab of the COVID-19 vaccine at a health post in the village.

According to a villager, a vaccination team visited Kamwatta on Monday and Henry went to the site unaccompanied by an adult to take his vaccine. Reports are that his complexion began to change and it was while playing cricket he started to feel unwell. He collapsed sometime before 4pm.

A community health worker was called to look at his condition and she visited his family’s home. She then decided to take the child to the Kumaka District Hospital at Santa Rosa but he reportedly died while enroute to the medical facility in a car.

On Monday night the village was stunned as news of Henry’s death spread and persons at the village told the Village Voice that the child’s parents have requested an autopsy be performed before he is buried. Health officials in the region were informed of his death and the family has also made contact with Ministry of Health to voice their concerns over the child’s passing.

The Ministry of Health has been advocating for school children who are eligible to take the vaccine to get vaccinated. A number of persons have complained that there children have various underlying health conditions which are preventing them from giving the green-light for their children to be vaccinated.

Meanwhile, the Ministry of Health in a statement, urged citizens not to rush to judgement, assuring that an investigation will be conducted. The Ministry of Health said it is saddened by the child's death and expressed deepest condolences to his parents, his family and the community of Kamwatta.

The ministry acknowledged that the child received his second dose of Pfizer vaccine at 2.00 pm Minday. He had received the first dose of the Pfizer vaccine three weeks ago without any adverse effect. After receiving his second dose of the Pfizer vaccine today, he was observed for an uneventful twenty minutes and showed no reaction to the vaccine. He was then allowed to proceed home. Two hours after returning home, he felt faint and was taken to the Kumaka Hospital, where he was pronounced dead upon arrival.

"The cause of death is unknown at this time. A senior team from the Ministry of Health, including Senior Pathologist, Dr. Nehaul Singh is scheduled to travel to Moruca tomorrow to determine the cause of death. A post mortem will be conducted by the team, and the circumstances leading to the child's death will be determined."

"We urge citizens not to indulge in speculation and await the results of the post mortem and other-related investigations," the statement addes.

The Ministry of Health and the Health Teams from Georgetown and Region One stand ready to provide all support to the family and the community of Kamwatta. "Our thoughts and prayers are with the family, and we pray they have the strength to cope with the loss of a loved one." 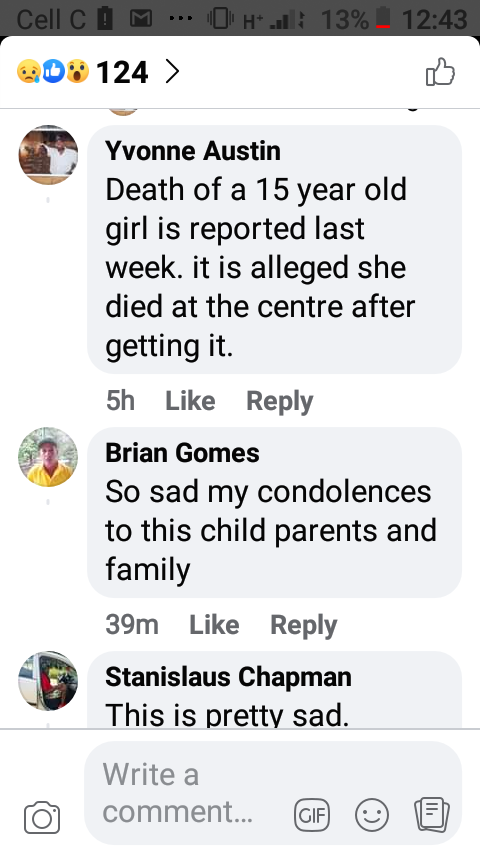 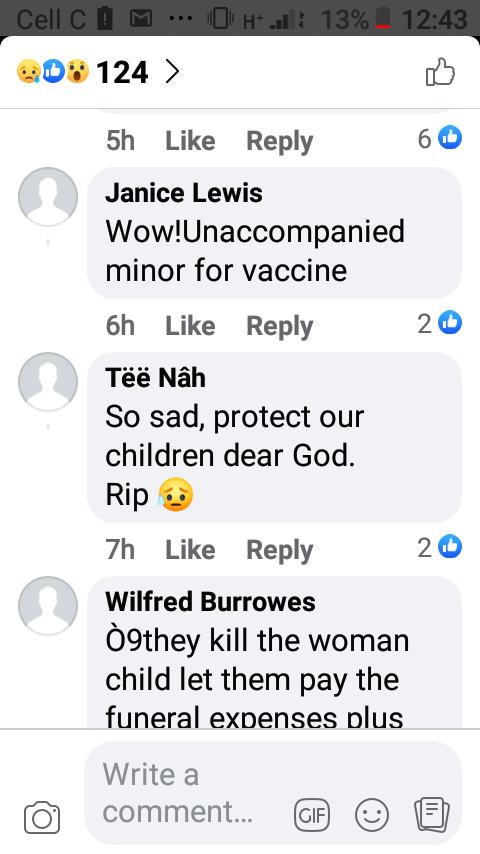 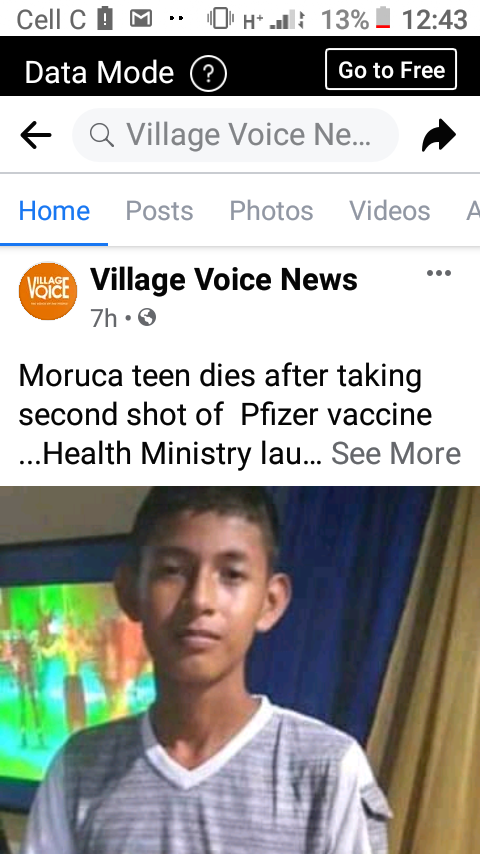 Murder| Boyfriend Apologizes For Murdering Her Girlfriend To Her Family

Makeup tips for older women 50 years and over.