New information Linked To The Covid-19 Crisis Has Been Revealed To The Public. 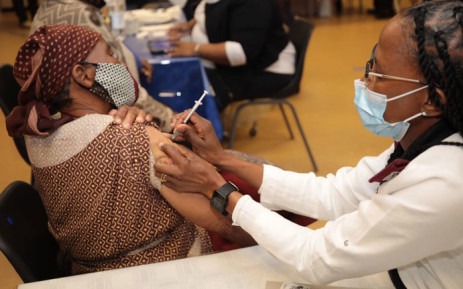 GENEVA - Two new Omicron sub-variations are driving an expansion in detailed COVID cases in South Africa, the World Health Organization said on Wednesday, focusing on the significance of testing to screen infection transformations and spread.

The intensely transformed and profoundly contagious Omicron variation of COVID-19, which was first recognized in southern Africa in November last year and quickly spread internationally, is presently the predominant variation, representing practically all new cases.

Omicron has for some time been known to have a few sub-variations, with BA.2 by a wide margin the most prevailing.

However, presently the South African researchers who previously distinguished Omicron are highlighting two other Omicron sub-variations, BA.4 and BA.5, "as the justification behind a spike in cases" in the country, WHO boss Tedros Adhanom Ghebreyesus told a public interview.

In its most recent epidemiological report, the UN wellbeing office said the sub-heredities "have obtained a couple of extra changes that might affect their qualities."

Tedros said on Wednesday that it was "too early to know whether these new sub-variations can cause more extreme sickness than other Omicron sub-variations."

With an absolute number of lab affirmed instances of almost 3.8 million and in excess of 100,000 passings, COVID-19 has hit South Africa harder than some other country on the mainland.

The country, where less than 45% of grown-ups have gotten two COVID antibody punches, saw a lofty decrease in the infection, permitting it in March to go two entire days without announcing any COVID passings - without precedent for almost two years.

Toward the beginning of April, the nation lifted all COVID limitations, yet from that point forward, cases have flooded back up, hopping by near half in the previous week, as per WHO information.

The WHO has formally recorded more than 6.2 million COVID passings overall since the beginning of the pandemic, however the genuine cost is accepted to be far higher.

The quantities of recently detailed cases and passings are presently declining around the world and have now dropped to their most reduced level since March 2020.

Yet, that's what tedros cautioned "these patterns, while welcome, don't recount the full story", bringing up that detailed cases were ascending in the Americas and Africa, "driven by Omicron sub-variations."

The WHO has likewise advised the decreasing worldwide numbers could be an aftereffect of critical cuts in testing for the infection.

Tedros focused on that the South African discoveries showed that "testing and sequencing remain totally basic."