. But despite all the negative comments some people continue posting their pictures or whatever it is on social media that might hurt them if people say negative things in things in the comments section. Like Samke, she likes posting her pictures but she doesn't post full-body pictures she normally posts half pictures, or pictures sitting down. Ao today she decided to post a full-body picture but the feedbacks from people on social media we're just too much. 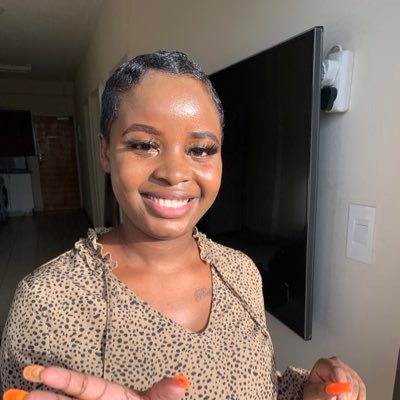 People who don't know Samke she is an s*x worker, she sleeps with men to make money she also sells her nudes. So that's how she became popular she even has the onlyFan page on Twitter, where she posts her pictures and videos where she's sleeping with men, and a YouTube channel where she does the same.

Though people know what Samke does for a living they still drag her about it, and some of the comments are painful because they are so embarrassing. Like what they said after posting her full body picture, Samke shared a picture of herself on social media probably expecting positive comments but people started dragging her. 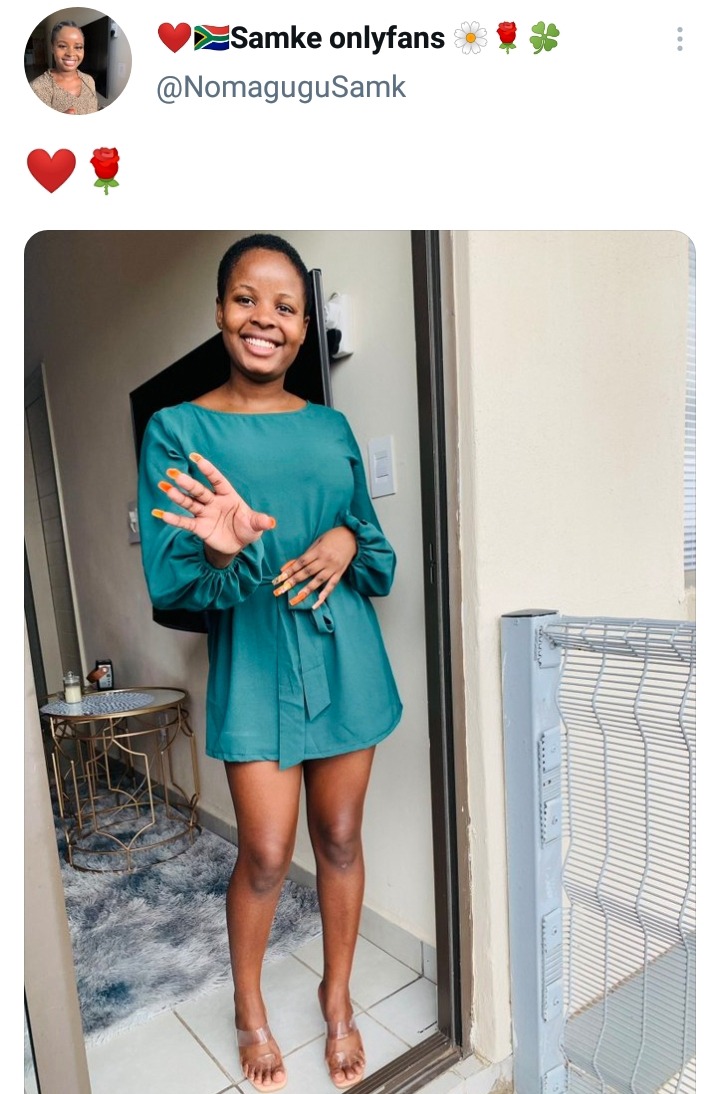 , the way comments were so bad as some people started dragging Samke, it even came to the point where one guy even said to her the reason why she loses weight is because he sleeps with every guy that has money. And then another one said that he can see Steve Biko's face on her knees. 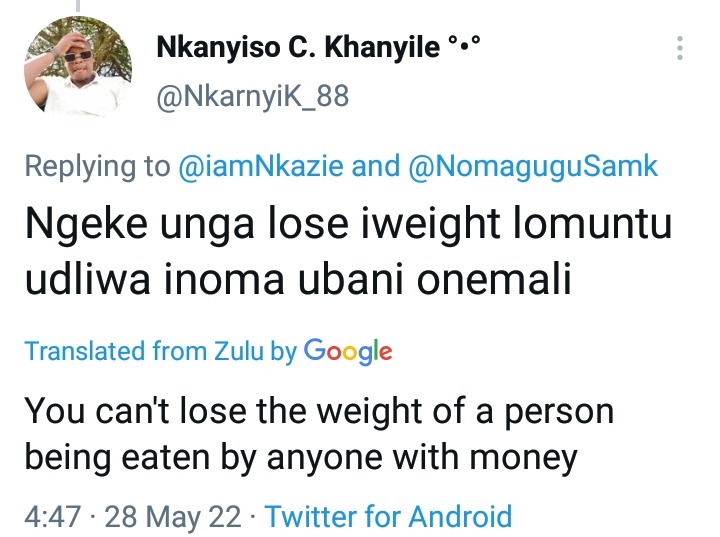 The way people were hating on Samke you'd swear she did something wrong to the. And it hurts because people know what Samke does for a living because she has been doing it for a long time now, and they know why she is doing it, ao for them to treat her like this it's not fair.

Some people mean can be sometimes and they don't care about other people's feelings but only themselves and this is wrong for men to say such things to a woman in public, men saying something like this means they are capable of anything because that's emotional abuse. Let's be careful how we treat others this Is wrong. 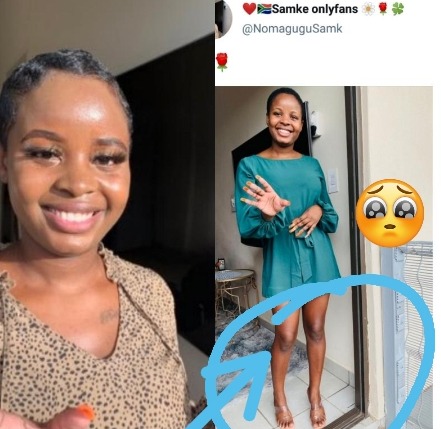 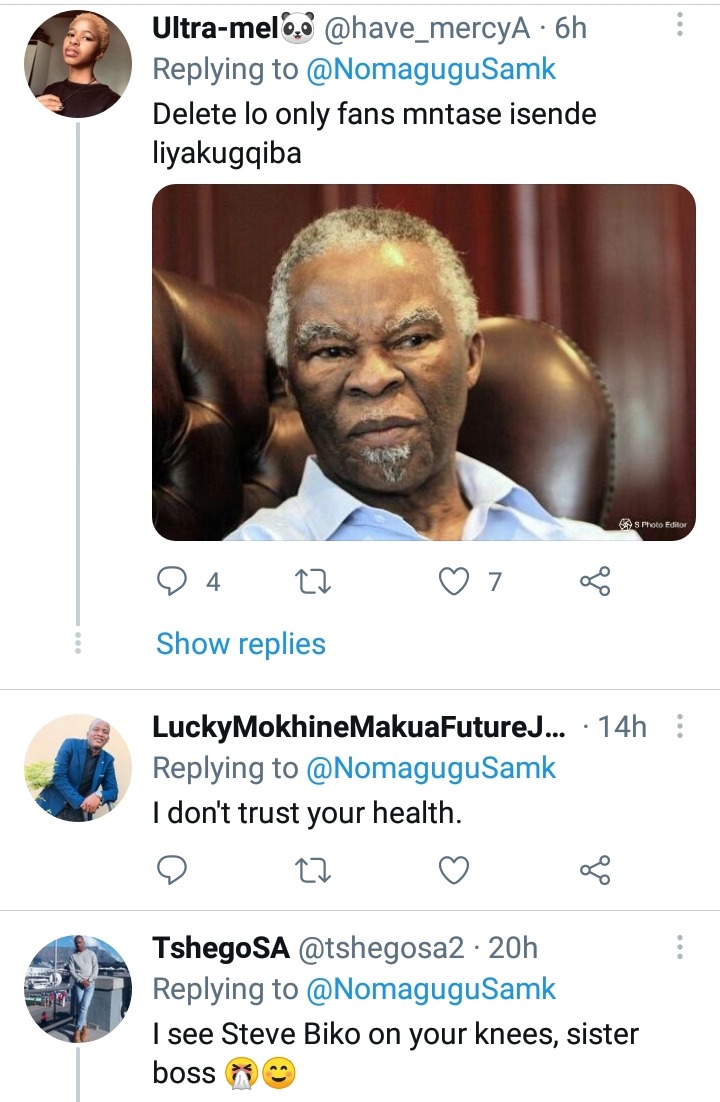 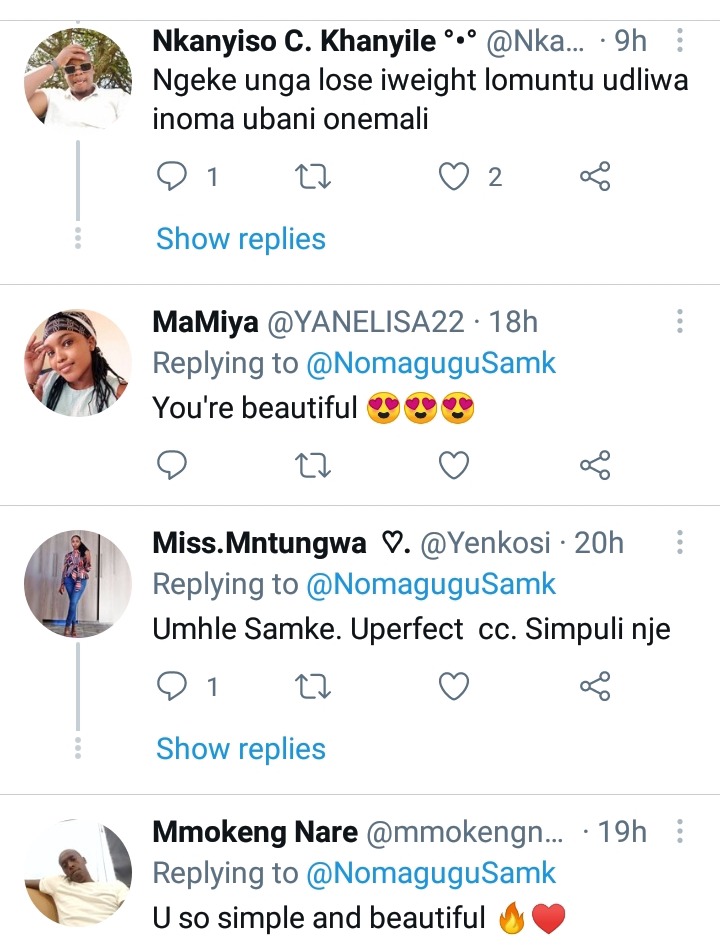 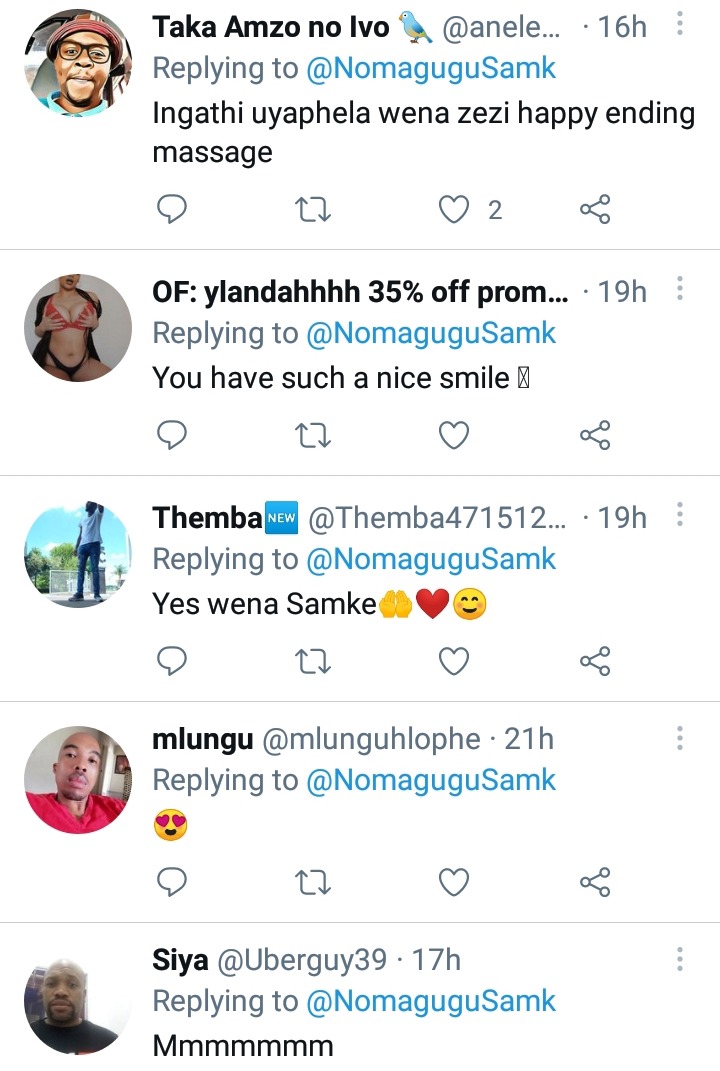 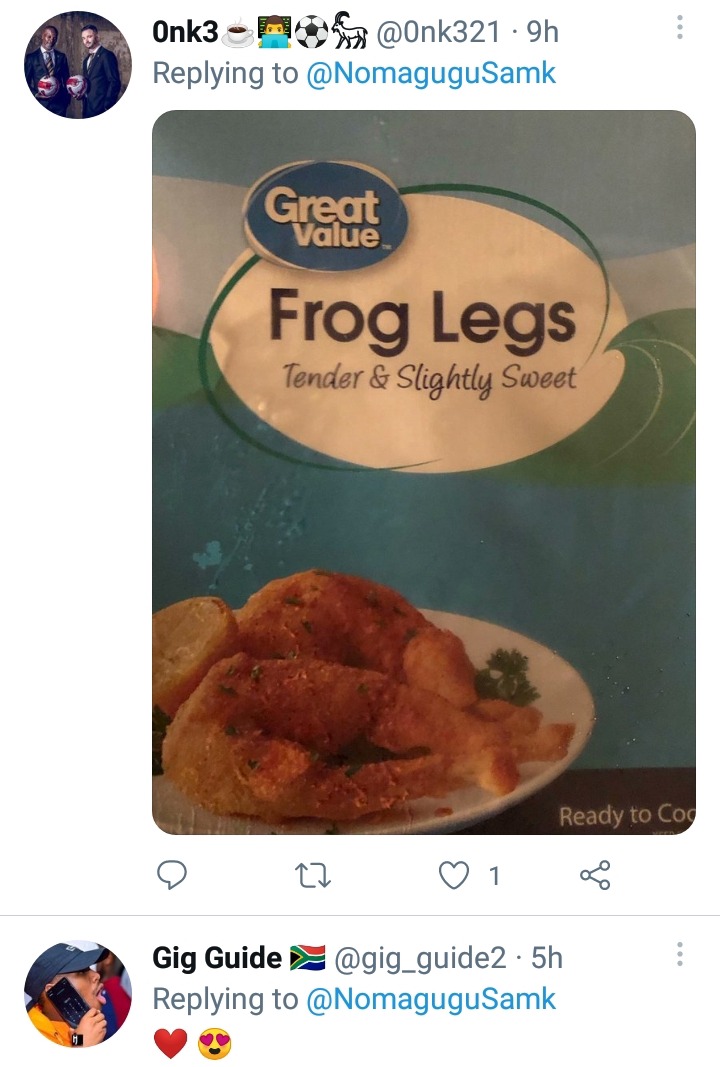 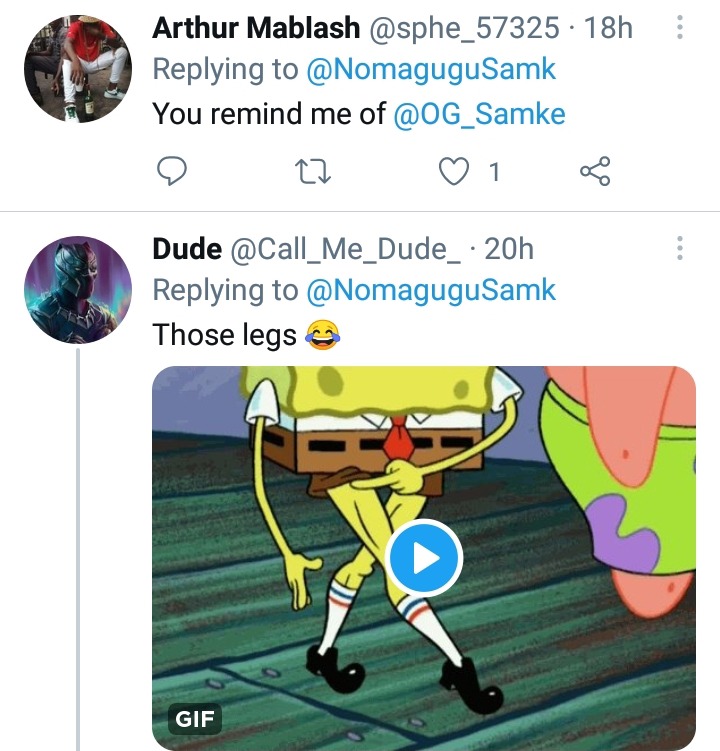 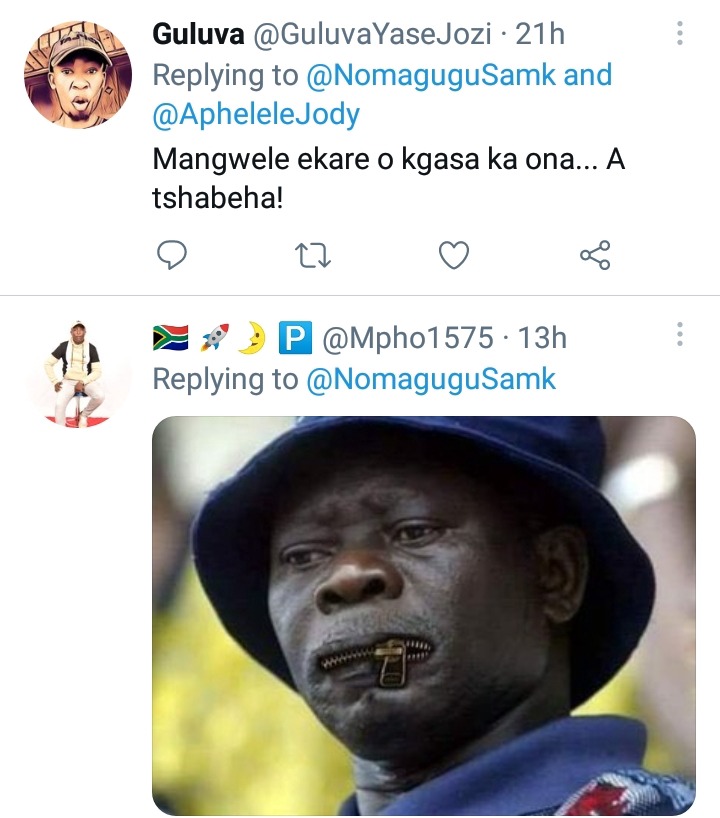 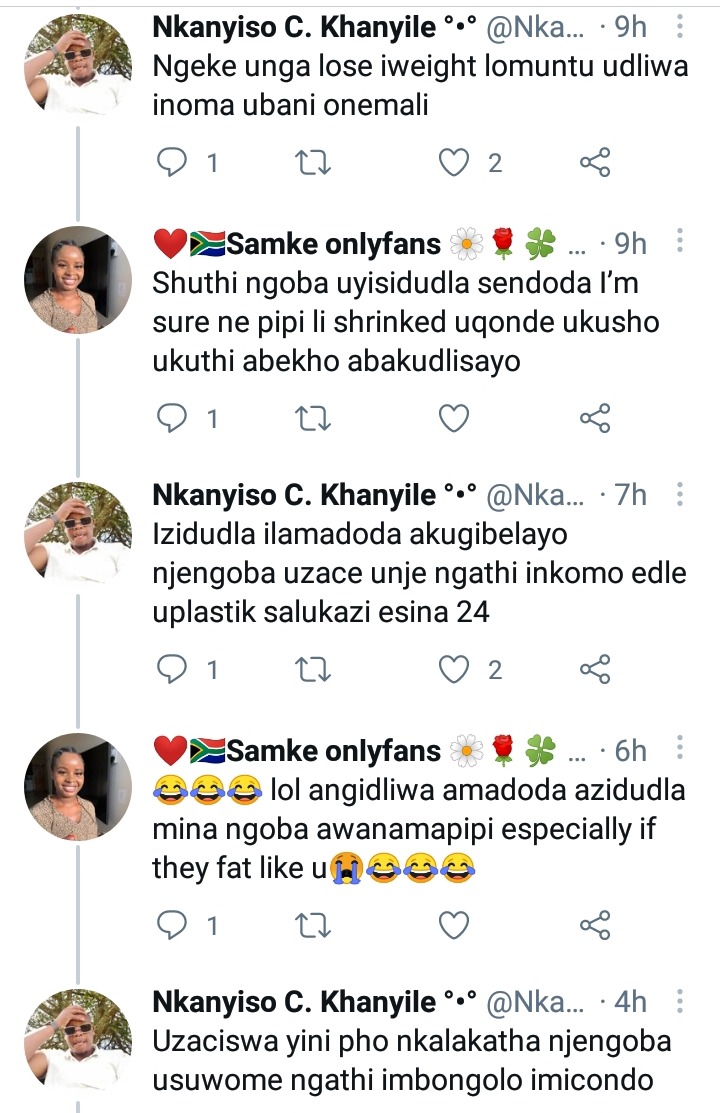