By Smanga_Ntuli (self meida writer) | 22 days

It's in the Town that is off the west coast in Cape Town, a family from Atlantis a family is traumatized and they have vowed to sue the hospital that is allegedly accused for negligence and they want get justice for the loss of their unborn grandson 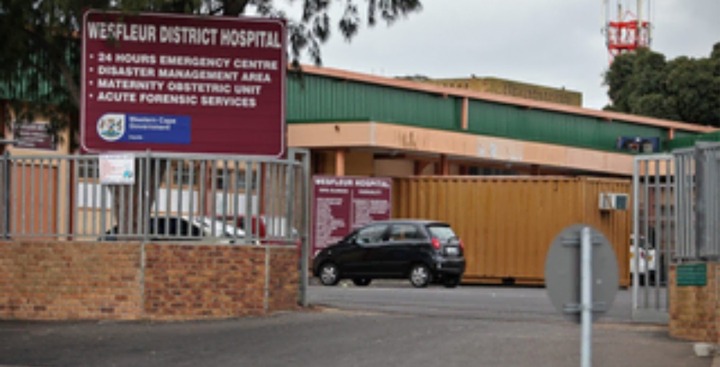 A six months Pregnant Ceejay Carlvet aged 24, says she was over the moon when she was expecting her second born son and she had already started preparing for his arrival on earth and now she is heart broken.

On a Sunday she felt the labour pains and she was accompanied by her sister Codline Coet on the 11th of April at Wesfleur Hospital.she further explained that when they got to the hospital the Doctor pushed her to the casual ward because she was pregnant and when they got there they gave her an injection and the pain pills and were sent home.

The following day things turned upside down and her mother explains how her daughter was treated by the stuff at the hospital. Her mother who's is 43 years of age says she knew that when they got to the hospital she was given two pills and an injection, the following Day they had to rush her to the hospital because she was bleeding, when they got there she was taken to the casualty ward and she waited and they told the nurses that her water just broke and she gave birth early and the nurse asked her superior if she can give 'Joshua' the oxygen and she denied the request for the oxygen.

So another nurse asked Ceejay to leave the child and go outside, just imagine she had drips and it was cold she had to do as she was told, an Angry grandmother says her grand-daughter was not treated fairly she wasn't even prescribed for the therapy session because of her loss and they even denied with the body saying it's the government's body and they even claimed that the medical files were missing the family is very devastated and they seeking justice for the mistreat they suffered at the hospital.

This is not nice and it's sad we hope the family heals from their heartbreak and they find justice.

We hope that the hospitals treat people with respect and dignity they should adhere to the services with full attention.

Content created and supplied by: Smanga_Ntuli (via Opera News )

Gorilla And Nursing Mother Are Bonding On Maternal Level -Video

Meet The Man Who Dresses Like a Lady (Photos)

OPINION: The most horrifying movies that we thought they were true