After a doctor forgot surgical blade in a Man's abdomen for 3 years, see what the man threaten to do

After a doctor forgot surgical blade in a man's abdomen for 3 years, see what the man threaten to do

Doctors reportedly left a surgical blade in a man's abdomen for three years, prompting him to take legal action against the facility. 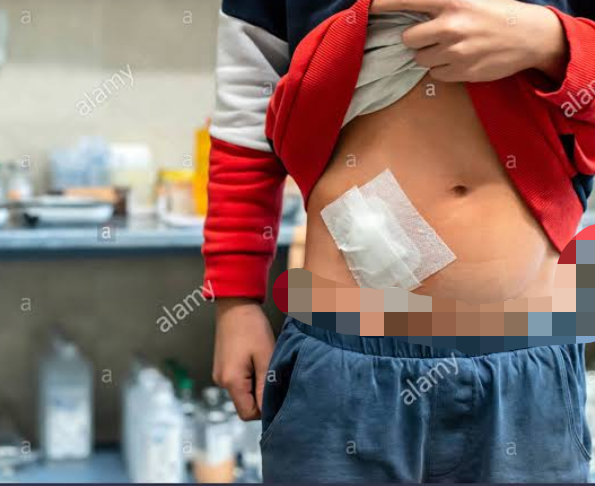 Medical professionals at Zimbabwe's Hippo Valley Medical Centre have been threatened with legal action by a former employee of Tongaat Hullet, who claims that medical doctors at the hospital left a surgical blade in his belly after performing a surgery on him in 2019.

A doctor from Parirenyatwa revealed that David Mlilo had been living with the blade for three years before discovering that it had become trapped in his belly.

He claims that he was fired from his position as village administrator at the beginning of this year as a result of health issues caused by a surgical blade that was reportedly left in his belly by physicians. Mlilo told The Mirror that he intends to sue the hospital for compensation, claiming that their physicians' negligence caused him to lose his job.

Mlilo recounted his story, revealing that he underwent surgery on the 18th of December, 2019, to address a hernia condition. He claims that following the procedure, he began to experience more severe pain, and that his health has deteriorated as a result.

Because of his deteriorating health, the management of Tongaat Hullet advised that he resign from the company in March of this year. As Mlilo's condition continued to deteriorate, he was sent to Parirenyatwa Hospital, where Dr. John Dandadzi performed a second operation on him on August 19, which was successful.

Current situation in Zimbabwe, service delivery is still a problem

Is SA ready to reduce restrictions even further ? Here is how Prof Moshabela responded