Durban Gen - Guess whose back?

By SpicyBullet (self media writer) | 16 days ago

Durban Gen hospital’s head of the Obstetrics and Gynaecology Department, Zandile (Sthandwa Nzuza), goes for what she wants – and she doesn’t care who gets hurt in the process. She’s more concerned about her selfish needs than the well-being of others.

With the hospital’s superintendent Lindelani (Mike Dlangamandla) on the verge of losing his sanity – he’s under the impression his widow girlfriend Mbali’s (Neliswe Sibiya) deceased husband Sibusiso’s (Ntando Mncube) ghost is haunting him – Zandile gets her ducks in a row and conspires against Lindelani so she can take his job. 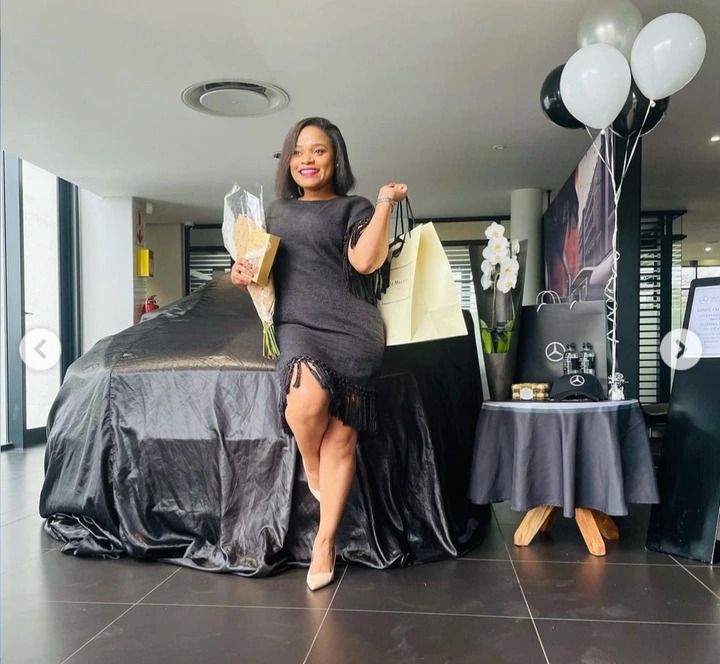 But as Zandile settles into “her” seat as the hospital’s boss, she’s met with a surprise: Durban Gen’s former manager Nomalanga Qwabe (Duduzile Ngcobo) returns to take over.

Lately, Lindelani is battling to cope at work. He can’t concentrate or keep up with the demands. So, Zandile uses it as her chance to give him the boot. “She calls in an inspector to oust Lindelani,” says Duduzile.

Rather than firing Lindelani, he is demoted. The next morning, Zandile walks up to his office with a smile on her face and a bottle of champagne in hand to celebrate her victory.

“Zandile thinks she’s the obvious pick to manage the hospital. She has the leadership skills and the capabilities that come with taking over the hospital,” explains Duduzile. But before Lindelani’s demotion, he learnt that Nomalanga had recently returned to South Africa following her brain tumour treatment in Cuba, and he asked her to reclaim her position and she agreed on the spot. 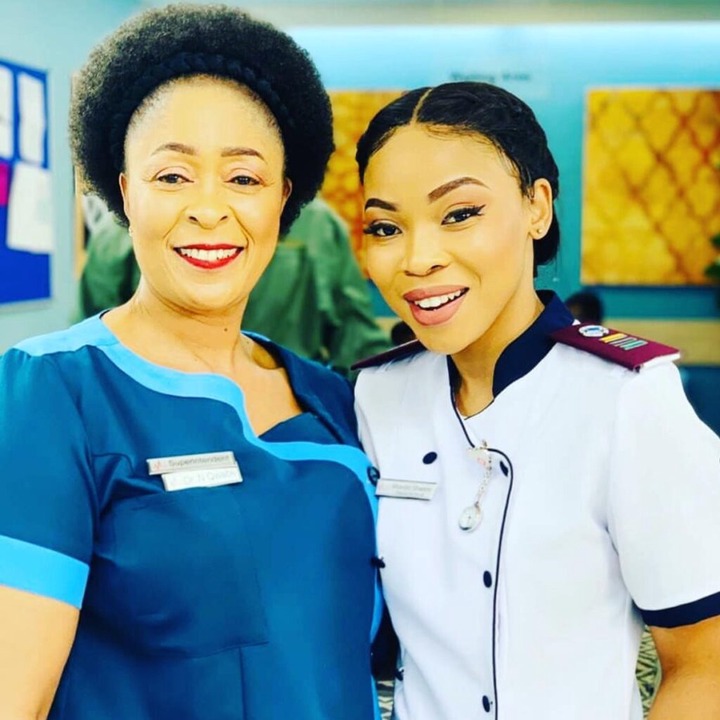 It’s revealed that Lindelani and Nomalanga quickly arranged with the hospital’s board to give Nomalanga the job, leaving Zandile devastated. “She’s shocked when Nomalanga arrives at the superintendent’s office to announce the news. Zandile walks out with her tail between her legs,” says Duduzile.

This hurdle doesn’t mean that Zandile is going to throw in the towel, though. “She’s scheming against Nomalanga to ensure she follows in Lindelani’s footsteps,” says Duduzile. “Zandile is an opportunist, and she doesn’t quit until things go her way,” the actress adds.

But this time Zandile has met her match, and Nomalanga is going to fight to retain her job. 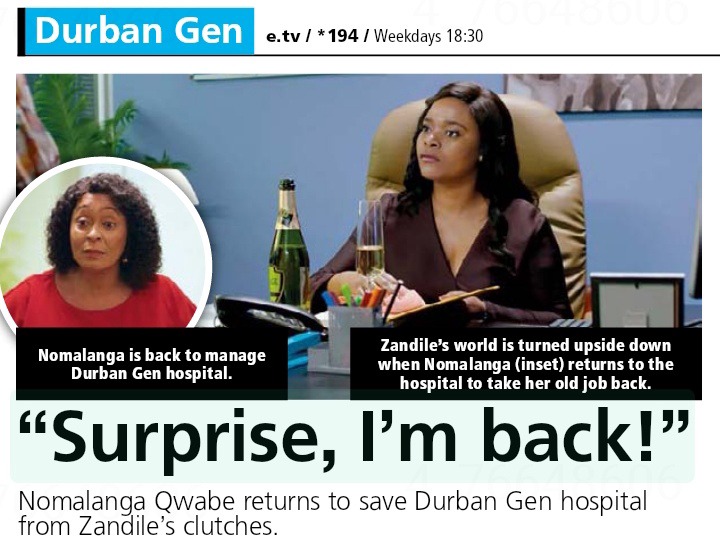