A Painful Story Of Young Women Being Sterilised Unknowingly

By UncensoredTruth (self media writer) | 1 year ago Omphile Maotwe, the Treasurer-General of the Economic Freedom Fighters in South Africa.

August is a month that has been dedicated to champion and attend to the grievances of the women in South Africa.

It has emerged that there are women who were "violated" by being sterilised at a very young age of 19 due to their HIV/AIDS statuses.

The issues arose at the Economic Freedom Fighters Women's Day rally at the Fourways Memorial Park and Omphile Maotwe, the Treasurer-General of the EFF acted on them.

Maotwe has had a conversation with one of the women who was sterilised without her knowledge and consent by having her womb removed.

Zandile Mkhize hails from KwaZulu-Natal was apparently 19 years old when she was sterilised due to her HIV/AIDS status. According to Zandile, when she was about 36 weeks pregnant, she went to do her consultations and when the doctor found out she was HIV positive, he got agitated.

"I am so fed up with these women, they keep on having children," The Doctor said, telling the other woman he was with in the room.

The doctor then asked her if she wanted to be sterilised, without even explaining what the term means, and what the consequences or repercussions of sterilisation were.

Zandile then just said yes, remember the doctor was furious, and she did not want to agitate him any further. Furthermore, the doctor drafted documents and booked a date for her, without giving any sort of clarity, and that was it.

"The day before the C-section, I went there with my mother and they told her to let me walk on my own.

﻿They then told her to leave me alone and then chased her away", Zandile said.

When the lady was in labour pains, a black doctor went to her with forms and asked her to sign them, and being in extensive pains, she did exactly that.

The doctor who gave her the forms also allegedly did not explain what she was signing up for and just wanted her signature. And then after she gave birth, a white female doctor was called because she couldn't walk, and upon seeing her card, she allegedly got furious and asked:

"Why are you sterilising a young woman at the age of 19?"

The lady then started having mixed emotions; a part of her wanted to believe that what they were doing was right, but then another questioned why the other doctor was furious.

Omphile Maotwe then visited a Private Medical Practice to inquire about the alleged sterilisation of women after engaging with a couple of women who were the victims of it. Dr. Mpume Zenda then clarified the instances in which a woman can be sterilised.

"Sterilisation or tube-ligation is one of the methods of family planning or contraceptive.

It is an irreversible method, generally, this is in discussion with the woman, usually when they have completed their family and they no longer want to have more children.

﻿That is the most valid reason for ever doing sterilisation", Dr Zenda said. The doctor also cited that there were other special cases, but in every single scenario, what is important is that there is consent that is signed, and that women understand and know what they are signing for.

Furthermore, she cited that minors cannot sign the consent forms on their own, they apparently need a guardian or a parent when going through the process.

In terms of violations, she agreed that it could be a violation if the women did not sign, or give consent or they didn't understand what they were signing up for.

Zandile Mkhize has admitted to having a constant reminder of the violation at her house, which is her baby.

"I live with the reminder of that day in my house, my child is a reminder, not that I don't love my baby.

But seeing her reminds me of the violation. Her birthday reminds me that I was violated and that I will never have children again," Zandile Mkhize further said.

The now Minister of Health, Dr. Zweli Mkhize was apparently the MEC for Health in KwaZulu-Natal when all that happened, and he allegedly responded to the women's cries by saying that what they were saying was the tip of the iceberg and cited he wanted a thorough research.

Click here for a video of the exclusive conversation between Maotwe, Dr. Mpume Zenda and Zandile Mkhize. 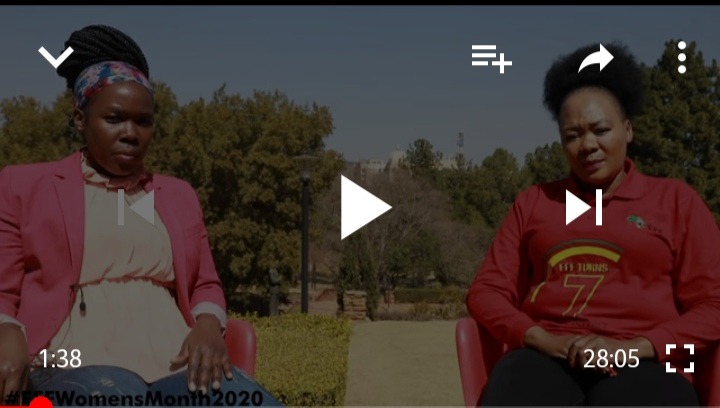 Content created and supplied by: UncensoredTruth (via Opera News )

Muvhango| James regrets what he has done to Tenda

VIDEO: Will MacG reveals who is Chris Excel from Twitter