More than initially meets the eye when it comes to some of Mzansi's most prominent talents. In the shadows, qualified medical professionals who have helped save a great number of lives can be found. 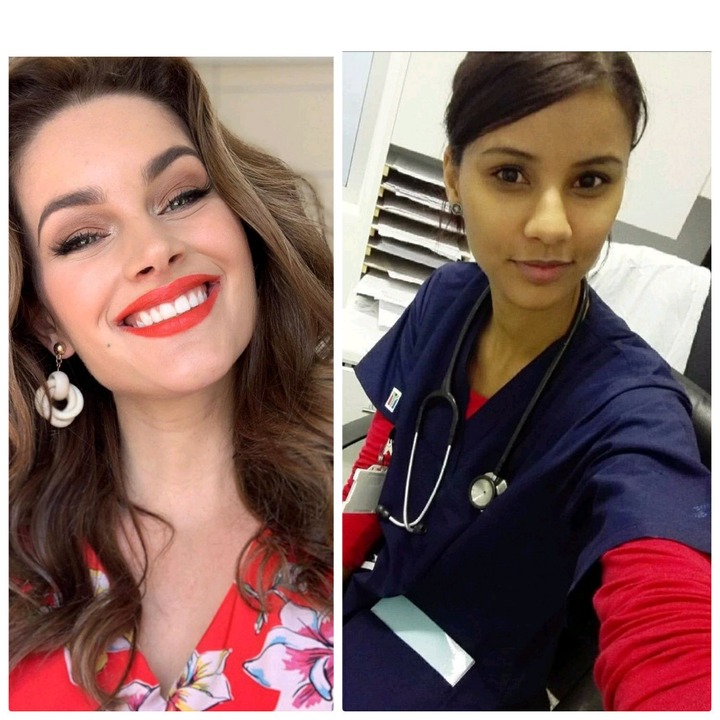 It may come as a surprise to you to find which A-list celebrities, ranging from beauty queens to TV presenters and singers, have added the title "doctor" to their names.

Here are a few well-known people from South Africa who also happen to be medical professionals.

Musa Mthombeni, who rose to fame as a child actor, received his medical degree in the year 2017. At first, the YoTV star attempted to balance his study with his TV profession, but he ultimately decided to leave the industry to concentrate on his studies.

"The question is not how much time we have, but how we choose to use the time that we do have." I have consistently worked lengthy hours. After I left YoTV, I continued to work in the entertainment industry, and I eventually became the host of a late-night show... While attending Wits University, I also pursued a degree in medicine. In 2017, he gave an interview to Move! magazine in which he said the following: "At one point in medical school, I had to devote more of my time because we had tests every six weeks, so I had to be completely focused."

The 2018 winner of Miss South Africa is not only beautiful but also brilliant! In the year 2019, Green was awarded her doctorate in medical science. The University of Cape Town is responsible for awarding her the MBChB degree, which stands for Bachelor of Medicine and Bachelor of Surgery. Tamaryn has uploaded pictures that she took during her internships in the years 2020 and 2021. The 27-year-old woman, who just got married a few months ago to a successful businessman, described her journey as "tough yet fulfilling."

In 2018, she provided an explanation in which she stated, "I chose medicine because my father had always wanted to be a doctor but was unable to." She went on to say that during the time of apartheid, there were a great deal of roadblocks that prevented him from carrying on with his job.

Rolene Strauss is a member of the medical community who holds a number of different titles. She holds the titles of Miss South Africa and Miss World from earlier in her career. In addition to her title as a beauty queen, she is also a successful businesswoman, a wife, and the mother of two children. After finishing her high school education, Rolene Strauss went on to follow in her father, Dr. Hennie Strauss's, footsteps and become a physician. In 2017, she attended the University of the Free State to complete her undergraduate studies in medicine and surgery and received her bachelor's degree.

I was born in a test tube, so it's no surprise that I'm interested in health. My desire to learn more about health and medicine led me to return to school. There were so many opportunities after my year as Miss World, but I wouldn't have been 'Rolene' if I hadn't finished my medical studies. In a statement, she continued, "I have no regrets at all."

After completing her schooling, Rolene took a hiatus and did not complete her medical internship directly away. She elected to work on a few projects before taking the next step in her medical career.

Dr. Tumi is a licensed physician who still works in the field, if his name didn't give it away. He has worked in the medical industry for over a decade. The gospel singer volunteered at Tembisa Hospital during the COVID-19 outbreak.

"Even if many of us are no longer employed by the government, that is the institution in which the events of the moment are being carried out. Those physicians will almost definitely have too much work on their plates. They are willing to accept any assistance that is offered to them. I could have stayed in, but I chose to go out and show my support for not just my employees, but also for our community as a whole." He disclosed his intention to the Sowetan, saying that he will be retiring in 2020.

Our rundown of famous people who are also licensed medical practitioners is finished off with Karishma Ramdev, a former beauty queen from South Africa. A native of Chatsworth, she recently finished her internship and is competing for the title of Miss South Africa 2020.

"I can say with absolute certainty that after two years and three months, this has been the most challenging, frustrating, fulfilling, discouraging, and amazing time of my life." I discovered a number of things about myself, one of which is that while I value the practice of practical medicine, I abhor being on call at night.

Suspect of hijack was arrested in Bracknhurts