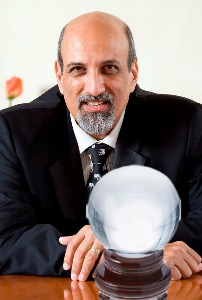 He is also a professor at both the University of KwaZulu-Natal in South Africa and Columbia University in the United States. Amongst some of his other activities, he has fellowship at the Royal Society and he is a member of the Global Health Scientific Advisory Committee in the Bill and Melinda Gates Foundation, to name a view in his impressive 100+ page curriculum vitae.

He was involved in the CAPRISA 004 study, that began its research in May 2007 and was completed in December 2009.

A previous study aimed to measure the safety and tolerability of tenofofir in both sexually active, and abstinent women.

900 women, who were judged to be at high risk of contracting HIV volunteered to use a study gel to be applied inside their vaginas.

450 women received the microbicide, while the other 450 women (All being identified as being at high risk to contract sexually transmitted diseases) received a placebo gel.

For those who does not know what a 'placebo' is, it means fake medicine that makes you believe it works. 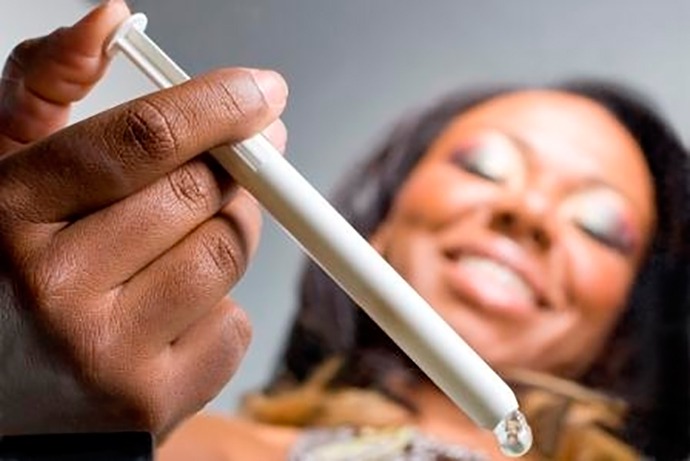 These 900 human quineypigs were given HIV reduction counselling, and were given condoms.

Yes, people, these test subjects were given condoms during a research program designed to study a topical antimicrobial gel applied inside on the wand of a vagina and to study its effectiveness in the prevention of the transmission and / or contraction of a sexually transmitted disease.

Its like testing handsanitizer, but using surgical gloves, or to observe two boxers in a ring, while having a wall inside the ring installed that act as a partition between the two boxers, and see who wins.

Participants in the study were told to apply the gel inside their vaginas 12 hours before having sex (of course with condoms given to them by the research team), and again 12 hours after sex (again, after using a condom).

According to Wikipedia, the study assisted in arranging treatment for any sexually transmitted infections the participants exposed themselves to.

Researchers led by Professor Karim's wife, Quarraisha Karim, published their results in March 2010 where they found that a microbicide containing 1% tenofofir was for women participating in the trial 39% effective in reducing the risk of contracting an HIV infection during sex, and 51% effective in preventing genital herpes infections.

If the study reports that the tenofofir trial, where 900 women were deliberately exposed to a high risk environment, was only 39% effective, then it means that the study lead by Quarraisha Karim is accountable for 549 newly infected STD women under their supervision, or a 61% failure. In certain circles, we call that a landslide failure.

If I was told inside a high altitude flying airplane that only 39% of the parachutes would open, and there is a 61% chance for me ploughing a farmer's land below, I would seriously consider in my last moments finding faith in religion and regret making stupid decisions like jumping out of airplanes.

During the COVID-19 pandemic, Karim was chosen to lead a 45-person Ministerial Advisory Committee. The committee was intended to guide the South African government's response to the pandemic, and included several other medical experts.

His widely anticipated prediction that a fourth wave will hit South Africa on the 2nd December 2021 that would last for 75 days (exact time and a patient zero is still yet unknown) is already causing a panic amongst 29.05% of the South African population that supports compulsory vaccination and mandatory wearing of mask to prevent the transmission of a disease that caused the death of 0.02% of those infected with Covid 19.

Karim is a recipient of the TWAS Prize (2008), the most prestigious scientific award in Africa, the Kwame Nkrumah Continental Scientific Award, as well as the Reebok Human Rights Award, the Olusegun Obasanjo Prize, and other honours. In 2020 he received jointly with his wife, Quarraisha Abdool Karim the

Content created and supplied by: Drino (via Opera News )