By BandileBlessing (self media writer) | 15 days ago

The topic of HIV/AIDS is one that is rarely discussed in today's culture. Recent diseases and pathogens such as the coronavirus, Lassa fever, and even ordinary infections have distracted many people from the virus's existence even in modern times. 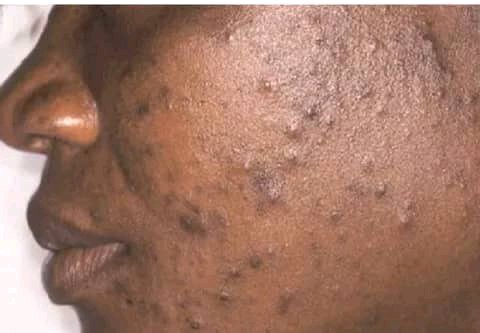 According to studies and data, about one million individuals die each year as a result of this illness. The World Health Organization (WHO) has launched a series of public awareness campaigns and sensitization campaigns targeted at putting an end to the pandemic. However, investigations have revealed that the majority of virus transmission cases are caused by a lack of awareness of the virus's existence in the blood. To put it another way, many people may have seen symptoms of this virus that they mistook for other illnesses, therefore spreading it to others.

In this case, we'll look at certain HIV/AIDS symptoms that are frequently overlooked.

1. Rashes and boils on the skin.

One of the most visible symptoms of the virus is rashes and boils in sensitive areas of the body. The private area and face are the focus of this rash and skin irritation. Even after using numerous medications, it tends to linger for several months.

2. Fever that lasts a long time.

3. Significant weight loss and a loss of appetite

However, the virus cannot be blamed for all cases of weight loss. Weight loss can be caused by poor nutrition, financial stress, sadness, or even physical activity; however, when a person loses a significant amount of weight even when none of the above conditions are present, the virus is a possibility.

4. Swelling and allergic reactions in the genitals.

There are numerous things that can cause irritation, but a circumstance in which a person gets swollenness or soreness around the private part region without any apparent cause could be a sign of the virus.

5. A persistent headache that lasts for months.

Headache is a typical occurrence in humans that can be caused by environmental factors, frantic activity, fever, or stress – but a situation in which an individual develops a headache that lasts for months despite medical treatment could be a red flag.

Respiratory tract illnesses like as whooping cough, tuberculosis, lungs disorders, and others have been demonstrated in studies to be a strong indicator of the virus. Although the existence of cough and tuberculosis is not a direct indication that a person is infected with the virus, it is one of the most common symptoms.

Caution: Experiencing the above symptoms does not signify a person is infected with the virus; they are simply normal reactions that occur with other illnesses; therefore, if you notice the following symptoms, you should consult a doctor rather than making conclusions.

Kaizer Chiefs Provides an UPDATE to Supporters This Friday