The actor who played Forrest Gump in the movies "Forrest Gump" and "Saving Private Ryan" is a big football fan, though not of the team you'd think! Hanks is a fan of Aston Villa, though he has stated that he is a fan of the club's name more than their form or history, noting that Aston Villa sounded "nice." When he shot the 2002 film "51st State" in the city and attended a game at Anfield, the "Pulp Fiction" star fell in love with the city and hasn't stopped supporting the Reds since.

Jackson is an outspoken supporter of the Reds, frequently tweeting variations of "Liverpool"

After Mesut Ozil incorrectly labeled him as an Arsenal fan in a tweet when the two met in 2014, the actor had to re-upload and re-caption the photo more generically. The "Rocky" star is a Toffees fan who attended a game at Goodison Park in 2007.

His connection to the Merseyside club stems from his acquaintance with club director Robert Earl, who earlier expressed regret for not purchasing the club when the opportunity arose. Jay-love Z's for Arsenal is rooted in his fondness for Thierry Henry, much like director Spike Lee's.

He's been to the Emirates a few times, as seen by the photo. He was accompanied by Coldplay vocalist Chris Martin on this specific occasion, who may have been teaching the offside rule to him. In 2016, Mark Wahlberg, best known for his appearances in "Ted," "Boogie Nights," and "The Departed," paid a visit to White Hart Lane.

With his family, the actor watched Croatia's thrilling World Cup quarter-final penalty shootout win over Russia and shared a video on Instagram rallying his support for Harry Kane and Dele, stating: "Russia has had an incredible World Cup run. Croatia, congratulations on your victory. Now it's your turn, Harry and Dele!" Ferrell, one of Hollywood's most popular comedians, is a supporter of both LAFC and Chelsea. Along with Mia Hamm and Magic Johnson, he is one of several celebrities who own the Tinseltown side.

Ferrell is a Blues supporter who served as honorary club captain during a United States pre-season game versus Inter in 2009. 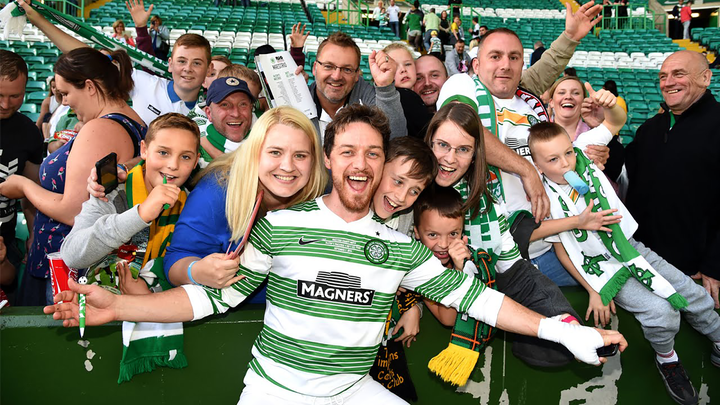 The Glasgow native is a lifelong Celtic supporter who landed a role in the film "The Last Station" as a result of his passion for the game. He became friends with the producer, who was a Manchester United fan, in addition to his own affinity for the Hoops.

However, he has frequently lamented the difficulties of being a Celtic supporter, telling The Guardian in an interview: "Being a Celtics fan is difficult. You have great highs, such as beating Manchester United or Barcelona, but you also have low-level sadness when you are beaten." The London-born actor (and potential future James Bond) is a die-hard Arsenal supporter who has shown his passion for the club on numerous occasions.

Elba has even stated that the prospect of Tottenham winning the Premier League would make him physically uncomfortable: "I'd be physically ill, practically throwing up." They haven't been doing well for a long time, but now they are, so good luck to them. 007 – sometimes known as James Bond – is a lifelong Liverpool fan who has attended several games at Anfield.

However, given his job as Bond, his outspoken backing for the Merseysiders drew criticism. Mike Parry of TalkSPORT said that because Bond's character "belongs to the whole of England," he should be a neutral football fan. Bond has no loyalty to any team, despite Parry's assertion that Craig is free to support anybody he wants. His remarks drew a lot of backlash on social media, as one might expect. 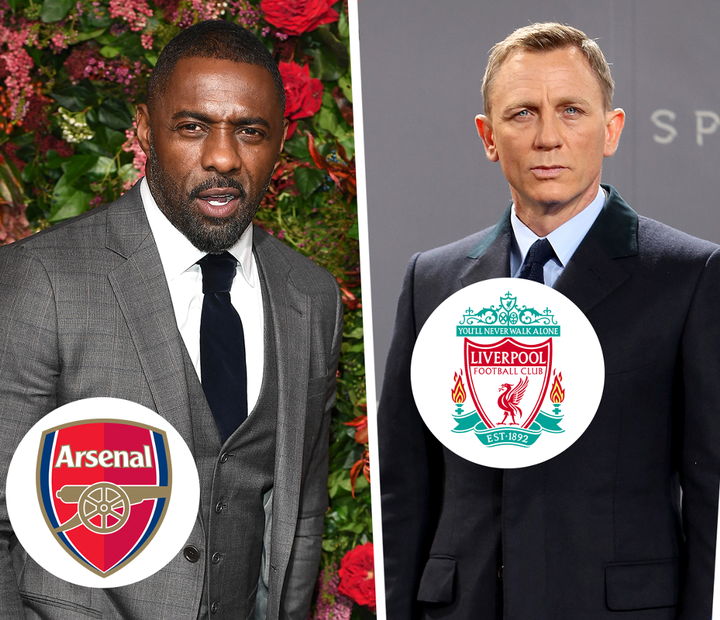