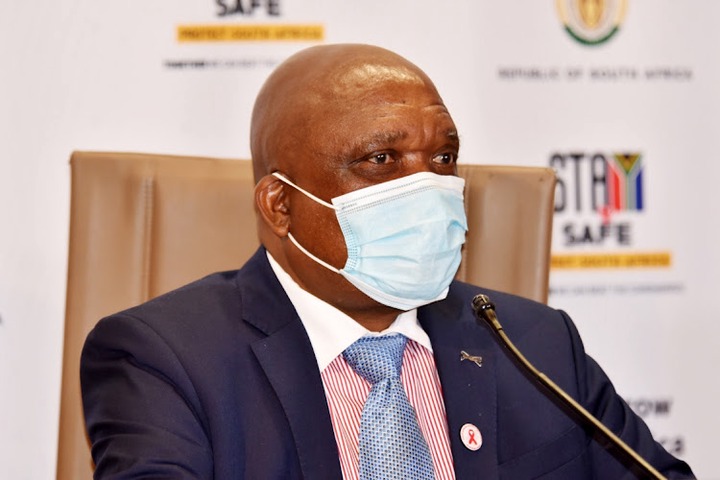 Wellbeing priest Joe Phaahla says there is "definitely no compelling reason to freeze" about the development of the Omicron variation and fears of a fourth rush of Covid-19 contaminations in light of the fact that the nation is ready to manage it..

The public authority is drawing in a few nations which forced travel boycotts against SA to switch that "unjustifiable" choice, he added.

In a media instructions on Monday, a few authorities said they were not surprised and had before this year anticipated the fourth rush of contaminations.

"We need to repeat that there is definitely no compelling reason to freeze. There is only no reason for a portion of the heads of nations which have forced travel limitations for us in South Africa and different nations in Southern Africa.

"There is no reason for South Africans to freeze. We have been here previously, this is no new region for us. We are presently over 20 months experienced as far as Covid-19, different variations and waves," Phaahla said.

It could take somewhere in the range of two and a month to make certain about current realities about Omicron itself, yet as indicated by Prof Salim Abdool Karim, "current antibodies' ...

SA has experienced harsh criticism subsequent to revealing the development of the variation. Phaahla, notwithstanding, shielded the choice as he said thanks to researchers for their steady work.

"We are in an ideal situation managing an adversary we know," he said.

Gauteng wellbeing DDG Dr Freddy Kgongwana repeated comparative opinions, saying the region was ready and had adequate ability to manage a fourth wave, notwithstanding an absence of trust shown by certain networks.

"We can't deny there are difficulties. The issue we have is that we really want to guarantee networks that we are prepared for the fourth wave.

"We know about the degree of question that exists in our networks however we have gone through three waves and we are certain we are going through the fourth wave and we will settle on proper choices on schedule for whatever curves or choices that fourth wave will introduce," said Kgongwana.

The division of worldwide relations and co-activity (Dirco) bemoaned the choice by nations including the UK, US, Sri Lanka, Oman, Japan, Thailand and Mauritius to force travel prohibitions on SA and different nations in light of Omicron.

The division's Clayson Monyela said: "It's very deplorable, exceptionally grievous to discuss travel limitations ... This choice is ridiculous and outlandish on the grounds that it's not founded on science. We as Dirco are connecting every one of the nations that have taken this choice, so as to convince them to invert this choice."

The boycotts have caused disappointment among voyagers, leaving some abandoned in unfamiliar nations.

Monyela said the office had gathered a group to deliver the fundamental consular administrations.

Tending to the country on Sunday, President Cyril Ramaphosa additionally pummeled the movement boycotts against Southern African nations, saying they were inappropriate, oppressive and not upheld by science.

'No need to panic': health minister on Omicron variant in SA (timeslive.co.za)

A heroic Security officer faced off against something terrifying while on Patrol with his dog.

Zimbabweans Are Not The Only Foreigners Causing Problems In South Africa, Here Are Their Partners