Botswana doctor goes on the run. See what he did

A Botswana doctor has gone on the run after at least 25 people lodged a complaint against him.

Dr Thabo Rowland is said to have performed operations and inserted an electric device inside his patients stomachs leaving them in excruciating pain.

Speaking in an interview this week, one of Rowland’s victims, Margaret Morapedi, said, “The implantation was done two years back and, since then, I have been depending on painkillers, but when the pain becomes unbearable, I go to Princess Marina Hospital. Marina has referred me to another private hospital but the doctors are scared to remove this device, yet I have been burning inside ever since it was implanted. 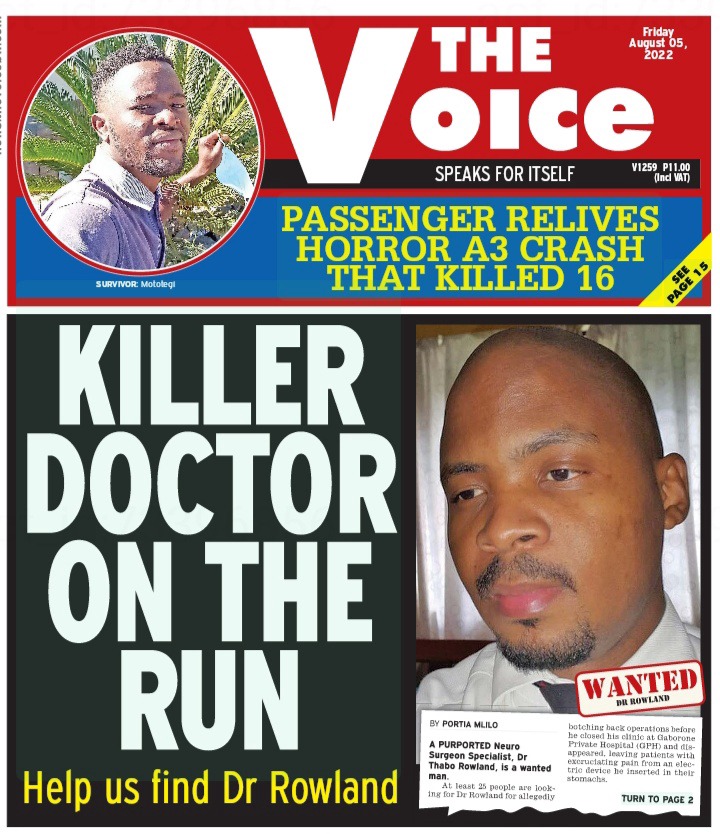 "I was admitted with another patient who lost her life and I am afraid I might be next. Dr Rowland never consulted me about this. He only told me about the back surgery and the next thing he gave me was a remote control, which he said was to monitor the stimulator inside my tummy in order to control pain. I want this removed, but where is he now? I just wish the Ministry of Health and Princess Marina Hospital would treat this as an urgent matter.”

Another victim of the controversial surgeon is David Kiberu, who was referred by Princess Marina Hospital to GPH for a back problem only to be injured by Dr Rowland with his device. “He performed back surgery and implanted what he said was a ‘spinal cord stimulator to relieve the pain’,” said Kiberu.

The surgery was done on the 28th of January, on her birthday, and after that she started experiencing a burning sensation inside.

When she complained about it, the doctor said she was hallucinating. She was discharged the 9th of February and, two days later, she was back at Princess Marina Hospital emergency section. 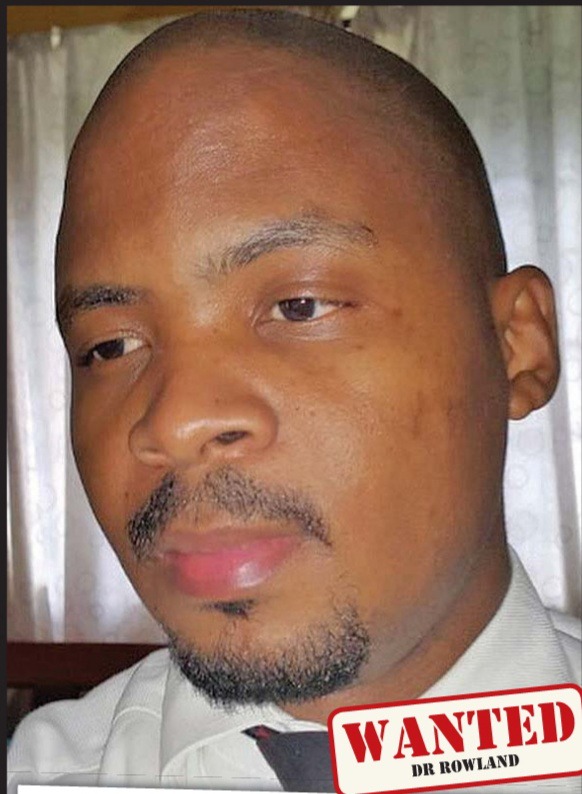 The doctors called him to explain about the stimulator and he said he would get back to them but never answered the phone.

When she asked the doctors to remove the stimulator, they said the doctor who inserted it would have to do it but he was nowhere to be found. She consulted another doctor in South Africa and he, too, did not want to take the risk of removing it, so she is stuck with it.

Meanwhile, one of Dr Rowland’s patient has not been so lucky.

Nurse Rale Tekeletso died a year and three months after the doctor had implanted the spinal cord stimulator in her back.