5 Side effects of drinking too much soda 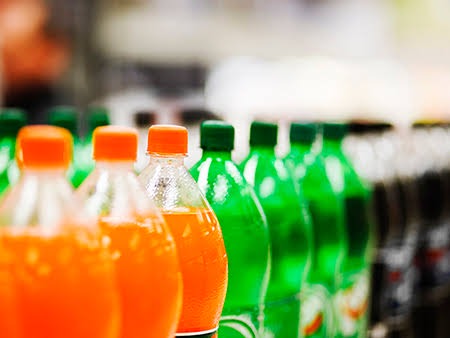 A single 12-ounce can of soda packs an average of 39 grams of sugar—that's more than three times the amount you'd get in a Krispy Kreme glazed donut, and yet, we're still drinking the stuff by the gallon. The CDC reports that 49% of adults in the U.S. drink at least one regular soda or other sweetened beverage per day, which adds up to a ton of calories, sugar, and extra weight per year.

People consider sugary drinks to be a significant contributor to many health conditions, including obesity, type 2 diabetes, and tooth decay. Research has shown that drinking a can of Coca-Cola can have damaging effects on the body within an hour. 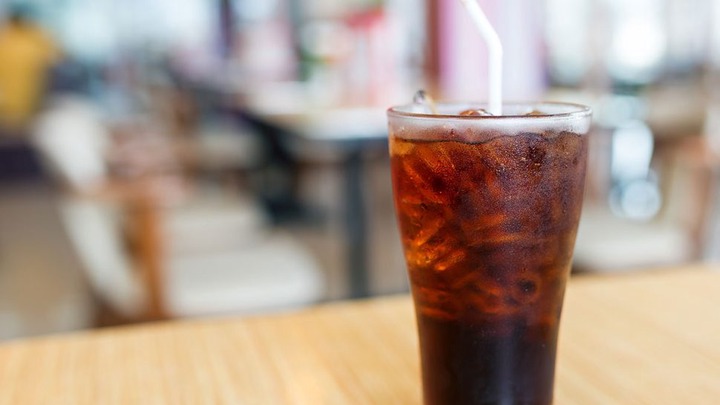 1.Sugary Drinks Do Not Make You Feel Full and Are Strongly Linked to Weight Gain

The most common form of added sugar — sucrose or table sugar — supplies large amounts of the simple sugar fructose.

Fructose does not lower the hunger hormone ghrelin or stimulate fullness in the same way as glucose, the sugar that forms when you digest starchy foods.

Thus, when you consume liquid sugar, you usually add it on top of your total calorie intake — because sugary drinks don’t make you feel full.

In one study, people who drank sugary soda in addition to their current diet consumed 17% more calories than before.

In one study in children, each daily serving of sugar-sweetened beverages was linked to a 60% increased risk of obesity.

In fact, sugary drinks are among the most fattening aspects of the modern diet.

A single 12-ounce can of soda contains almost ten packets of sugar, coating your teeth and gums every time you crack open a can. In fact, multiple studies have shown just how deleterious soda can be to your teeth; left in soda for sufficient time, human teeth will actually dissolve. Unfortunately, despite the claims pushed by some toothpaste companies, tooth enamel can't be regrown after it's eroded—once it's gone, it's gone for good

Sporting a spare tire? Blame your soda habit. The refined sugar in soda is quickly absorbed, causing your blood sugar to spike. This sudden surge in blood sugar triggers the production of insulin and can turn that sugar into fat—particularly those pounds around your waist—in no time. Fortunately, eliminating soda from your diet can save you thousands of calories and hundreds of thousands of grams of sugar each year, fighting that belly fat.

Often called the most excruciating pain this side of childbirth, kidney stones are the result of an accumulation of minerals in the kidneys over time, which eventually pass through the urethra. Unfortunately, those with regular soda habits are at an increased risk for this unpleasant condition; both excessive sugar consumption and dehydration are associated with increased risk of kidney stones, and soda just so happens to contribute to both.

If you are a woman, consumption of cola-type, carbonated drinks may reduce your bone strength.

In an October 2006 article published in “The American Journal of Clinical Nutrition,” nutrition scientist Katherine Tucker, Ph.D., and colleagues report that women who consume regular and diet cola tend to have weaker hipbones compared to those who do not drink these beverages.

The authors note that the degree of bone weakness correlates to the amount of cola consumed.

Drinking high-sugar soft drinks is most commonly associated with obesity, type 2 diabetes, and weight gain. But sodas can also have ill effects on your smile, potentially leading to cavities and even visible tooth decay. … When you drink soda, the sugars it contains interact with bacteria in your mouth to form acid. 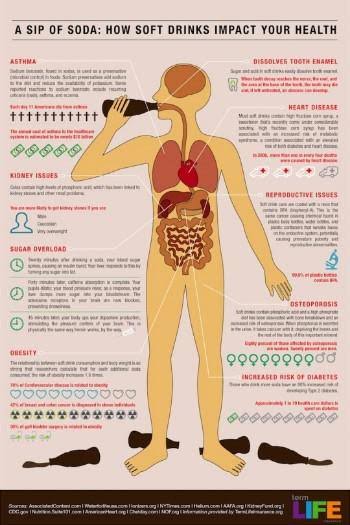