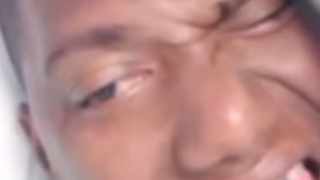 No one thinks a hair cut and neck massage could result in you being hospitalised. That is exactly what happened to a Durban resident. Chiropractic Association of South Africa has warned against untrained people manipulating muscles and joints in the neck.

A man called Wayne Naidoo who is 29 years old from Sunford Durban went for a hair cut at a local barbershop on the 9th January 2022.

According to Wayne's brother, Wenzil Naidoo, after trimming his hair, the barber offered to massage and attempt to loosen his neck and shoulder muscles.

Wayne agreed because the barber had done this for him before and he had not experienced any problems.

"The barber held onto his neck and the area below his chin and in a quick motion turned his head to the left and then to the right. According to Wenzil, This technique normally loosens any tight muscles.

When this is done, you hear a cracking sound. For this reason the technique is called 'breaking the neck'," said Naidoo, who works as a paramedic.

When Wayne returned home he felt fine. But later that afternoon he had pain in his shoulders, neck and head.

"The family say his speech was also starting to slur and his eyes began to twitch. By the next morning, the pain on his shoulder, neck and head had intensified. He was quickly taken to his doctor, who said the injury to the neck was severe. He was then referred to a hospital in Durban."

When the doctors did a CT scan and an MRI, they found that the man had damaged a nerve in his neck.

Wayne was admitted to the Intensive Care Unit when he arrived at hospital and the doctors assured them that the damage was treatable. A few days later he was moved to a general ward in the hospital and on Sunday he was discharged.

"Wayne is still struggling with headaches and pain in his neck and shoulders. The medication he got is keeping the eye twitch under control.

He is scheduled to undergo physiotherapy and visit a neurosurgeon for a follow-up examination.