10 African Countries With The Highest HIV/AIDS Rate In 2021; See Where South Africa is.

HIV, or human immunodeficiency virus, is a virus that spreads through bodily fluids like blood and impairs a person's immune system by attacking cells that help fight infection, specifically CD4 cells. If left untreated, HIV can progress to acquired immunodeficiency syndrome, or AIDS. 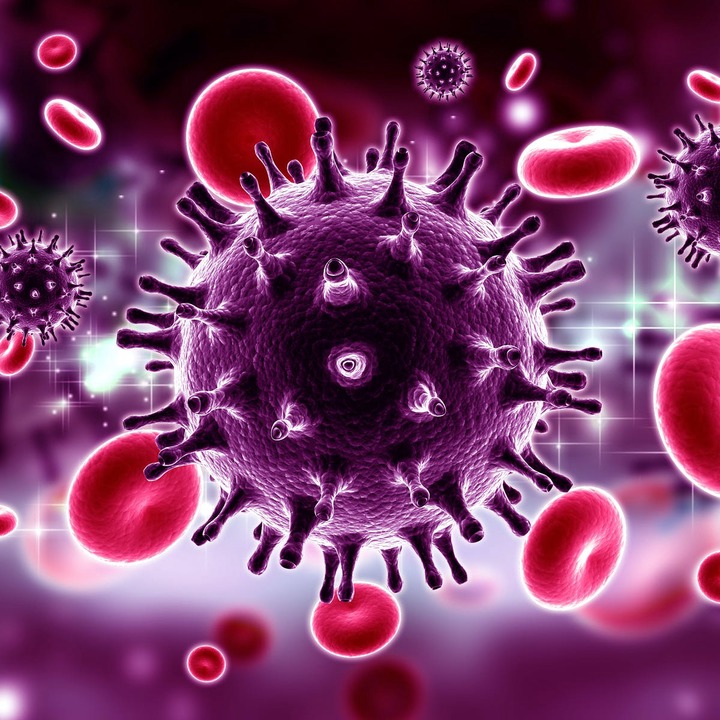 Because the human body cannot entirely fight HIV, unlike most other viruses, once it is contracted, the person is infected for life. Fortunately, it can be managed, and its advancement delayed greatly.

In 2018, the World Health Organization estimates that 37.9 million individuals worldwide are living with HIV. In adults aged 15 to 29, the prevalence of HIV is estimated to be around 0.8 percent of the global population. Sadly, because Africa is thought to be the source of HIV, it has the greatest prevalence, with an estimated 3.9 percent (anywhere from 3.3-4.5 percent ).

Uganda has the world's tenth-highest HIV rate, at 6.50 percent. In Uganda, 1.4 million people are infected with HIV. In Uganda, 84 percent of people afflicted are aware of their HIV status, 87 percent are on HIV treatment, and 88 percent of those on treatment are virally suppressed, according to the 90-90-90 targets.

With a rate of 9.20 percent, Malawi is the first country on the list to have an HIV rate below 10%. This is the world's 9th highest rate.

In Malawi, over 1 million people are infected with HIV, with young people being especially vulnerable. Young adults aged 15 to 24 years old accounted for about one-third of all new HIV infections in the country.

Mozambique has the eighth-highest HIV rate in the world, at 12.30 percent. In Mozambique, 2.2 million individuals have HIV, with 150,000 people newly infected as of 2018. In Mozambique, women are disproportionately affected by HIV: women account for over 60% of HIV-positive adults, and new HIV infections among young women (ages 15-24) were nearly double those among young males.

With a rate of 12.40 percent, Zambia has the world's seventh-highest HIV rate.

Zambia has 1.2 million HIV-positive persons, with 78% of adults and 79% of children receiving antiretroviral therapy (ART). Seventy-five percent of individuals who have access to ART are virally suppressed, and HIV-positive people's life expectancy has increased dramatically.

Zimbabwe has the world's sixth-highest HIV rate, at 13.50 percent. In Zimbabwe, 1.3 million people are infected with HIV. ART is being used by 89 percent of HIV-positive adults and 7% of HIV-positive children. Thanks to PMTCT programs that allow nearly every pregnant woman to receive ART, Zimbabwe has seen a decrease in new HIV infections among babies.

With a rate of 13.80 percent, Namibia has the world's fifth highest HIV rate. In the country, HIV is the top cause of death. In 2018, over 6,100 persons in Namibia were newly infected with HIV, bringing the total number of HIV-positive people in Namibia to around 200,000. Around 92 percent of adults and children in the country with HIV are on antiretroviral therapy (ART).

240,000 new HIV infections were reported in South Africa in 2018. With 62 percent of adults and 63 percent of children living with HIV receiving ART, the country has the world's largest ART program.

Lesotho has the world's second-highest HIV rate, at 25%. Lesotho has 340,000 HIV-positive persons.

Swaziland has the world's highest HIV prevalence and incidence rate (27%) of any country.

Fortunately, between 2011 and 2016, Swaziland drastically reduced its rate of new infections by nearly half because of enhanced treatment and prevention facilities. Furthermore, the percentage of adult HIV patients with viral load suppression increased from 34.8 percent to 71.3 percent.

CARTER: Bela-Bela was a great experience and he is happy

Important Suggestions On How SA teens need to be tech savvy.