How To Hack Your Own Poop

When my poop is bright red, the culprit is usually beets I ate a day or two before. As beets have become a larger part of my diet, the number of seconds I stare at bright red poop while thinking I'm about to die have steadily decreased. But recently, faced with another clean white bowl of shocking red poop, I ran through everything I'd eaten in the past week and came up beet-free. Panic naturally followed.

The longer I spent googling poop colors, the more intrigued I got. What about other colors besides red? What about texture, or size, or smell? Could I hack my own poop? 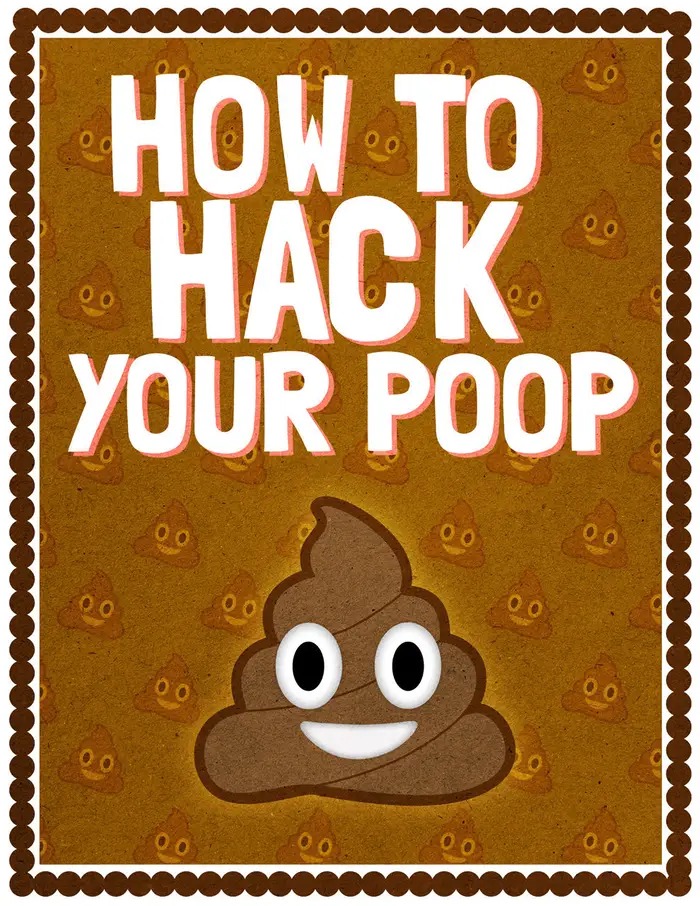 Poop isn't brown because all the gloriously colored foods you've eaten have mixed together to create a single shade; it's brown because of bile. Bile is a liquid, produced by our livers and stored in our gallbladders, that mostly serves to break down fats and remove them from digested foods so that our small intestines can snag the fats and process them. "Bile is green," says Sheth, "but as it goes through the GI [gastrointestinal] tract it's actually metabolized by bacteria in the small intestine." That interaction of bile with the intestine's bacteria also results in a byproduct we don't need, called stercobilin, which is disposed of with the poop. And stercobilin, surprise surprise, is brown.

Ultimately, if your poop is brown, you know that all kinds of gross mushy guts are working properly — your liver, intestine, gallbladder, everything has worked together to come up with that lovely brown color.

Poop that comes out kind of chalky gray or white-colored is a classic sign that something has gone wrong way back in your system. Pale poop could mean you have a gallstone that's blocking the gallbladder from injecting its bile, but it could also be caused by pancreatic cancer. Pale poop: very bad.

Similarly, beware of notably gross yellow poops. You'll know that something's wrong here; they'll smell terrible, for one thing, and feel greasy and disgusting. They're the result of fat finding its way into your poop — remember, your bile was supposed to take care of fat. The problem could be a parasite like giardia, it could be a result of taking an over-the-counter weight loss drug like Alli, it could be evidence of celiac disease. Who knows? See a doctor.

Black poop is also very bad. It's called melena, and it means you've got something bleeding in your upper gastrointestinal tract. "This could be caused by something like an ulcer in the stomach," says Sheth. "The blood is red in the stomach, but by the time it goes down through the system, it gets digested and turns thick and tarry and black."

Green poop can be caused by totally innocuous things, which we'll get to later. But it can also be caused by what's called "rapid transit," meaning the bile doesn't spend enough time (it usually needs a few hours) in the intestine, getting broken down and churning out brown stercobilin. Green poop caused by rapid transit is usually pretty loose or straight-up diarrhea, and can be the result of some kind of intestinal bug.