This article was originally published on Kueez

It's no secret that celebrities engage in some unusual behaviors in many facets of their lives. That includes the food they eat and how they eat it in some cases. Some people keep strange eating habits for health reasons, while others simply enjoy strange food combinations. These bizarre eating habits are simply the tip of the culinary iceberg when it comes to some celebrities' bizarre dietary habits. Continue reading to see all of the unusual food combinations that celebrities consume, as well as the unusual manner in which they eat them.

Meghan Markle is well-known for a variety of reasons, including being a successful actress and provoking royal family strife. However, most people are unaware of the strange ingredient she uses in her spaghetti sauce. 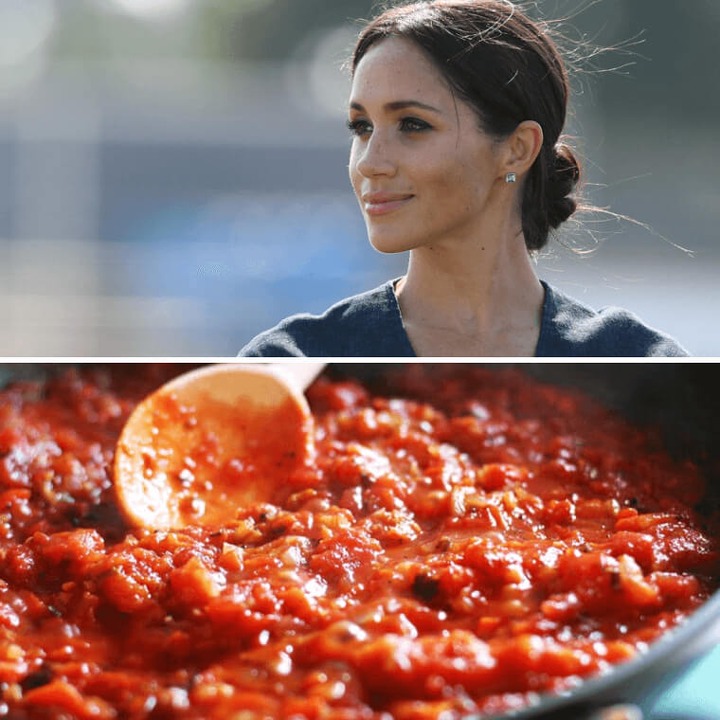 Markle prepares her cheesy spaghetti and then tops it with mashed zucchini and bouillon. It's easy to see why the Queen didn't like her; who puts mashed zucchini in pasta? Although some people are infatuated with her dish, we prefer Gigi Hadid's spicy cream sauce.

2. Ed Sheeran Is a Ketchup Addict

If you're a fan of Ed Sheeran, you're aware that he's a ketchup fiend. He loves it so much that he has several Heinz tattoos and never leaves the house without ketchup on hand. Sheeran refuses to eat a meal without it. 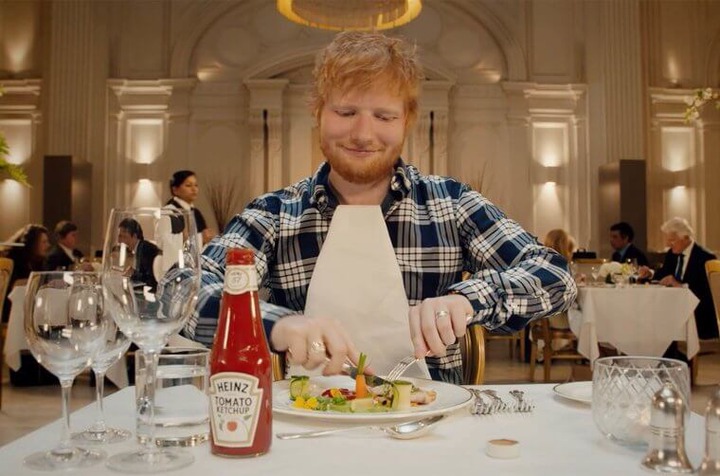 Sheeran has been so irritated by restaurants that don't supply ketchup that he now requires crucial members of his entourage to carry extra ketchup. Heinz chose him for their advertisement because they admire his obsession.

The buttery popcorn that costs way more than it should has to be the finest part of going to the movies. Despite all of the salt and butter, Selena Gomez has discovered a method to improve popcorn even more by dipping it in pickle juice. 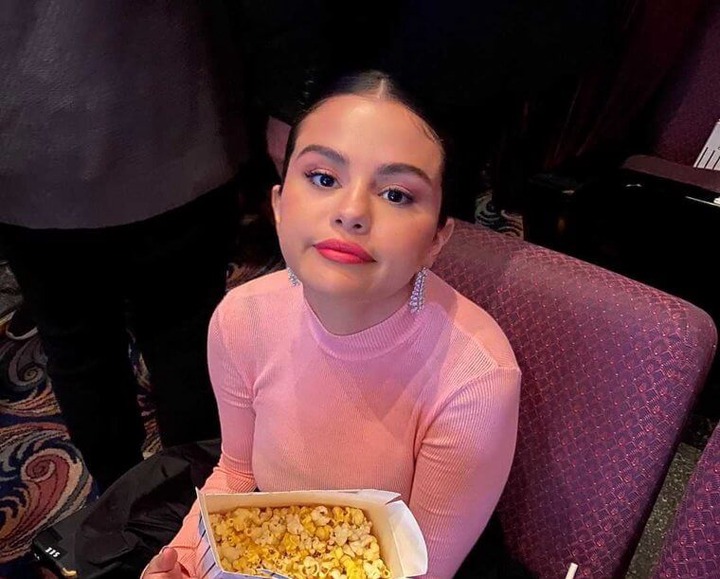 Gomez refers to it as "Texas-style popcorn," and it sounds delicious. To create it, she starts with a bowl of popcorn, then adds tabasco and tops it with pickle juice. We're going to give it a shot, even though it sounds like it'll make a mess and make the popcorn soggy.

Have you ever considered pairing ketchup with bananas? We were a little queasy when we heard about this pairing because it doesn't sound particularly appetizing. This is one of the strangest pairings we've ever heard. If you want to eat like Beyonce, combine ketchup with bananas, as this is one of her favorite combinations. We're not sure if Ed Sheeran, who is fascinated with ketchup, would approve of this. Beyonce is also renowned for carrying a bottle of spicy sauce in her purse.

Fruit and fish should only be combined in fish tacos, in our opinion. Adrienne Bailon, on the other hand, might disagree because she uses an unusual ingredient in her tuna salad that should be prohibited. When she was making snacks after school, she had the idea. 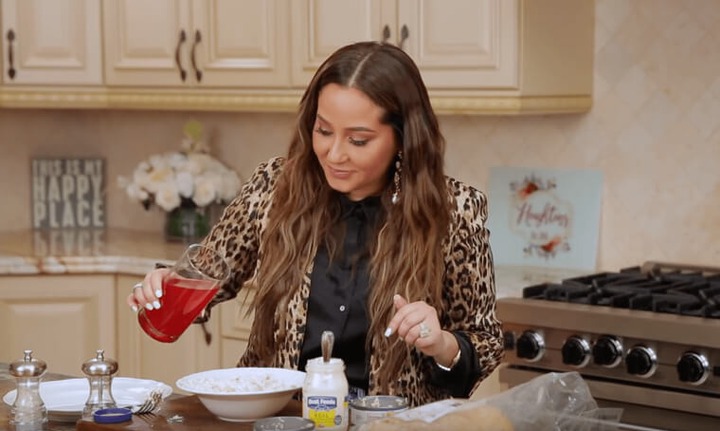 Bailon builds herself a tuna sandwich, then dips it in fruit punch before devouring it. It seems revolting because tuna and fruit should never be combined, but everyone has different tastes. Bananas are also a staple in Bailon's quesadillas.

Many people enjoy certain cuisine combinations, while others consider them to be odd. Channing Tatum's favorite sandwich, for example, is something you'd never think to put together since it'd definitely make you sick. 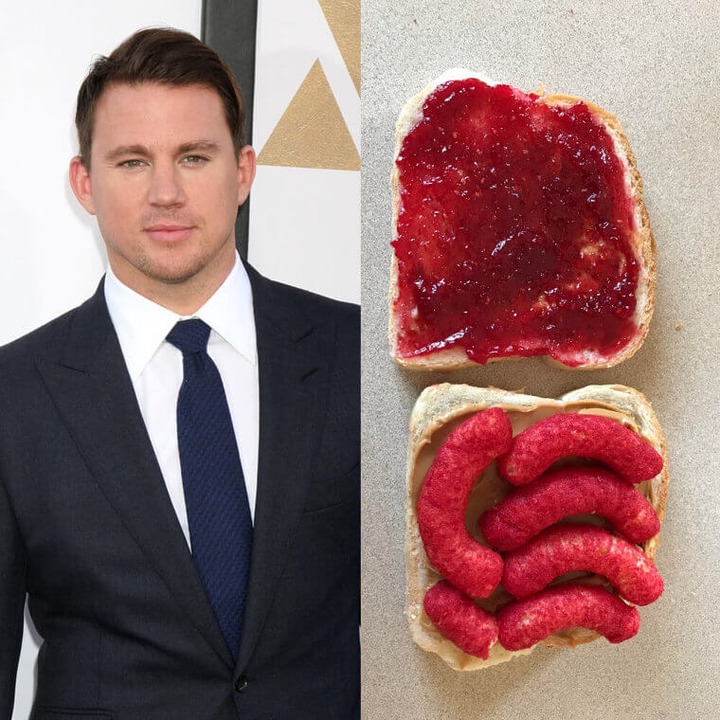 Peanut butter and jelly with a layer of crunchy Cheetos in the middle is Tatum's favorite sandwich. We'd never think of pairing a cheese snack with PB&J because it's already the right sweet-salty combination. We can't judge it until we try it, but we're not sure if we'll be able to.

7. Before every show, John Legend has to eat chicken.

John Legend has very special dietary tastes, despite the fact that his wife is the house chef. Legend, in particular, must have roasted chicken and steamed veggies before every performance. It's got to be some type of lucky charm. Legend must also have it 30 minutes before to the start of his show. He's been doing it for a long, and his favorite side dish is broccoli. We're curious if Chrissy cooks the chicken herself.

8. This is what Danica Patrick puts on her waffles.

We've all heard of people eating chicken and waffles, but Danica Patrick like to take things a step further and go for something more refined. The NASCAR driver had to be seeking for the most opulent manner to consume waffles, and this one fit the bill. 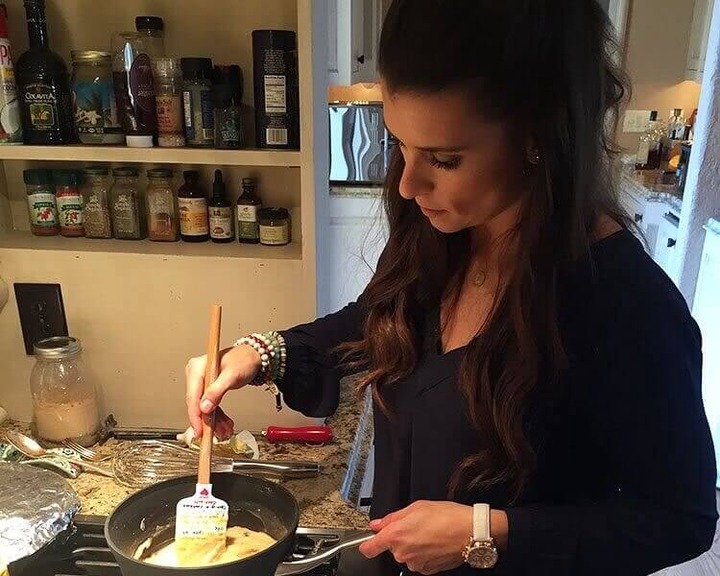 Patrick is a carnivore who will try anything, from bison burgers to filet mignon. However, eating steak with waffles is one of her guilty loves. Because it's sweet and savory, we can see how this would taste wonderful. Someone should put this on a menu somewhere.

Taylor Swift has to be one of the most well-known singers in the world right now. She's been at the top of the charts for nearly a decade, and everyone adores her, regardless of age or gender. Despite her gentle demeanor, she enjoys a tangy accompaniment to every meal. 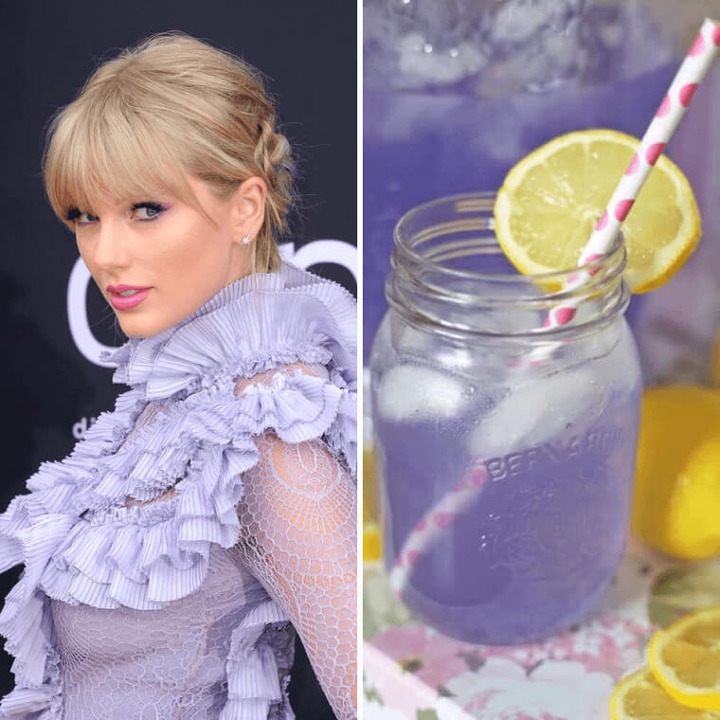 Swift like drinking lavender-flavored lemonade with her sandwiches, and it sounds delicious. It doesn't seem unusual until you learn she has to have this with every sandwich she eats.

Gwyneth Paltrow is well-known for her unusual looks and eating habits. Despite our fondness for mocking her wild lifestyle, she must be doing something right because she appears to remain ageless. You might be perplexed because she described a drink that she enjoys as a special treat in her third cookbook. 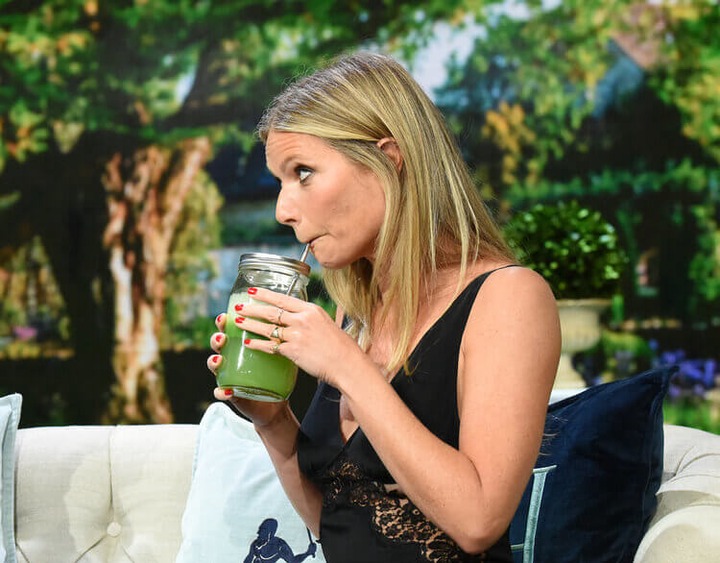 Paltrow mixes almond milk, coconut sugar, minced ginger, and toasted sesame oil in her drink. It smells like salad dressing, but she claims it tastes great on a rainy afternoon. We believe that if Gwyneth Paltrow drinks it, everyone should at least try it. 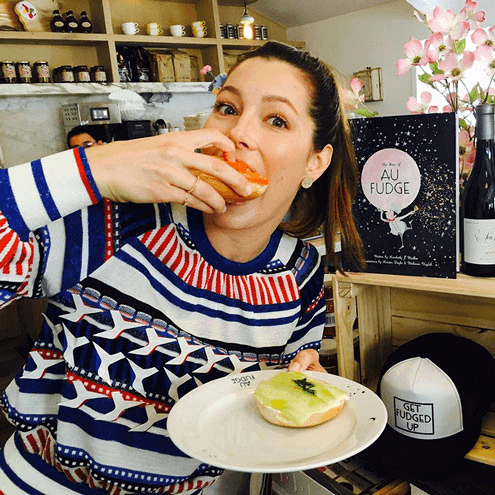 As a mother of two small children, Biel informed Jimmy Fallon that she only has time to have breakfast after her morning shower. We assumed the meal would become soggy or fall in the shower due to the wetness.

Pickles with peanut butter or ice cream are the most stereotypical pregnancy desires. Even though Blake Lively is a lovely actress, she had strange pregnancy cravings. Lively used to send her husband Ryan Reynolds out to get organic, hand-churned pumpkin ice cream when she was pregnant for the first time. The strange part is that she would serve it with artisan pickles. That's something that only a pregnant woman could appreciate.

Kourtney Kardashian hasn't shown how she eats her Kit Kats in a long time, but we're here to remind you. Kourtney has a six-step strategy for consuming the chocolate-covered wafers, unlike other people. 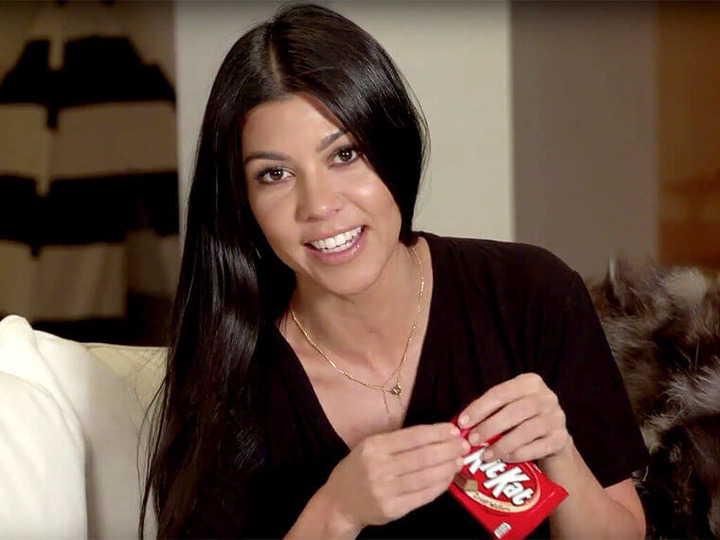 Kourtney breaks the bar in half, bites both ends, eats the chocolate from the long sides, then the top, then splitting each of the wafer layers after the outer chocolate shell is finished. She advises everyone to try her method, however we tried it and found it to be a waste of time.

Katy Perry is one of those persons who is quite careful about what she eats. Perry doesn't have an uncommon food pairing, but she only eats chicken nuggets in a specific shape. 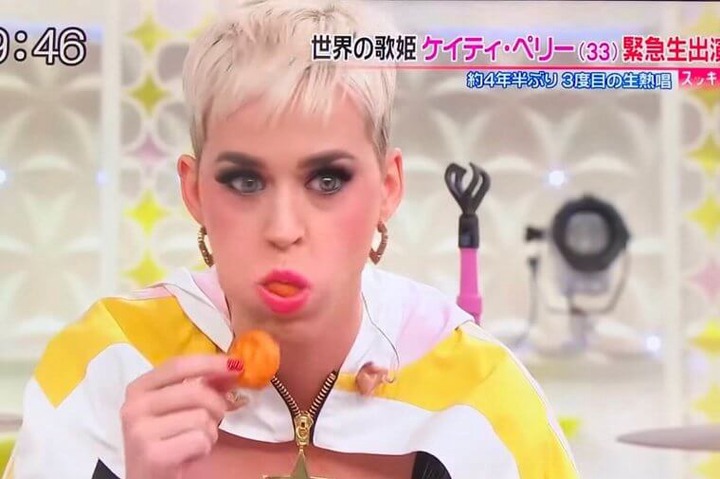 Perry will only eat chicken nuggets in the shape of a boot for some inexplicable reason. That's extremely specific, and we're curious how she finds boot-shaped nuggets every time she craves them.

Despite the fact that Tori Spelling's husband is a qualified chef, she enjoys experimenting in the kitchen. Her spouse has undoubtedly aided her cooking abilities, but she always adds one hidden ingredient to every dish, regardless of whether it makes sense. 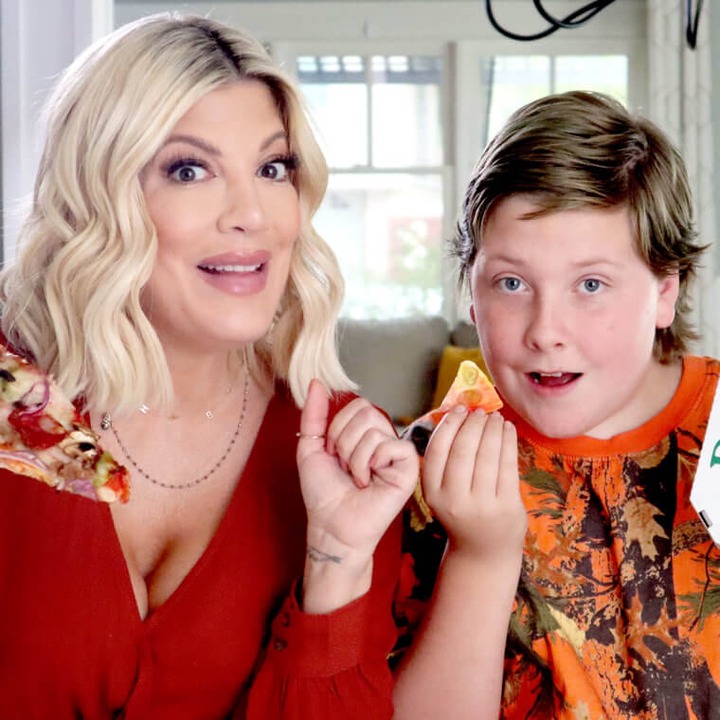 Spelling enjoys include gummy bears in every meal she prepares. Imagine eating a salad and discovering a gummy bear on the side. We would never serve these with savory or even entirely sweet foods, but to each his or her own preferences.

"DNA tests came, I am not the biological father" Man cries after supporting a child for 2 years