By Erapoetblog (self media writer) | 17 days ago

Those who are familiar with Mr Tito Mboweni will know that he does joke with food. In fact, it seems like the former minister of finance has a hobby in cooking. All the time, Mr Tito Mboweni is always posting about pictures of his superb delicacies to his over a million Twitter followers. Nevertheless, today, the ex-minister of finance posted another set of costly delicacies and many South Africans took offence, asking him to go and donate some food to orphanages and elders homes instead of consuming all these alone, almost on daily basis. A South African youth who took no pleasure in what Mr Tito Mboweni is doing said, "@TigerBrands #koo please donate Koo canned food to the amount of likes this post receives to orphanages and old age homes not sponsored by government”. The man also told the tiger brand chief executive officer to donate to orphanages instead of giving it to politicians who are already rich. 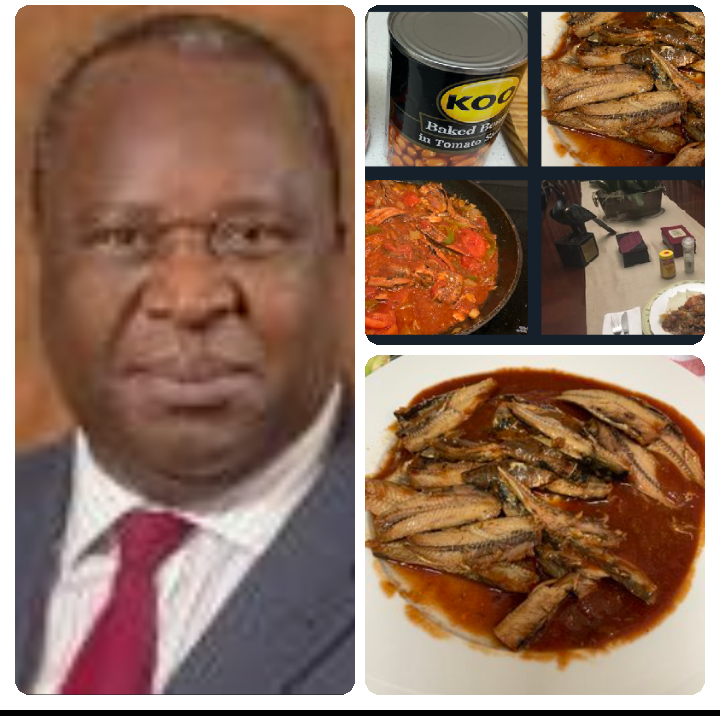 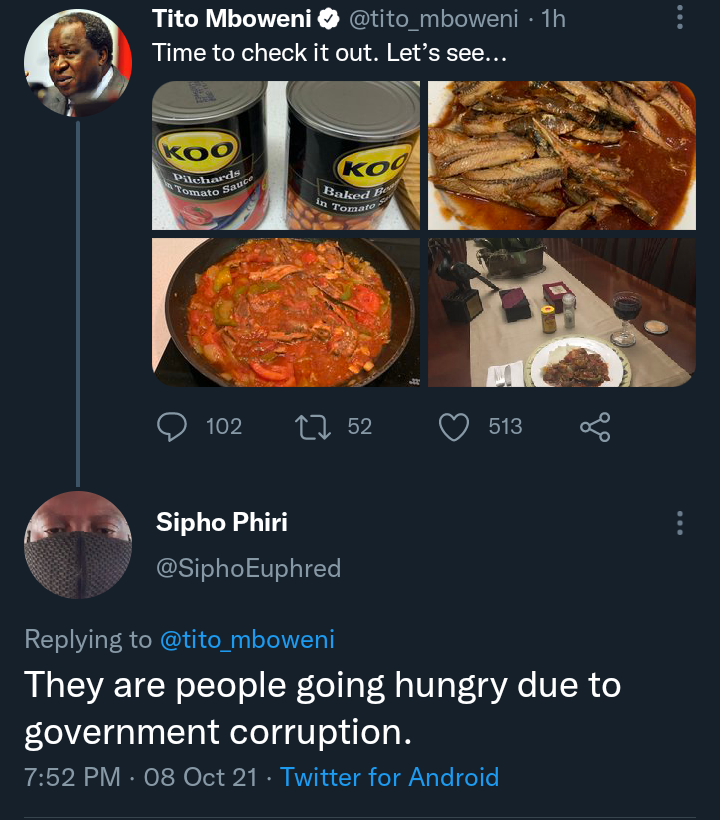 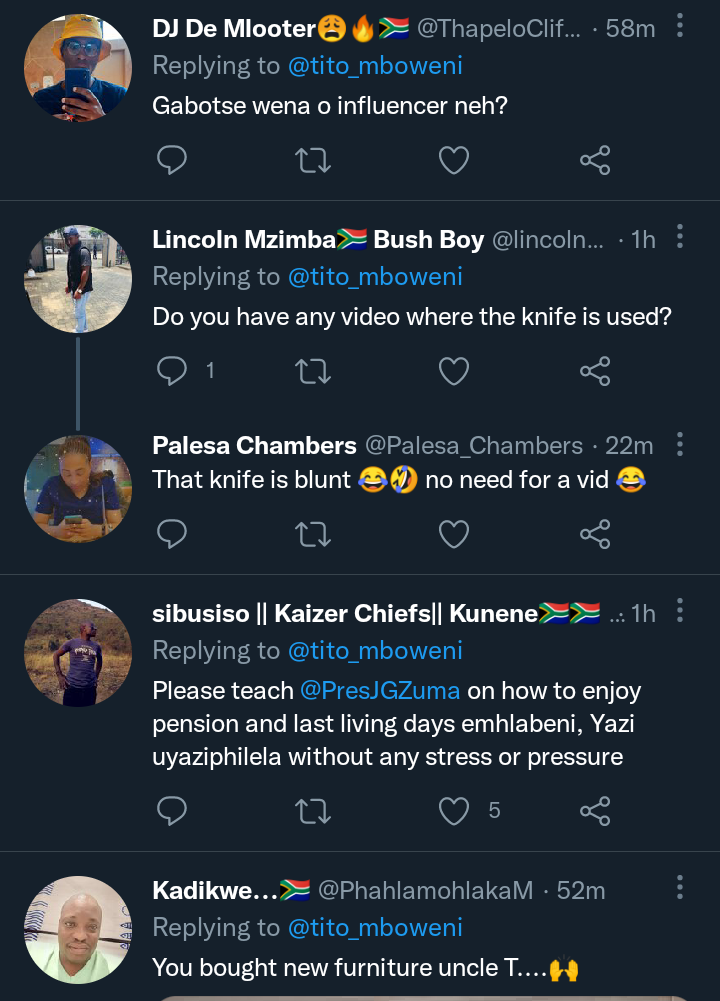 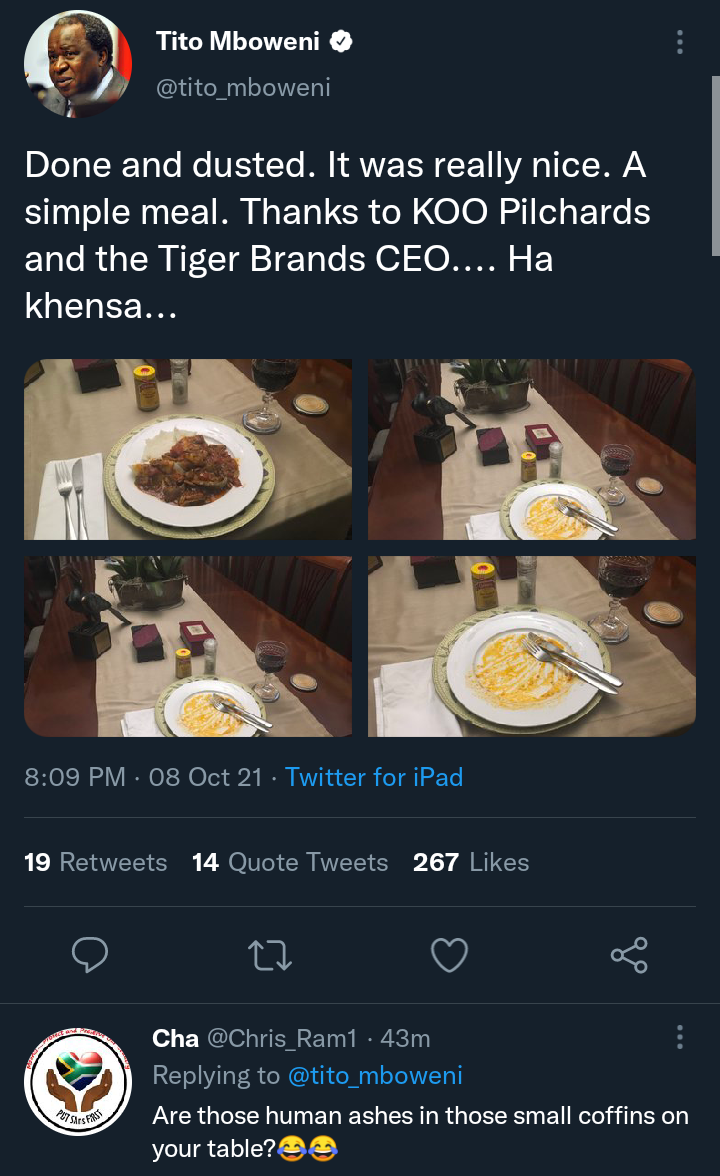 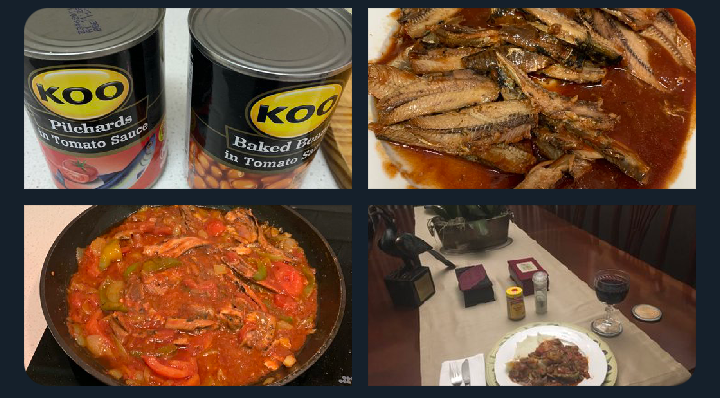 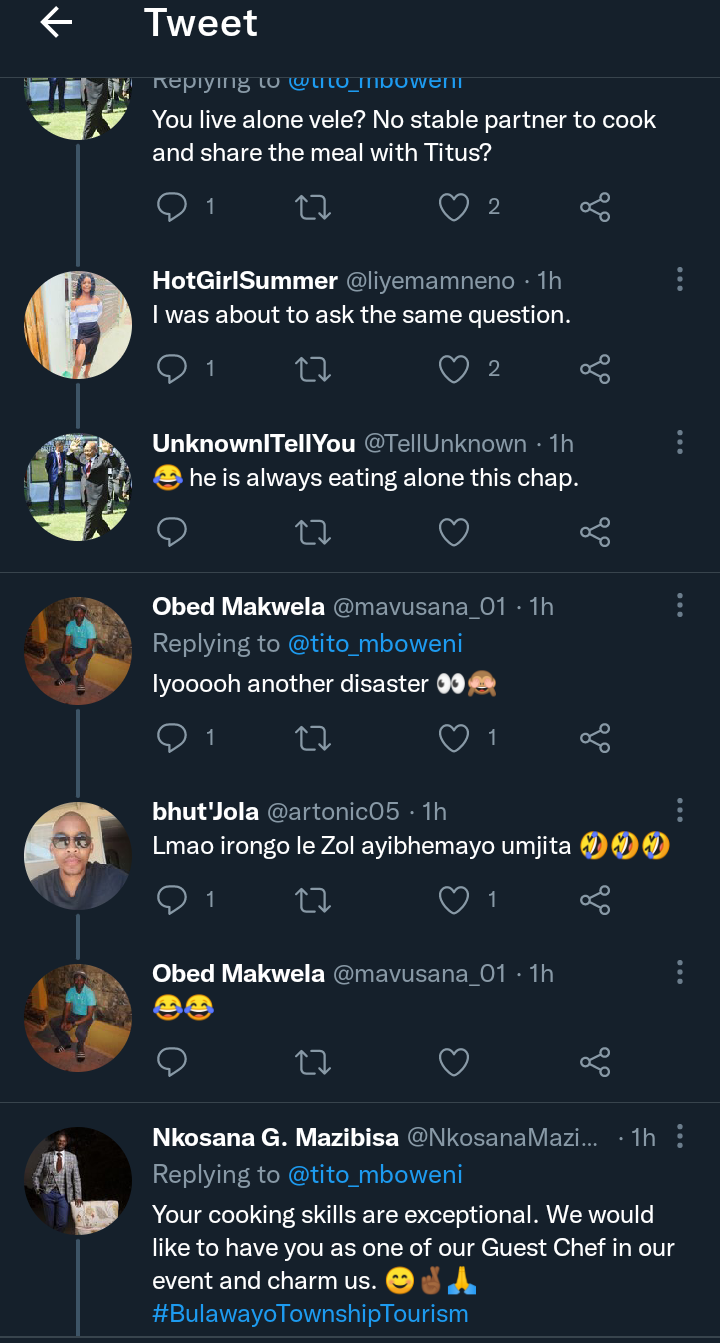 Some people also advised the former minister and ANC chieftain to mind his eating habits, saying that it could be dangerous for his health. This advice is understandable because there is hardly a day that Mr Tito Mboweni will not post pictures of well-prepared and costly delicacies to his numerous Twitter followers and most of them are poor and depends on the meagre 350 rand social grant to survive. A South African youth told him, “Too much of the same thing is bad for your health, you must have a balanced diet. They are people going hungry due to government corruption… But why do you always eat alone, sir?”? One thing is certain, even though Mr Tito Mboweni does not take care of his shoes or iron his old suits, this man does not joke with what he eats. This maybe where most of his money could be going. Some of his delicacies are surely expensive. Poor people can never afford that. 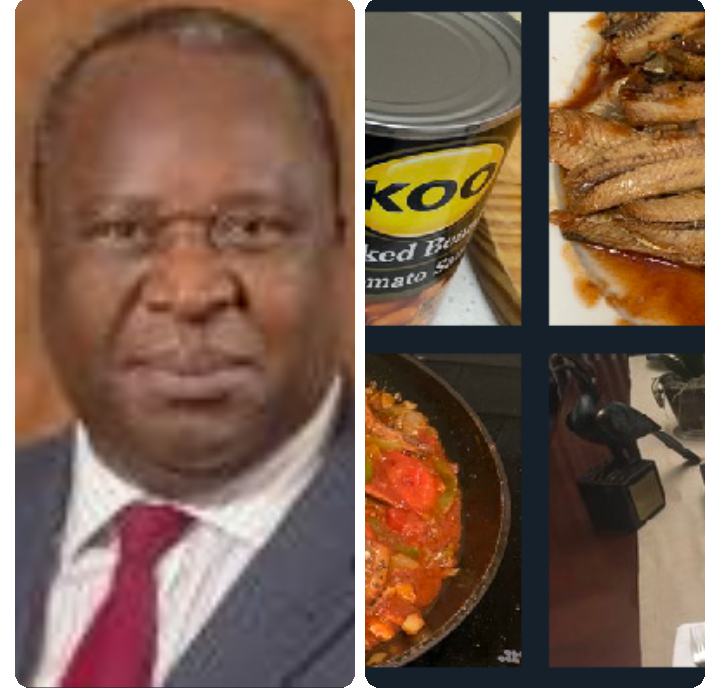 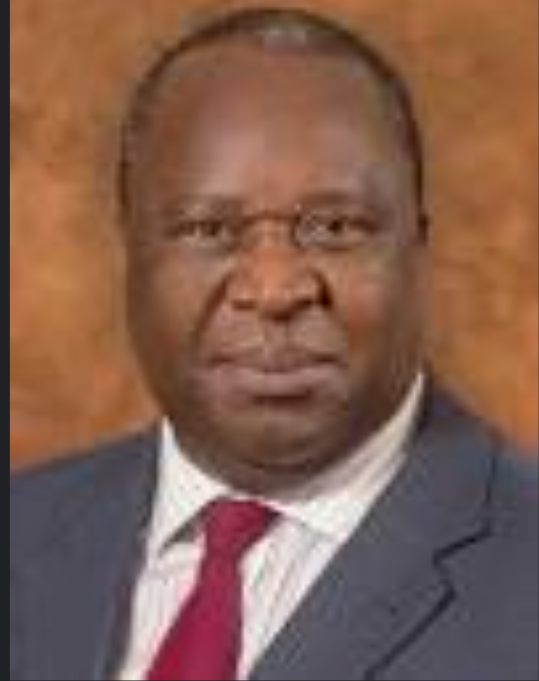 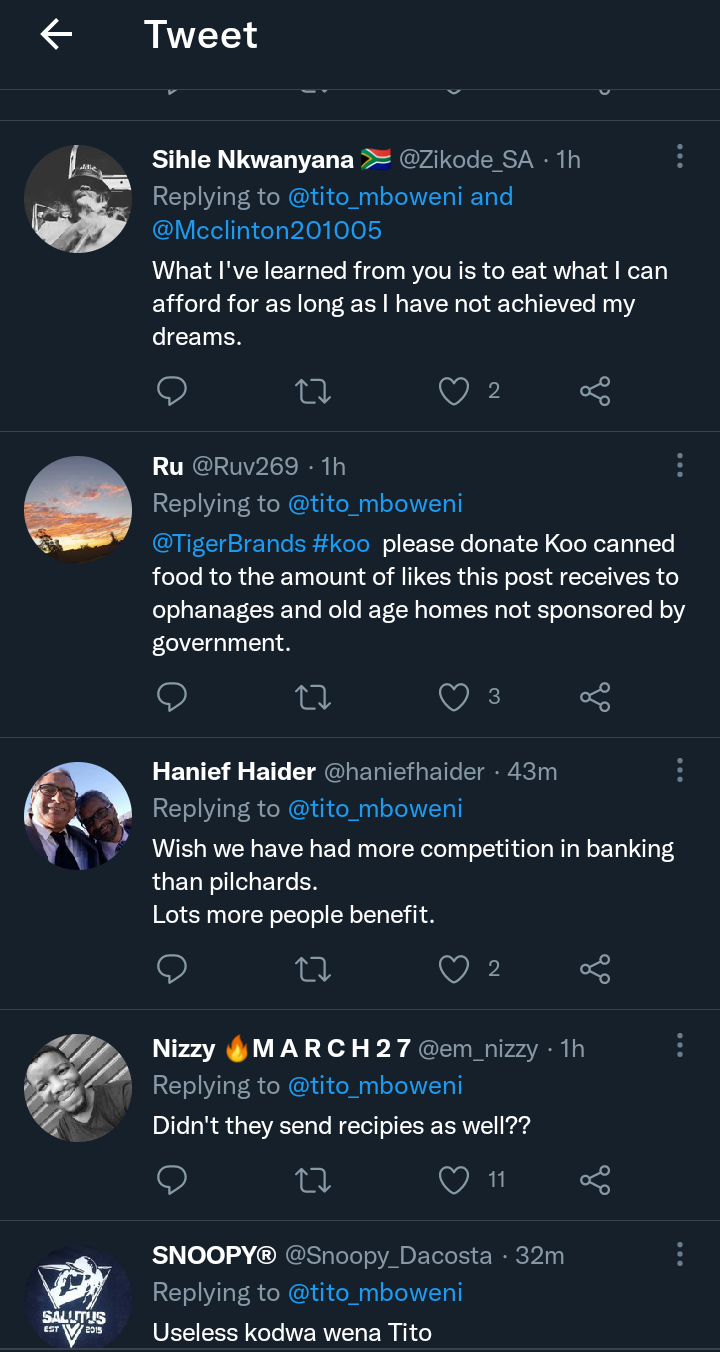 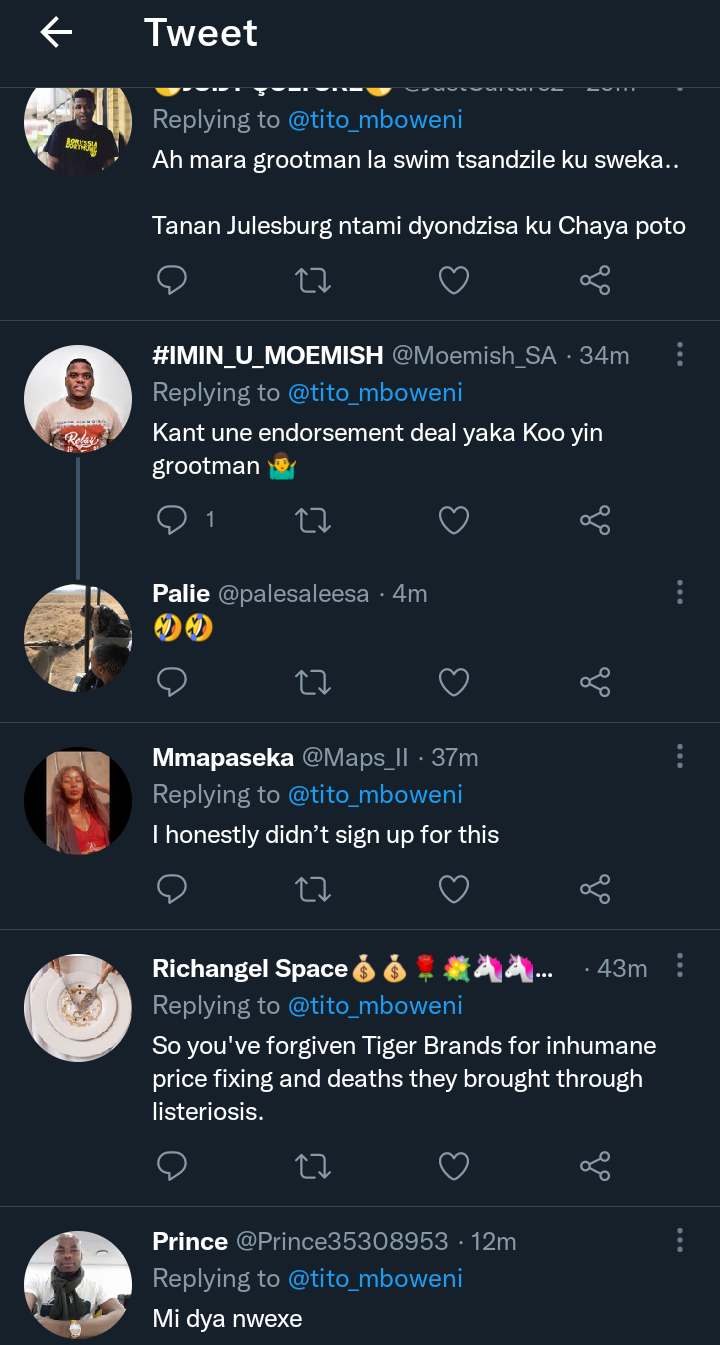 It appears Mr Tito Mboweni lives alone. He seldom posts about his family or wife. Some argue that he is not even married. One thing is that he cooks his meals alone. At other times, some guests when they visit him help him prepare these appetizing delicacies that he often share on Twitter. A young observed that Mr Tito Mboweni may not be married. He said, "I was about to ask. To say, this Guy stays alone. Women are most definitely a problem”. This man is enjoying his retirement to the best of his ability.