TITO MBOWENI: I started boiling food in 1982 in Lesotho and it was a turkey

Tito Mboweni shares with his followers the story of when he started boiling his food rather than frying or making a braai. As much as people are bashing him for his cooking skills, he is preparing healthy food by not having to fry his meat. He is like Israel Matseke Zulu, who also likes to boil his food, and he said it when he was on the Podcast and Chill with MacG. A legendary South African actor.

When Mboweni actually started to love to boiling his food and many people started to discover his cooking skills, it was in 1982 and some of the people who are today his followers on social media were born at that time. It is something that he is not going to stop very soon. Hence, he is coming fourth to everyone. He knows that he is cooking healthy food.

As much as they are dragging him on the timeline, it does not have any effect and there are many people who are working on losing weight. There are some of them who are boiling their food. If you did not know how Cristiano Ronaldo has been in good shape and fully focused, he does not eat fries fries because they are good for his competitiveness health. It is great for him and even today he is competitive while he is reaching 40 years old. 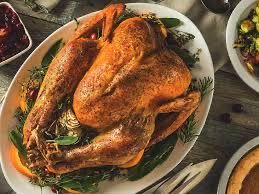 Mr. Mboweni admits that he did not prepare a good meal for cooking the turkey meat, but he made it the way he knew. He is not wrong, and surely he can find another way to prepare the turkey and he will be happy about it. Perhaps he wants to prepare a turkey soon, which is why he is bringing his first experience from 1982.

He even got an offer to get some cooking skills, but the man clearly loves boiling his food. He has been getting nicknames for boiling his food after realizing that it is something he did not start recently or in the 21st century. The food he is cooking is for himself but not for someone else, and if someone is not happy, it is up to them. For him, he is happy. 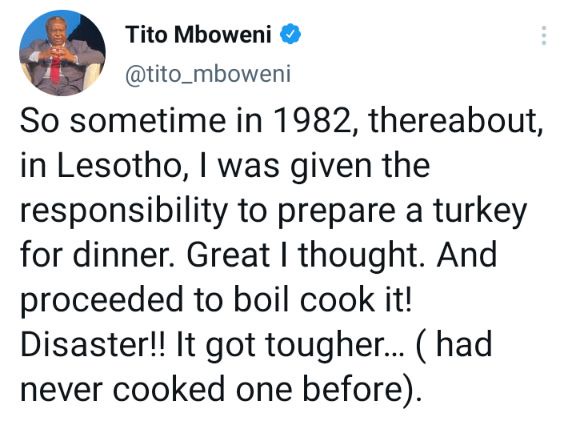 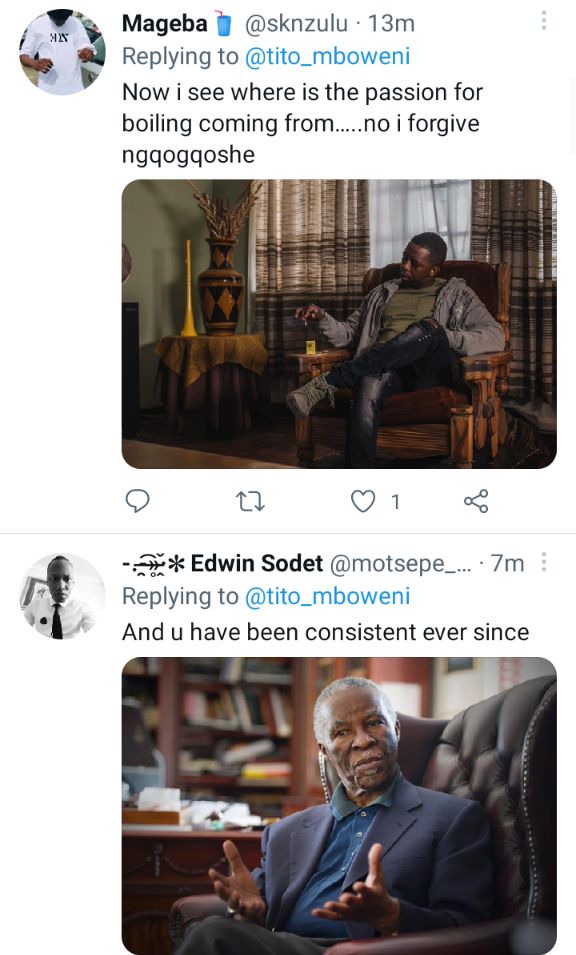 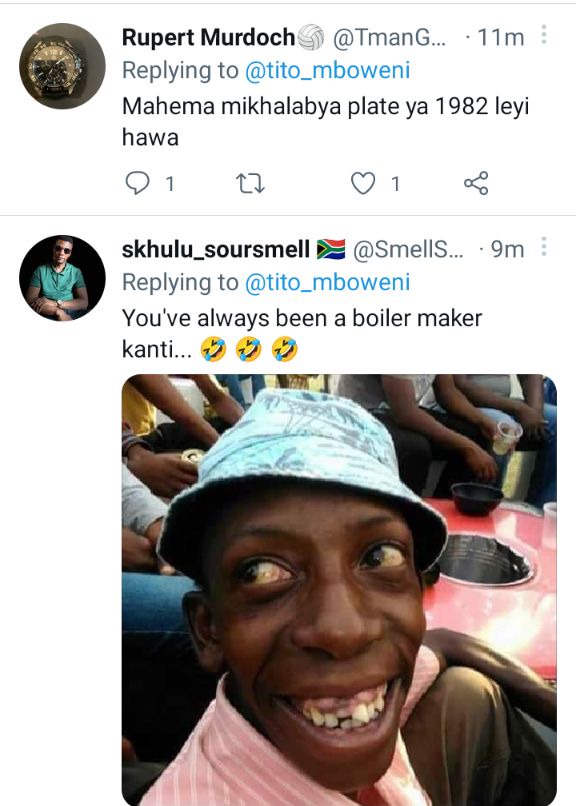 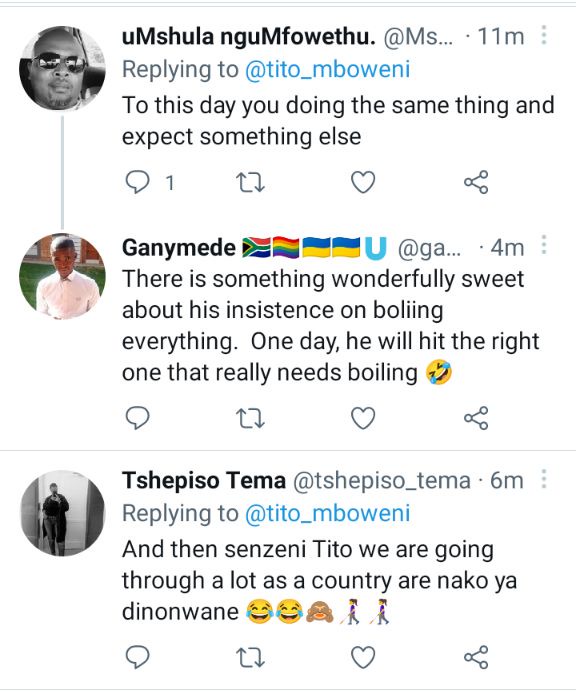 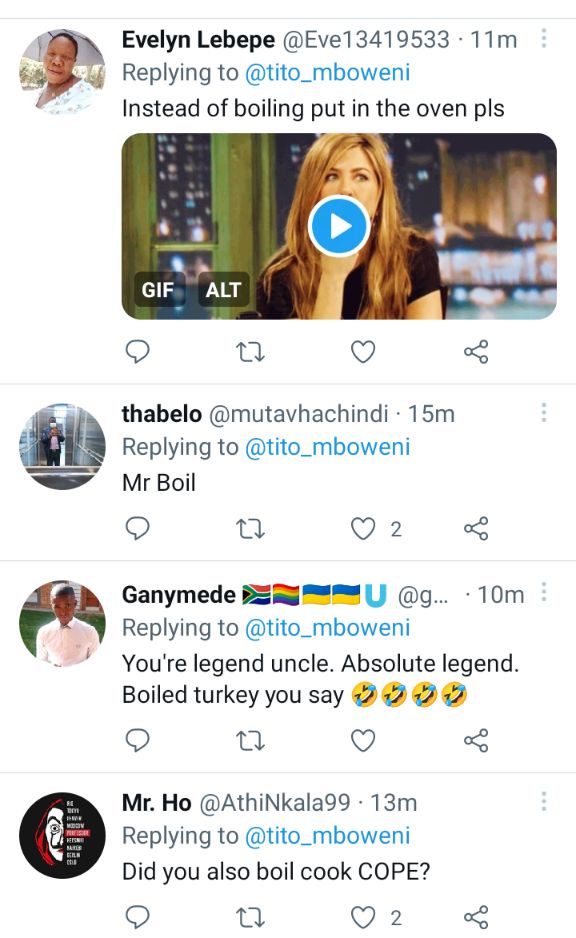 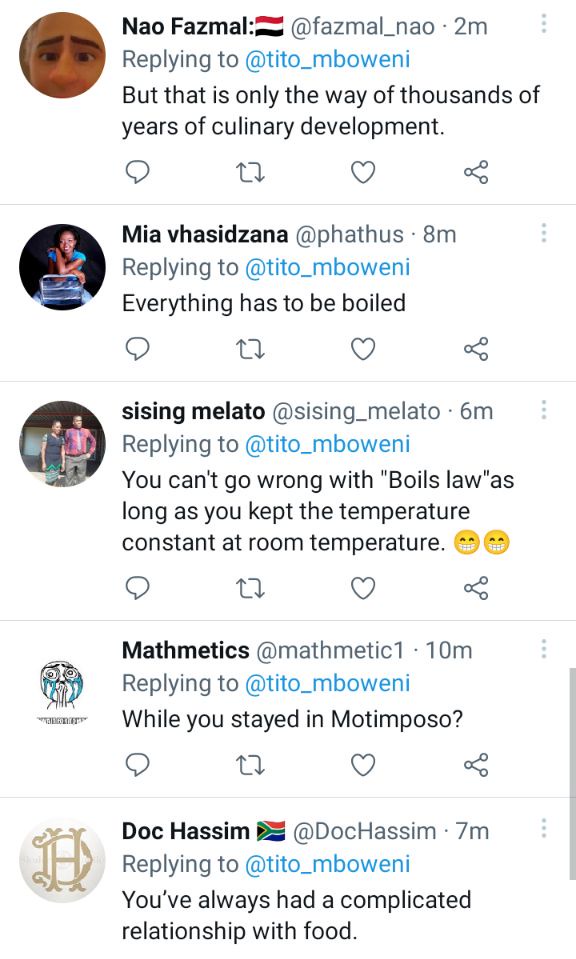 " Imagine Scoring 30 Goals Yet No Offers From Overseas " :Fans Concern About Shalulile

Chiefs Star Needs to be Protected :Ex-Pirates Star's plea to his Father