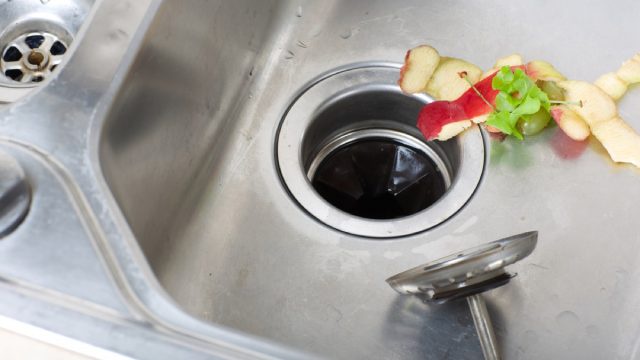 How often do you consider what you're putting down your drain? If your answer is "never," you're not alone. However, when it comes to the health of your plumbing, putting any old thing down the drain can lead to major problems—and expensive repairs—in no time. Before you make a mistake that costs you an arm and a leg, be sure you know these 13 things you should never pour down your drain. 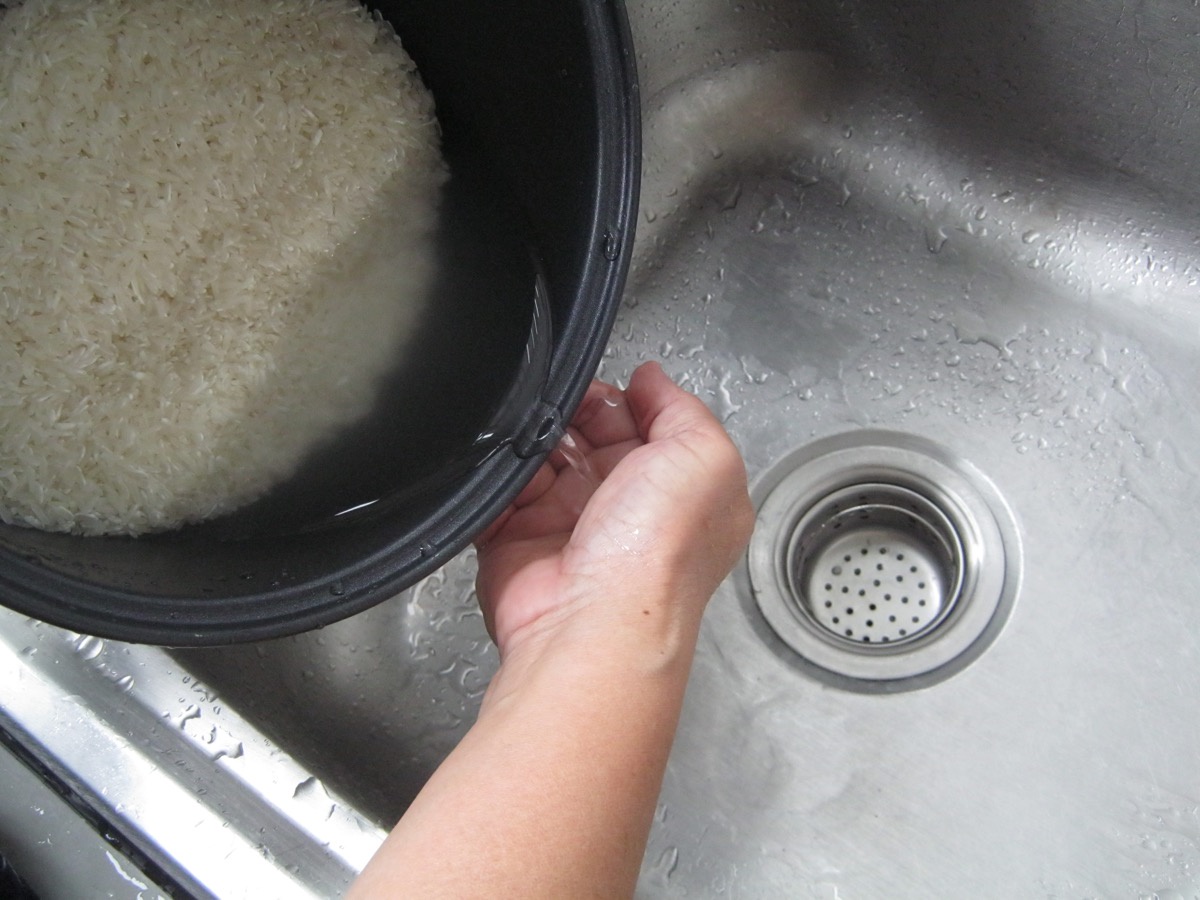 Think pouring some leftover rice down the drain is no big deal? Think again. According to Mark Dawson, chief operating officer at Benjamin Franklin Plumbing, absorbent foods, like rice and pasta, "can expand in your pipes and contribute to clogs." If you've got some left on your plate at the end of a meal, make sure you scrape it into the trash can first before rinsing. 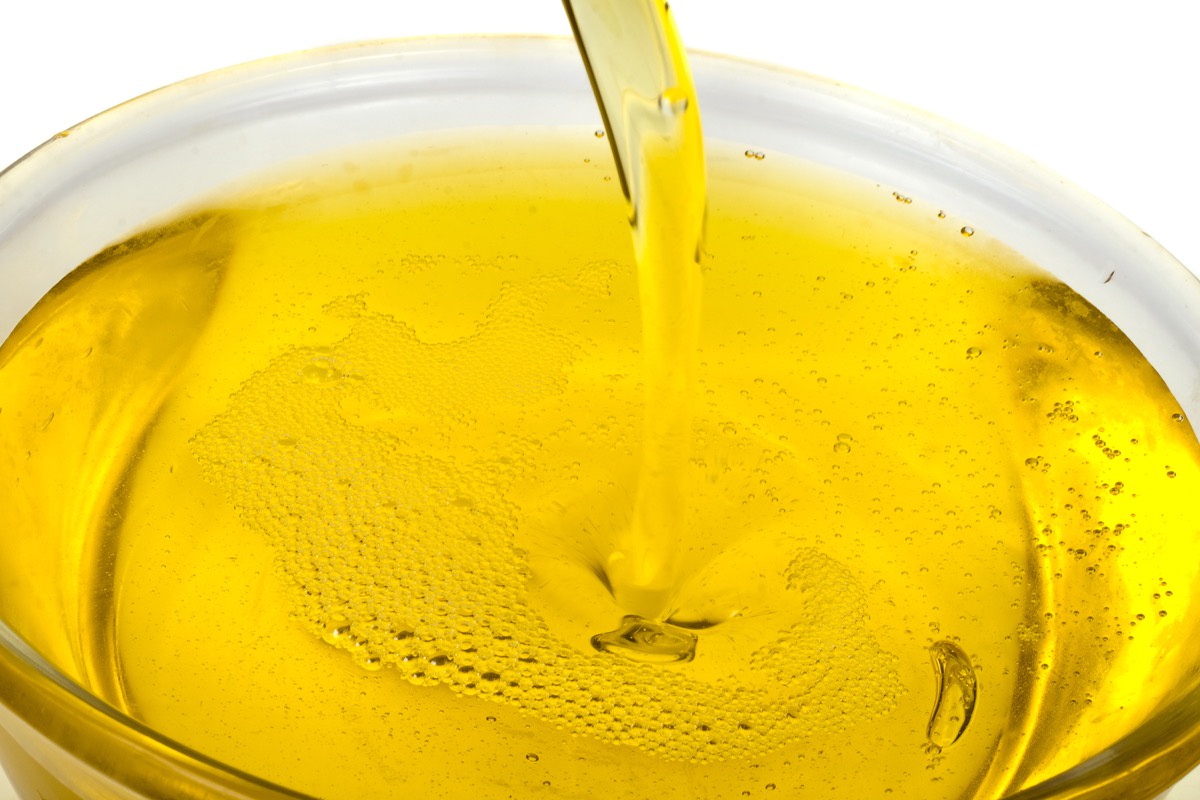 When you've finished with your olive oil, you should be dumping it in the trash, not down the drain. While the stuff may seem slippery to you at room temperature, certified master plumber Elisha French, owner of Texas Plumbing Solutions, LLC, says that it is often a source of major drain clogs. When olive oil cools—like when it comes in contact with cold water or is left to sit in an uninsulated pipe—it can solidify, causing a blockage in no time.

Surprisingly enough, something as simple as flour can cause a messy plumbing problem before you know it. According to French, flour can clump together when water hits it, seriously clogging your drain and potentially requiring a professional to remedy the situation. 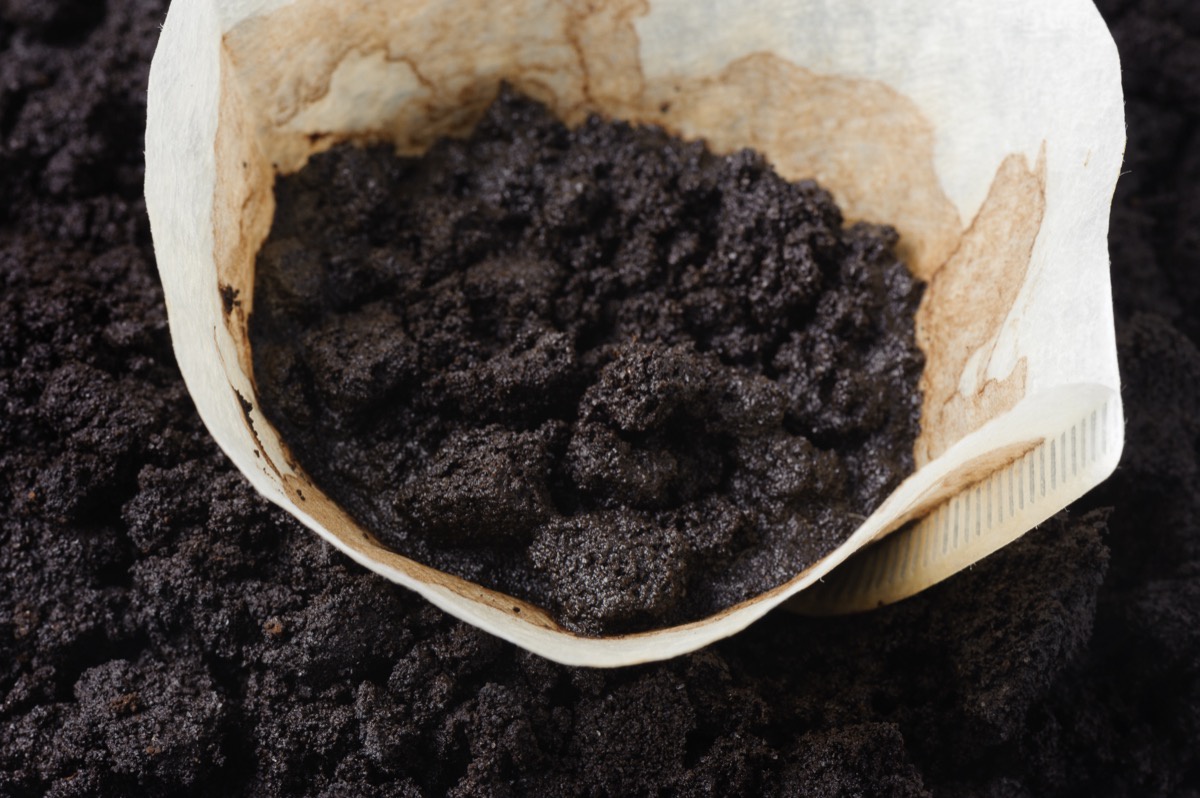 While dumping a cup of coffee down the drain likely won't cause any harm, allowing those coffee grounds to go with it can cause serious trouble. Dawson says that coffee grounds "can accumulate in pipes and cause clogs," potentially leading to an expensive repair in your future. 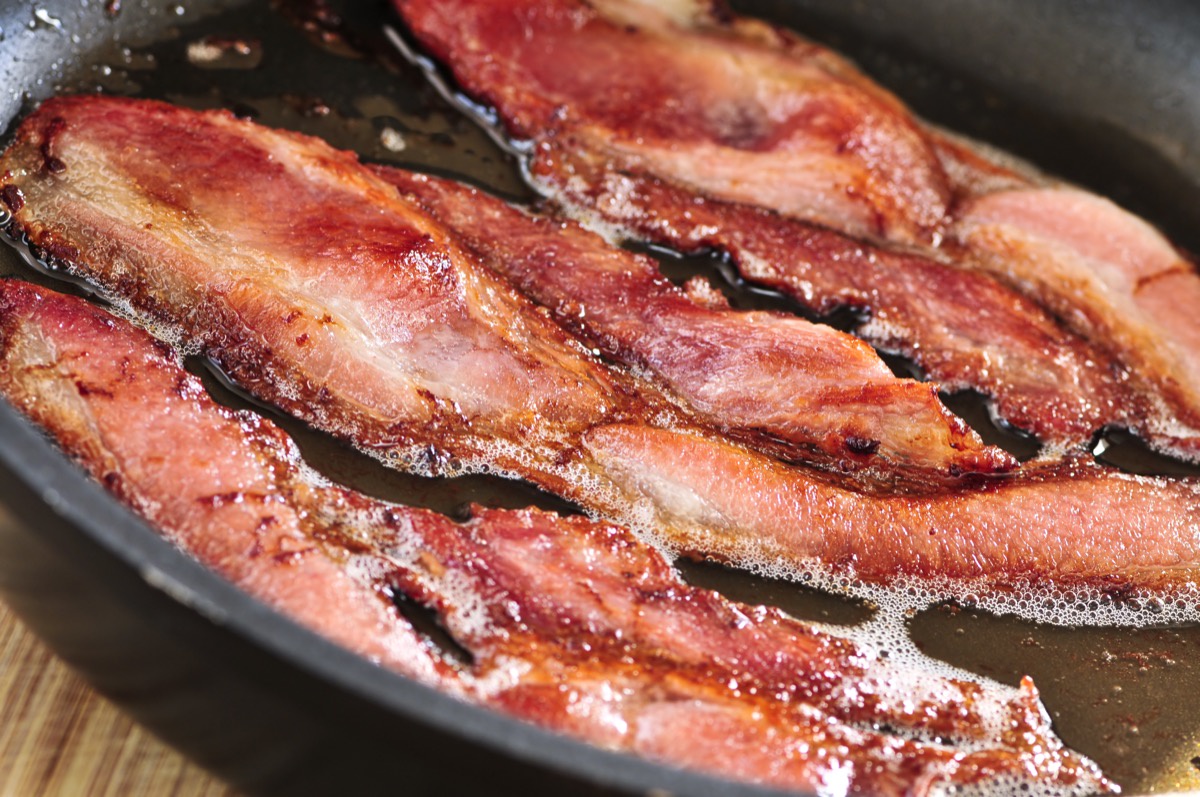 Although you might be tempted to rinse that greasy pan right after cooking some bacon, sausage, or steak, doing so can cause serious plumbing issues down the line.

"The problem is that the water and grease cool as [they] move through the pipes and solidify, attracting other debris and creating a blockage," explains Arizona-based plumber Mark Stevens with Forrest Anderson Plumbing and Air Conditioning. Instead, he recommends pouring the grease into a can or jar, allowing it to cool, and then disposing of it in the trash can. 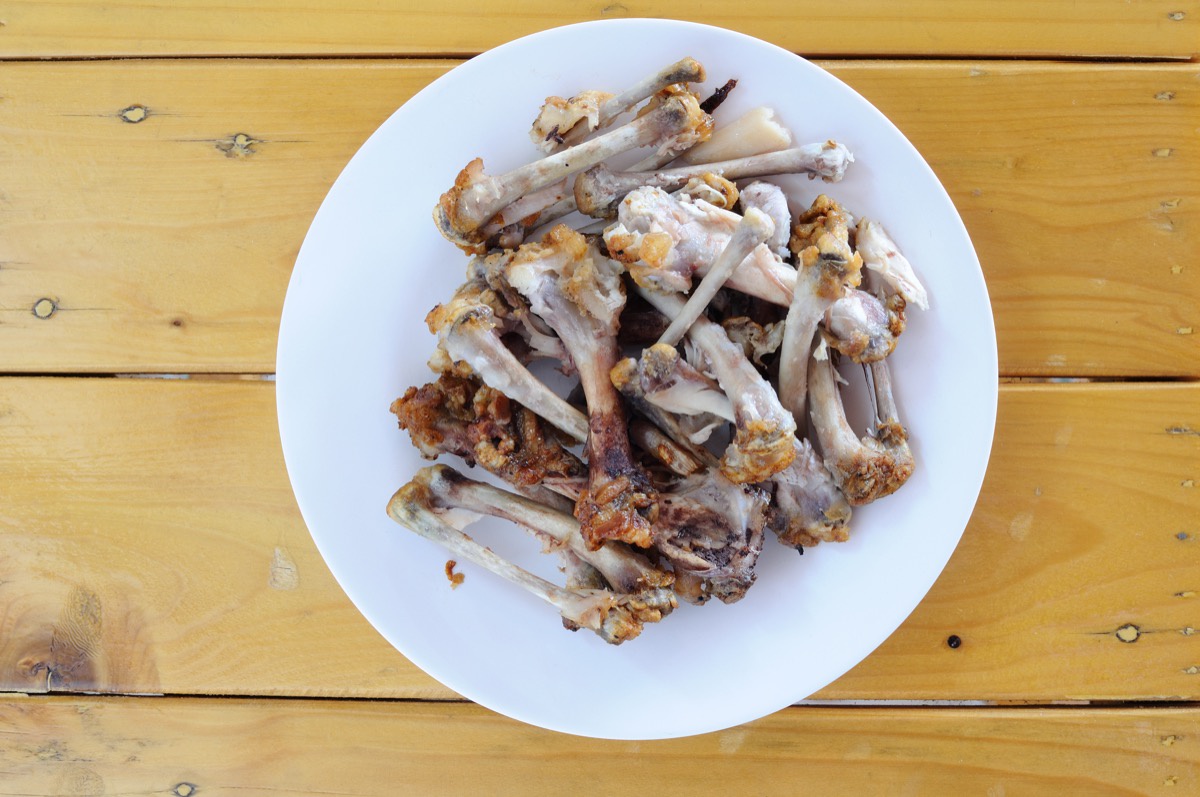 While it may feel like you can dump virtually anything into your garbage disposal, bones can quickly gum up the works, according to French. Not only can they dull your disposal's blades or get completely stuck, but bones are also often accompanied by animal fat that can congeal in the drain. 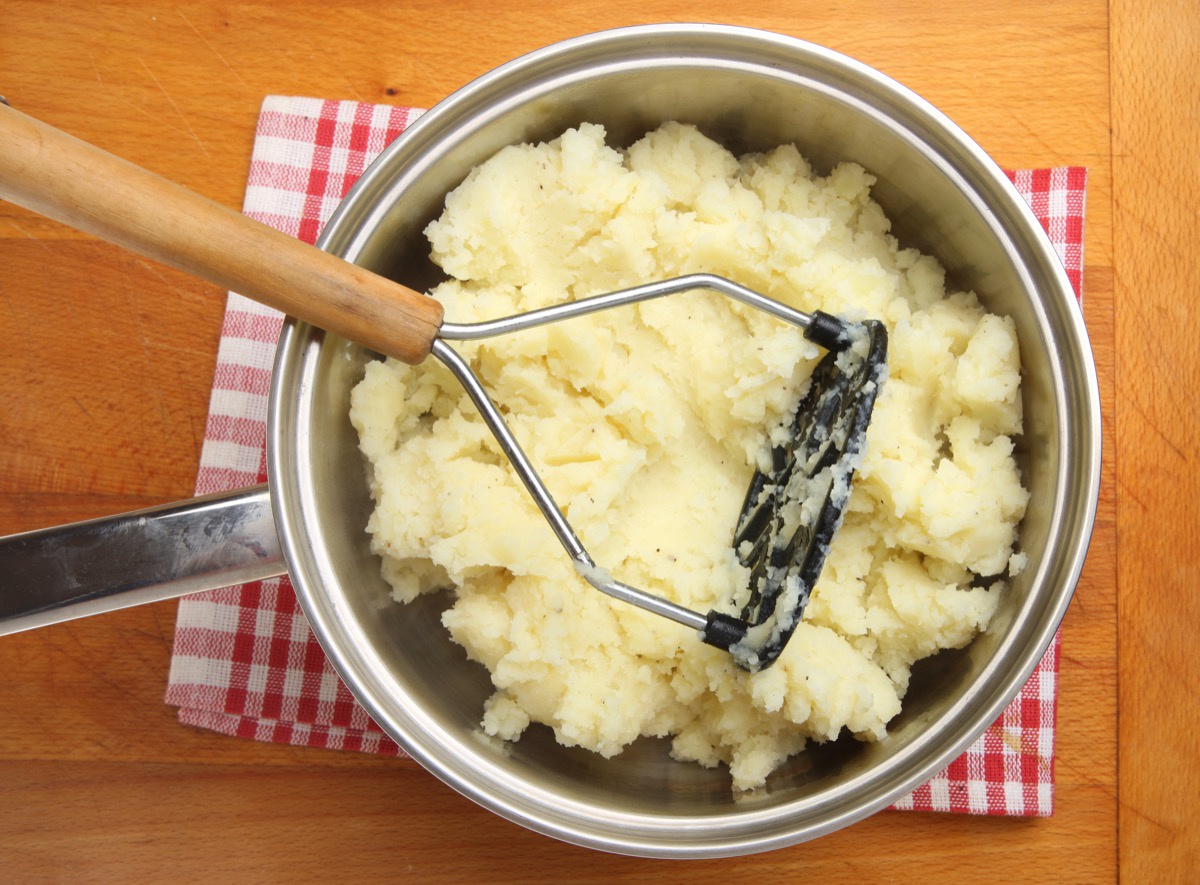 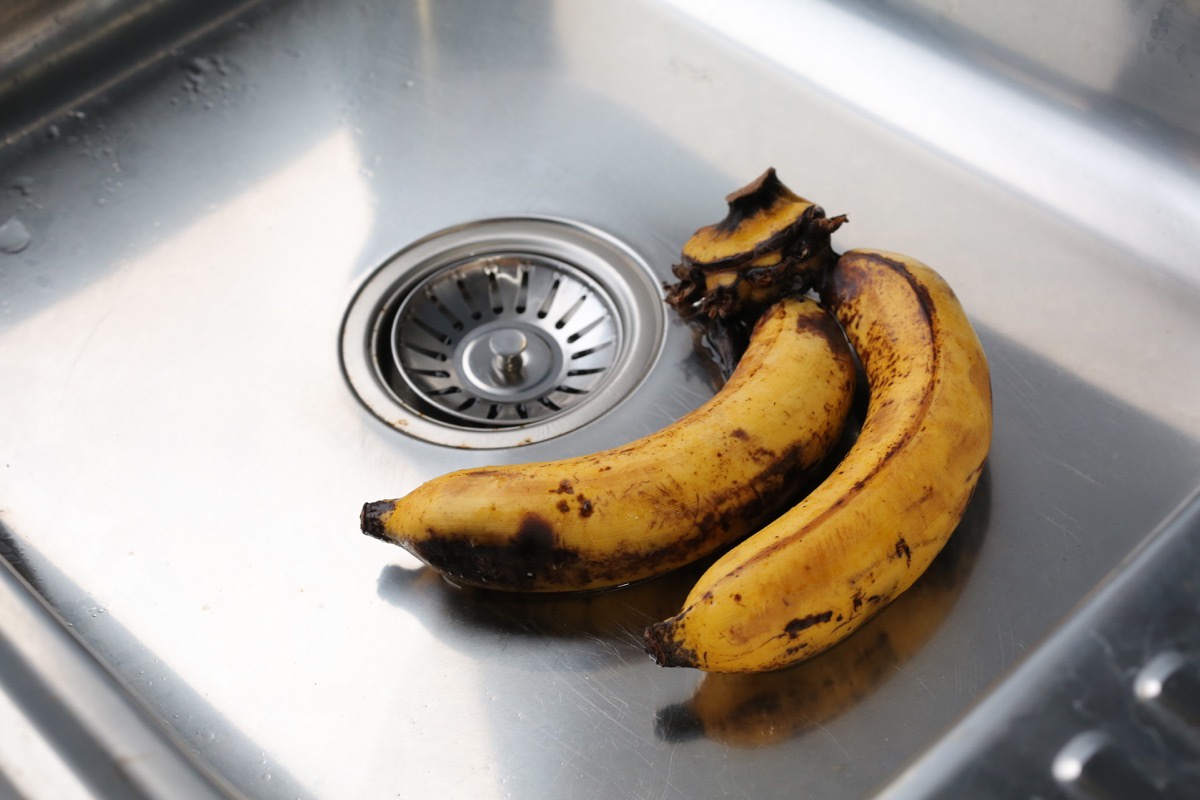 They may be soft, but your garbage disposal is not adept at getting rid of banana peels. Dawson warns that banana peels and other starchy foods can "develop into a paste that slows down the blades" of your average disposal, as well as potentially clogging pipes along the way. 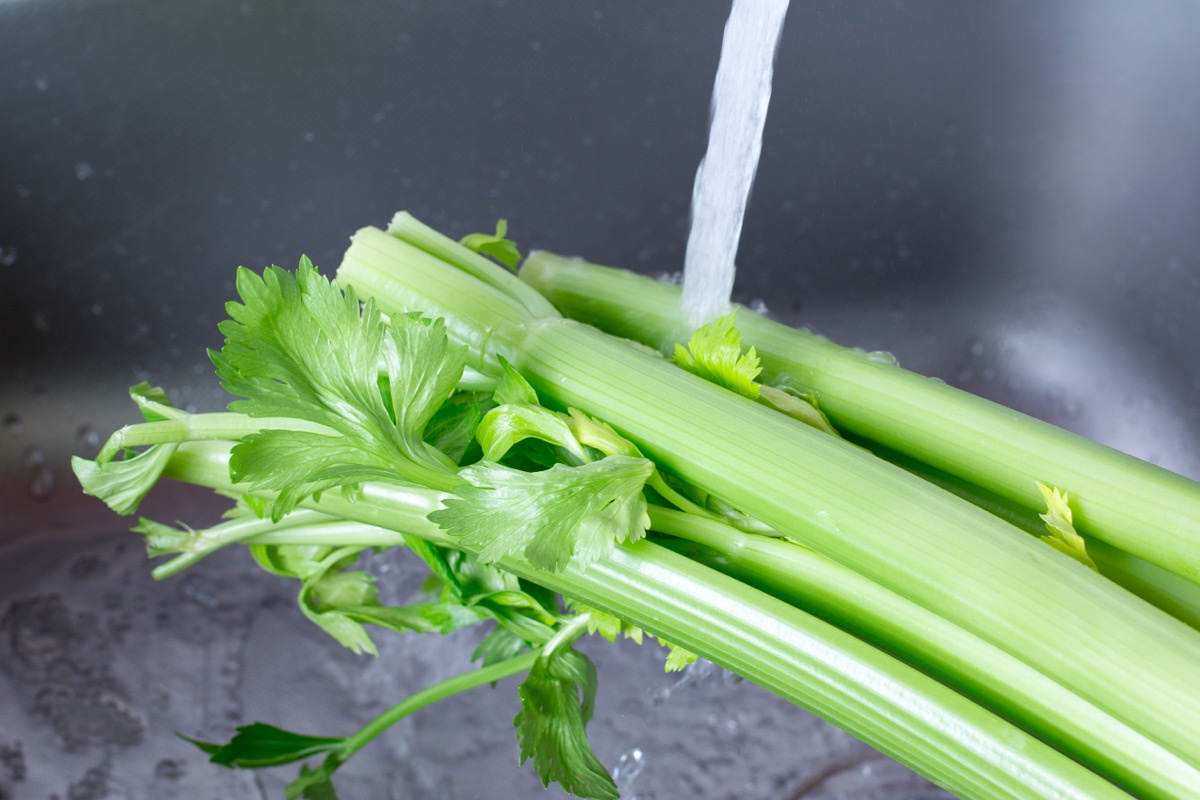 Last night's veggie side can cause serious problems for your home's plumbing if you're not careful. According to Dawson, "celery, asparagus and other fibrous vegetables … can tangle around blades" in your average garbage disposal, leaving you with an expensive repair on your hands. 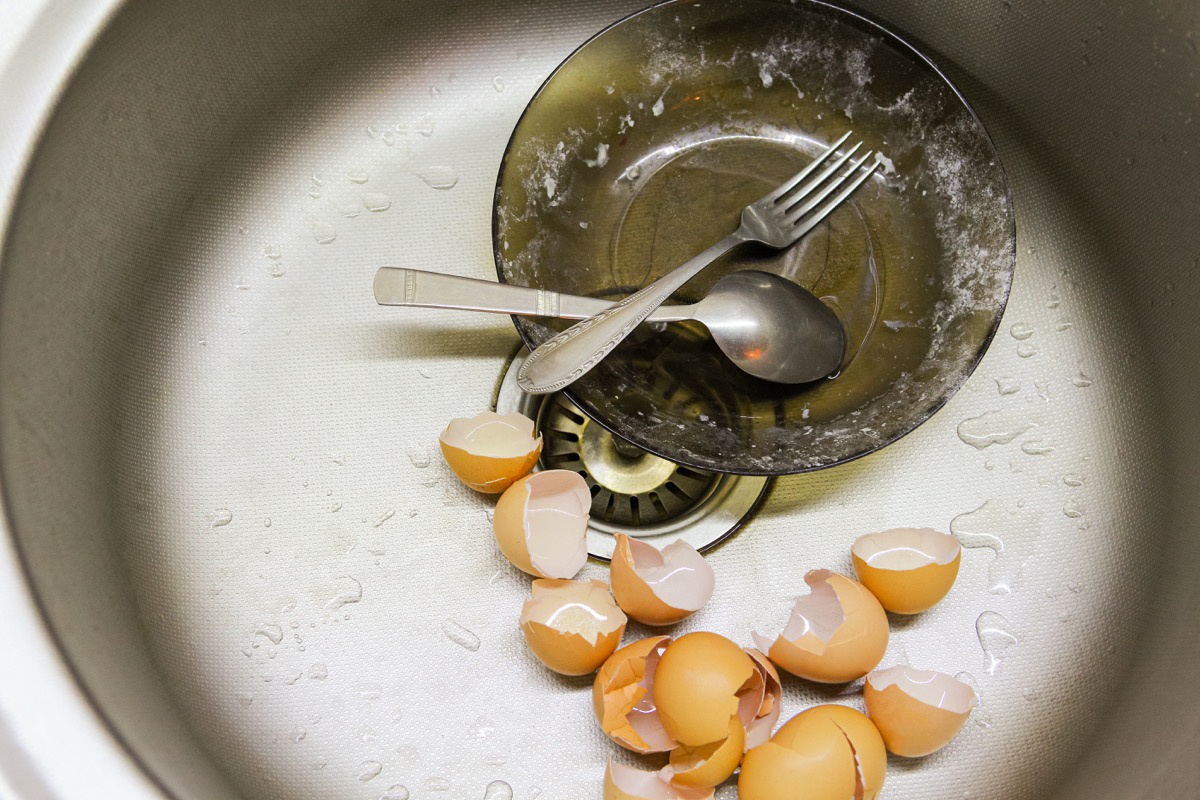 They may seem easy enough to crack, but egg shells can cause a surprisingly big problem if you toss them into the sink. According to Dawson, egg shells are the culprit behind many plumbing issues, as they can pack together when combined with water and create clogs.