Top 10 Most Expensive Pearls In The World 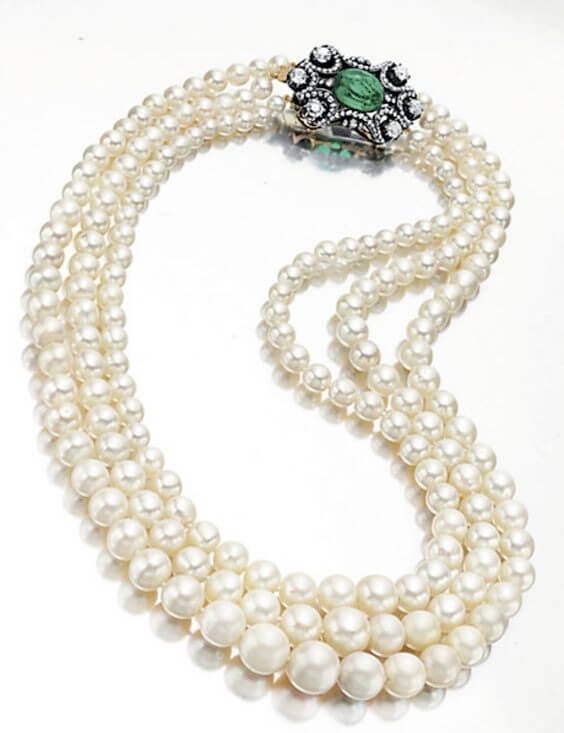 This three strands pearl necklace was auctioned in New York via Christie’s. The pearl necklace is decorated with 180 gradually ordered natural pearls. These beads are 4.95 to 11.05 millimeters in diameter. They are perfectly matched. The three strands of the necklace are connected by an emerald and a diamond clasp. 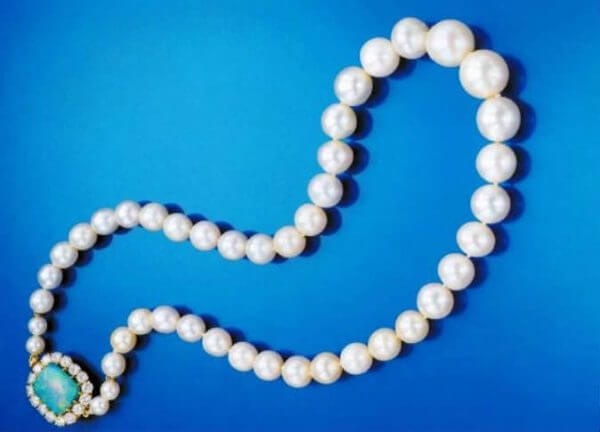 These pearls belonged to Marie Antoinette, wife of Louis XVI. After the French Revolution, this necklace was acquired by Barbara Hutton. She wore this pearl necklace on the day of her marriage to her first husband, the Russian prince Alexis Mdivani in 1933. The necklace includes forty-four pearls of different sizes, ranging from 8.7 to 16.33 millimeters joined by a clasp in diamond and turquoise. The necklace was sold for $ 1.6 million in 1999. 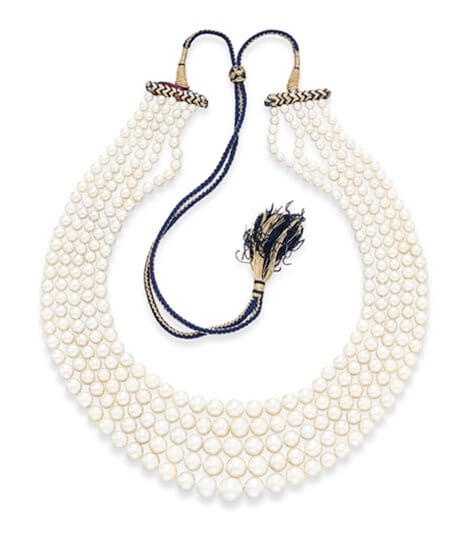 This five-strand natural pearl necklace was also auctioned by Christie’s in 2012. The necklace sold for almost $ 1.7 million. The innermost strand comprises sixty-three individual natural pearls. The next strand presents sixty-eight natural graduated pearls, followed by a strand which is composed of seventy-two pearls. The fourth and fifth strands both have seventy-three natural graduated beads. Pearls vary in size, ranging from 4.10 to 11.35 millimeters. It is a blue and gold silk cord which connects this necklace.

We come here to the largest natural pearl in the world. This giant pearl was discovered in the Philippines in the thirties discovered by an American, Wilburn Cobb. Cobb refuses to sell it because the pearl resembles the turban of an Islamic prophet.

The pearl measures 24 centimeters in diameter and 9.45 inches in length. The pearl is imperfectly perfect because it has almost no luster, but remains very rare and is worth the sum of 3.5 million dollars. 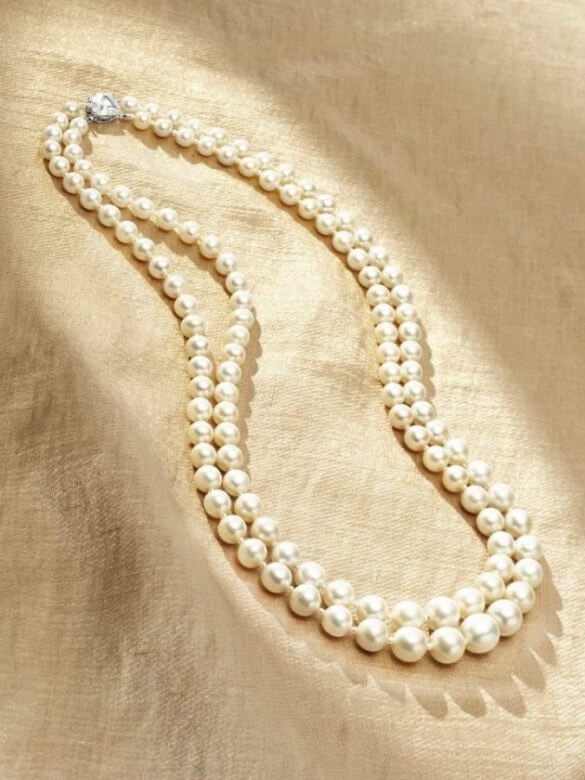 This double strand contains 120 individual beads. Pearls vary in size, ranging from 6.50 to 12.25 millimeters in diameter, so they are ordered by size. They also vary in color, ranging from white to a very light cream color. The pearls are remarkable for their pink and green hues.

The little extra touch of this necklace lies mainly in the 3-carat diamond clasp signed by Cartier. In 2012, this necklace was auctioned off at Christie’s for $ 3.7 million. 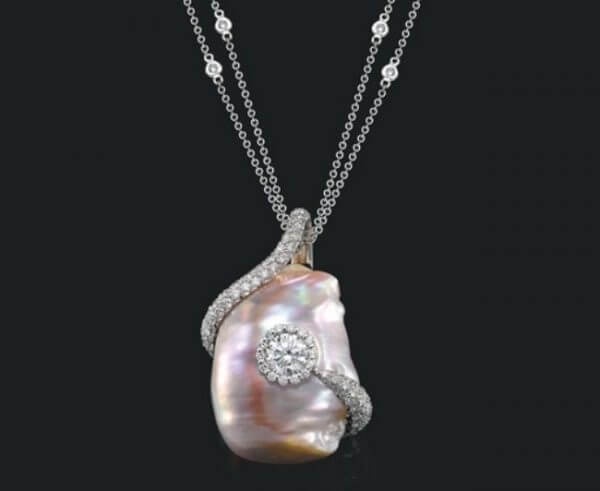 In 1990, the big pink pearl was discovered by diver Wesley Rankin. Weighing 470 carats, the abalone pearl drew attention to its remarkably large size. It is pink in color. Surprisingly, her mother-of-pearl approaches various shades of orange, silver, blue, pink, green and lavender.

In 1991, the value of the “big pink pearl” was estimated at $ 4.7 million. Currently, it is owned by Rankin, the world’s largest reseller of abalone pearls, as he owns the company “Pacific Coast Pearls” based in Petaluma, California. 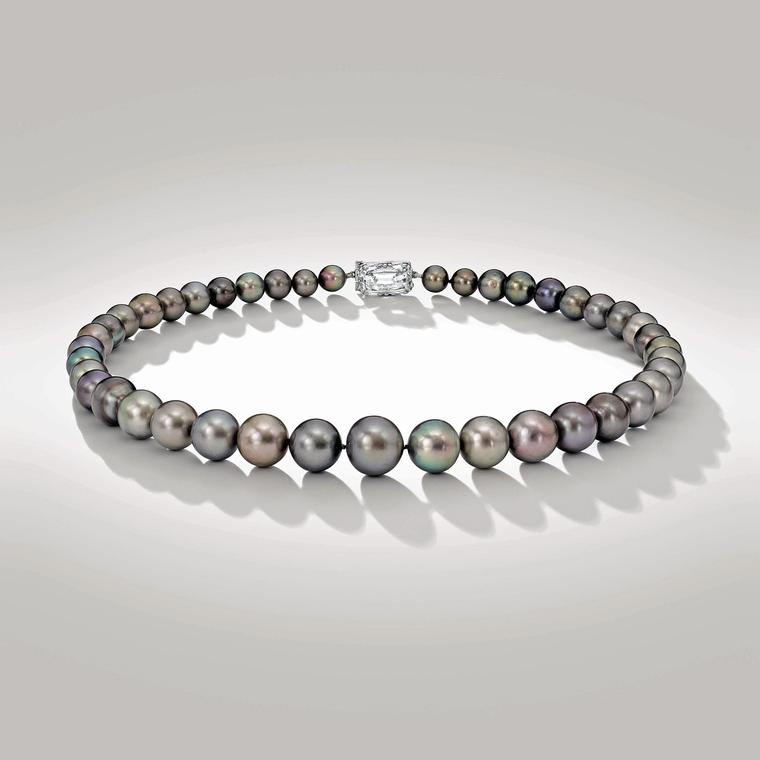 The necklace consists of a single strand of thirty-eight individual gray pearls of size varying from 11.4 to 6.8 millimeters and it measures 43.2 centimeters in length, joined by a rectangular diamond clasp. Elegance and purity are perfectly added to these pearls. 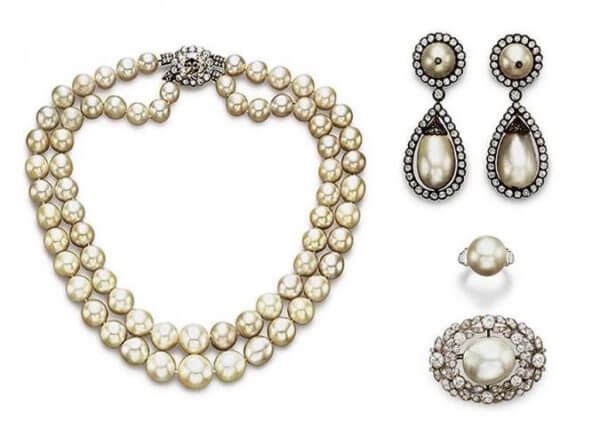 The Baroda pearls belonged to the Maharaja of Baroda. This necklace has sixty-eight pearls carefully chosen to be the most beautiful. Pearls are ordered by size ranging from 10 to 16 millimeters in diameter. In 2007, it was sold for an exorbitant price of $ 7.1 million. 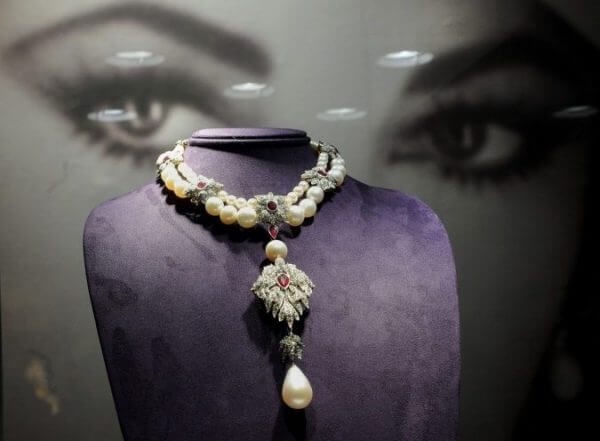 La Peregrina pearl is the second most expensive and most famous pearl in the world. The discovery of the pearl dates from the mid-sixteenth century on the coast of Santa Margarita in the Gulf of Panama. Then, Philippe II of Spain offered the pearl to Marie Ier for her engagement. When the Queen died, the pearl was returned to the Spanish Crown. A century later, after the French defeat at the Battle of Vitoria, Joseph Bonaparte, brother of Napoleon, was forced to leave the Spanish kingdom. As a result, he took some of the crown jewels, including the Pearl La Peregrina. Then, Napoleon III sold this Pearl to James Hamilton, Duke of Abercorn in 1870.

The necklace consists of floral motifs, each one being adorned with a ruby ​​as the centerpiece. In 1969 La Peregrina was bought for $ 37,000 by actor Richard Burton, he gave it to his wife, Elizabeth Taylor. In 2011, it was sold for $ 11.8 million. 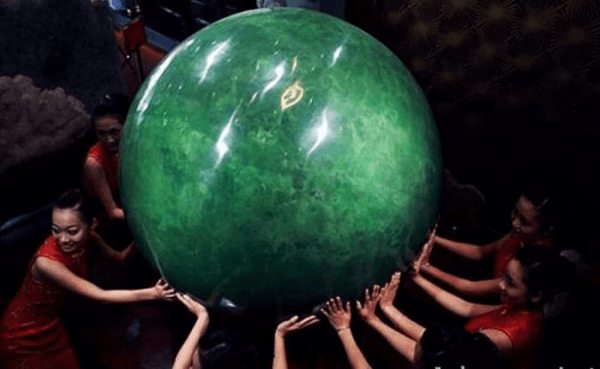 Finally, the largest and most expensive pearl in the world is the “Beauty of Ocean” Pearl. So what is the story behind the famous and alluring pearl? It took three years for this pearl to be molded into this surprising shape.

Composed of fluorite, it is the largest pearl in the world, it weighs six tonnes and is five feet high. This gem is found in Mongolia, China. This giant pearl is worth $ 139 million.