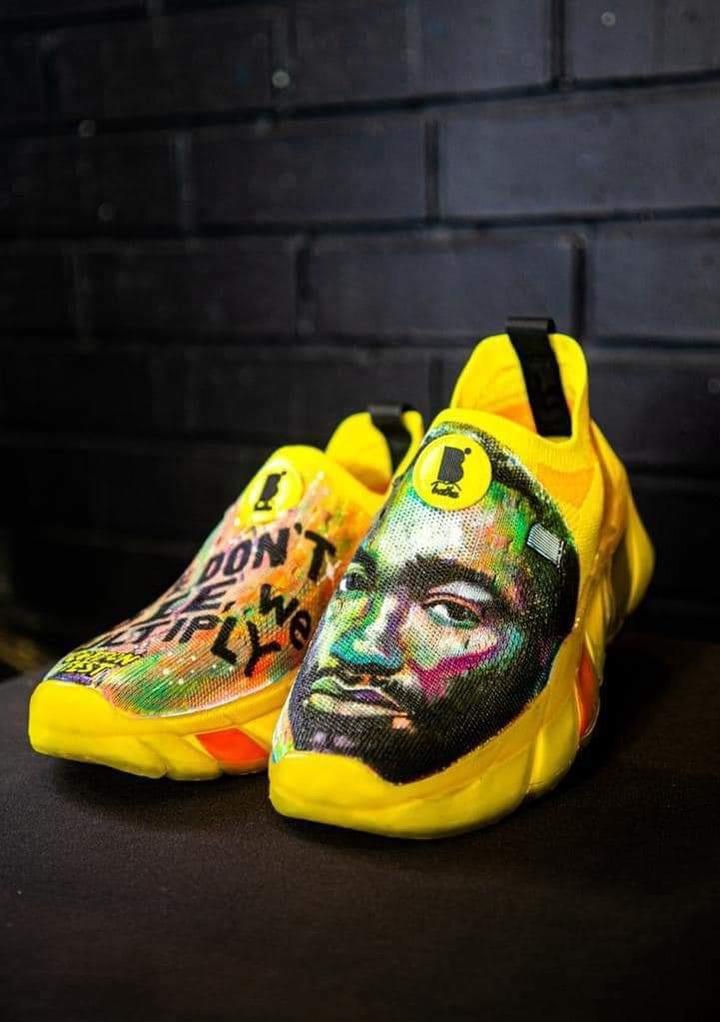 The Founder and CEO of Bathu a South African local brand has made a shoe tribute public dedicated to Ricky Rick and it has Mzansi diening the fact that the shoe is for Ricky Rick and was made to honour Ricky Rick in Anyway possible.

The CEO of Bathu announced it to be Rocky Rick’s honouring his passing, the Shoe is very much appealing and good to wear. The colour of the shoe is yellow and it has a face of Ricky Rick’s face printed on its front. The other pair Reveals the Cottonfest logo which is an event Ricky Rick came with oh his own.

The Founder and CEO of Bathu, a South African local business, has made a shoe homage to Ricky Rick public, with Mzansi noting that the shoe is for Ricky Rick and was made to honor Ricky Rick in whatever manner imaginable.

Rocky, according to the CEO of Bathu. Rick is paying tribute to his late father, and the Shoe is highly appealing and comfortable to wear. The shoe is yellow in color and features a print of Ricky Rick's face on the front. The second pair reveals the Cottonfest emblem, which Ricky Rick brought along with him on his own. 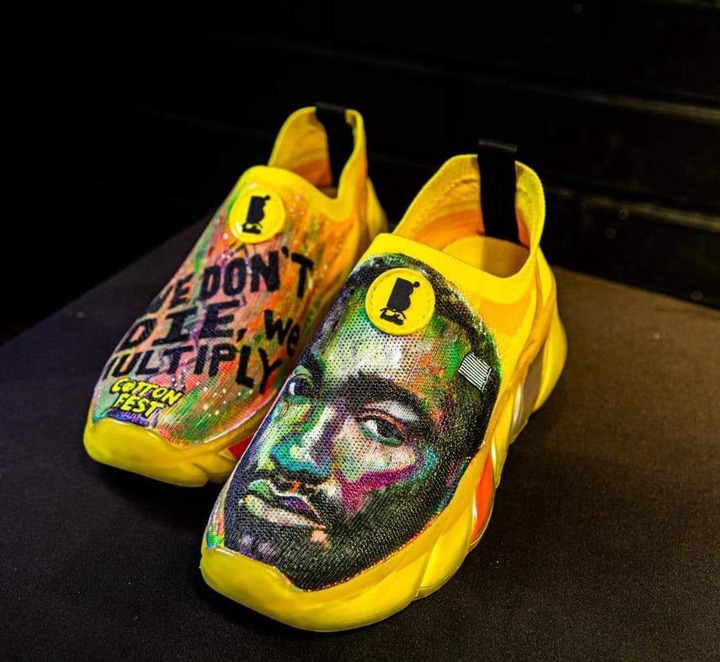 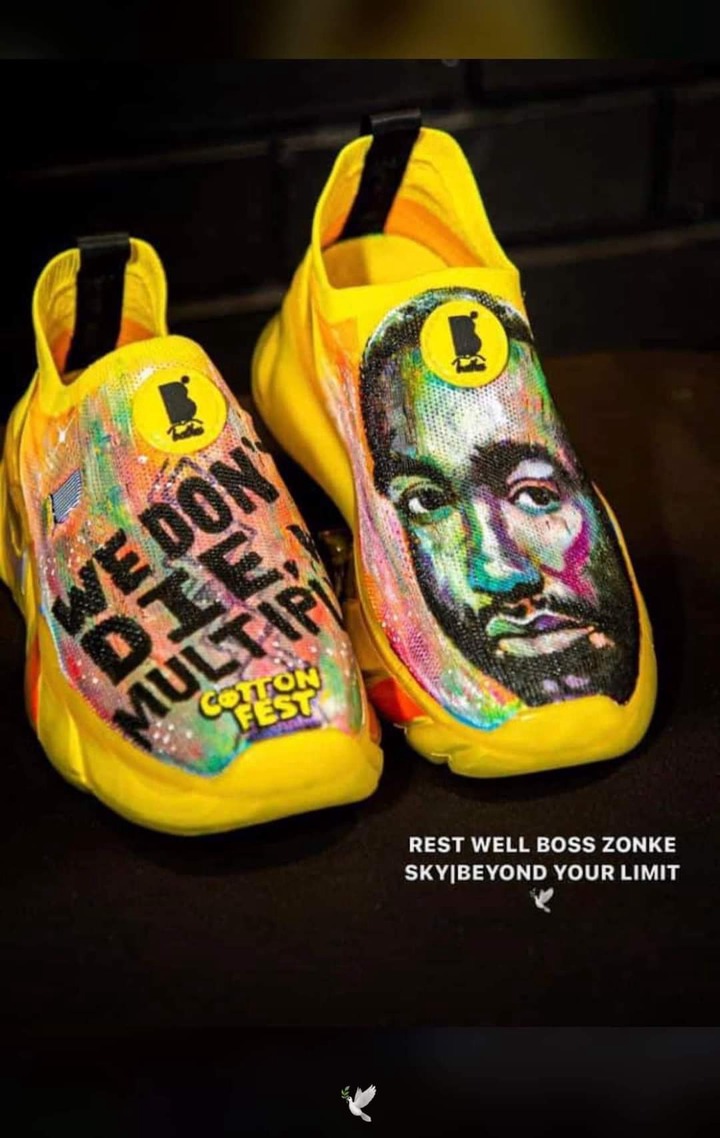 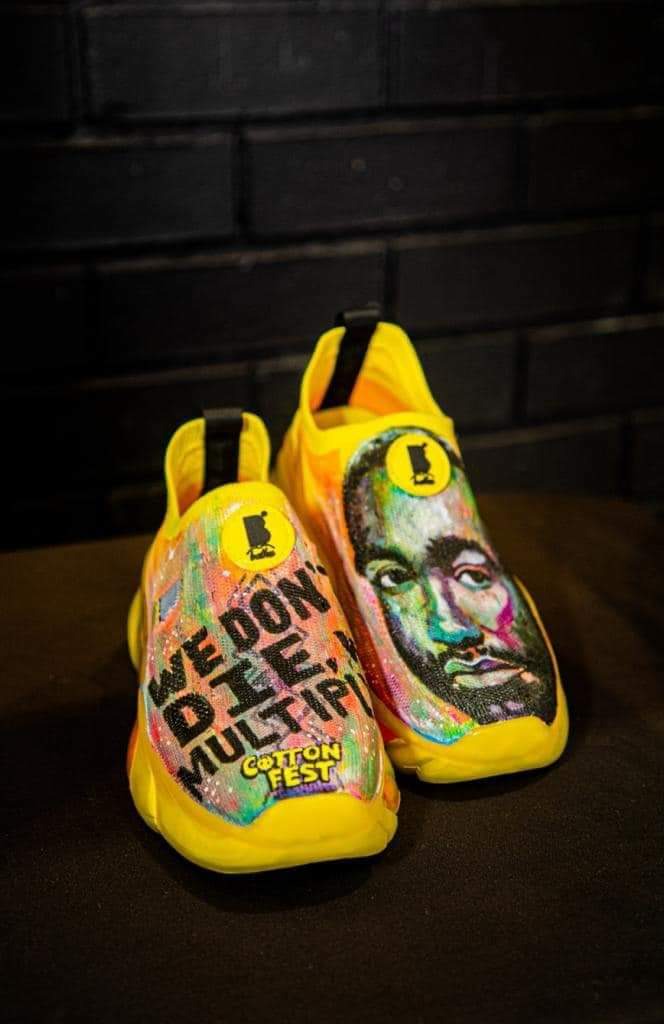 Many people were not impressed, others claiming that the cartoon on the sneakers looks nothing like Ricky Rick.

Others were curious to know if his family will benefit from this.

Others voiced out that they are only doing it for the the sales, it has got nothing to do with honouring him. Unless if the family will get something, despite all the critical opinion others loved the sneaker.

While others thinks it fits his personality and sense of fashion since he had a different taste, so what do you guys think? Do you think you can wear it

Watch: Trucks Being Towed Away At The National Shutdown In Nelspruit

Here's what R460 of groceries look like according to one South African Woman. Opinion.