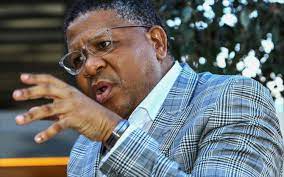 Fikile Mbalula has gotten involved in the issue surrounding Miss South Africa Lalela Mswane and her upcoming travel to the Miss Universe pageant in Israel next month.

Nevertheless, rather than sending her off with well wishes, the minister of transportation has pleaded with her not to depart.

Aside from that, he expressed his devotion to the Palestinian people by "standing in solidarity."

Mr. Fikile Mbalula made an impassioned appeal to the Miss South Africa winner, who is preparing to go to Eilat, Israel for the Miss Universe pageant, on Twitter, writing: "Take a stance, history will be on your side, you will be known forever, and always utilize your power."

"Do not go to Israel." "You are our golden daughter, and we are rooting for you."

"Lalela Mswane should not go to Israel because she will gain more than she would lose."

Fikile also took a shot at the people in charge of the Miss Universe pageant.

'Why is Israel to blame, while the organizers of Miss Universe are to fault?' Over a large number of nations. We stand in solidarity with the Palestinian people. "Solidarity is a way of life."

Fikile Mbalula's tweets have received no response from either Lalela or the Miss South Africa organization.

While this was going on, members of the human rights organization Africa4Palestine held a protest march in front of the Miss South Africa organization headquarters on Friday.

"We are not a tiny bunch," Bram Hanekom, a representative of the organization, told Independent Media. We are a group of South Africans.

Another non-governmental organization (NGO), Young Hearts for Palestine, participated in the demonstration, with one of its members, Nazleyleila Limbada, calling Lalela Mswane "delusional." 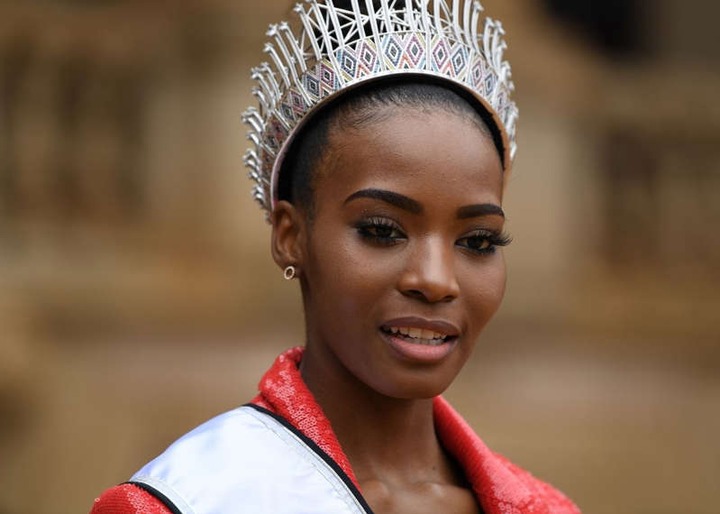 To quote her further, she said to Independent Media: "We are demonstrating today because we feel it is immoral for a South African lady of color to go to Israel, which we believe is an apartheid state." Miss South Africa has said that she is a supporter of children's and women's rights. She is well-educated enough to utilize Google to find out what is really going on in Israel at the present, and she does it with ease.

"Based on what we've read, Miss South Africa seems to believe that she will go to the United States and effect change. If she thinks that way, I believe she is deluding herself."

The Department of Arts and Culture declared last week that they will no longer be supporting the Miss South Africa contest and Lalela Mswane.