What makes this timepiece from independent Swiss watchmaker Richard Mille so beautiful and unique is the fact that its inner workings are revealed through its clear crystal case.

Sapphire crystal is a very hardy material, usually used to cover the face of premium watches, but in this case the material was used for the entire piece, and it took an amazing 1000 hours of work to create it all. Unsurprisingly, only 5 of these watches have been created, each priced at $1.85 million. 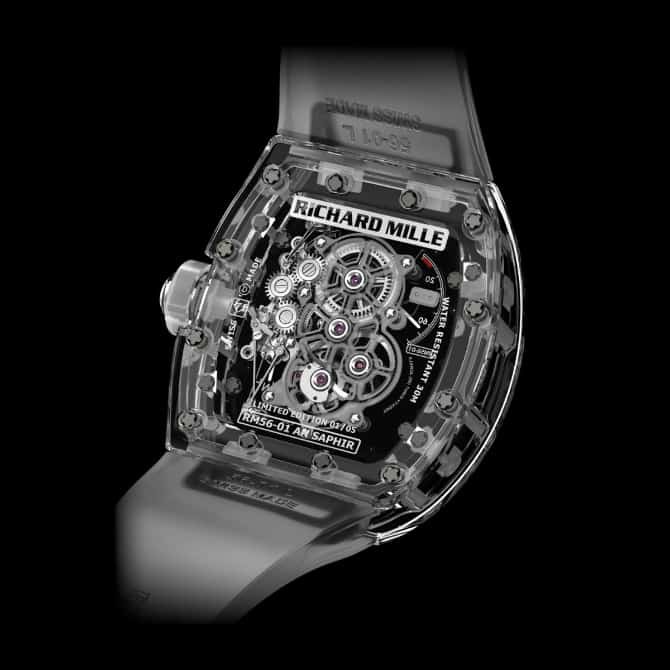 As flowery as its name sounds, the Parmigiani Fleurier Fibonacci Pocket Watch is a very elegant timepiece. It features mother-of-pearl counters and a white gold dial, as well as a minute repeater with cathedral chimes and a perpetual calendar.

As its name promises, the watch showcases flower suggesting the famous Fibonacci golden spiral, a fascinating image often found in nature as well as art. One of these pieces, which you have to specially order from Parmigiani, in Switzerland, would set you back $2.4 million. And you’d have to wait for it quite some time, as the manufacturing process can take up to two years. 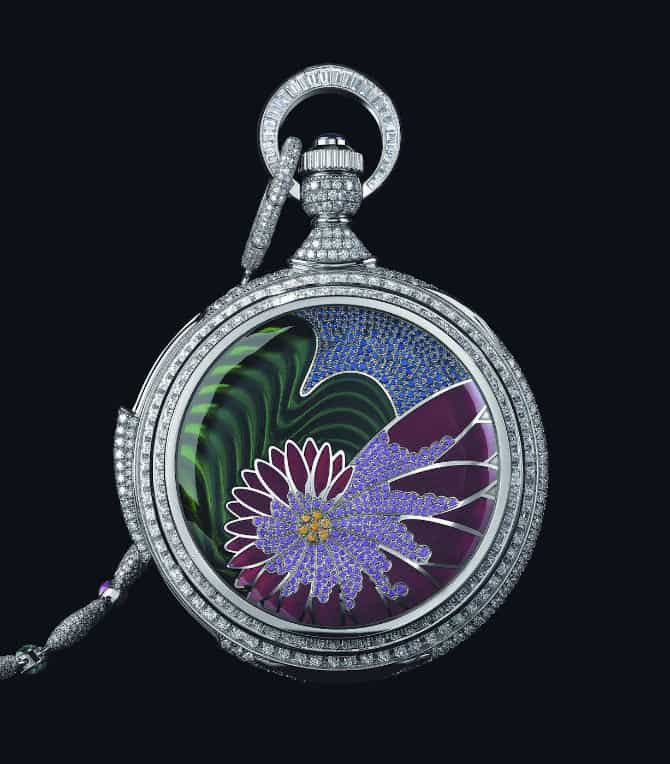 Jaeger-Lecoutre created a one of the most amazing timepieces ever with the Hybris Mechanica à Grande Sonnerie, a creation holding 27 complications and over 1300 parts. For the $2.5 million paid, the buyer gets not only this extremely complex watch, but also two similarly impressive siblings, as well as a 2600-pound Doettling safe.

Among its many intriguing features, the most interesting is perhaps its musical complication, which indicates the passing of time through the chiming of the four Westminster Carillons. 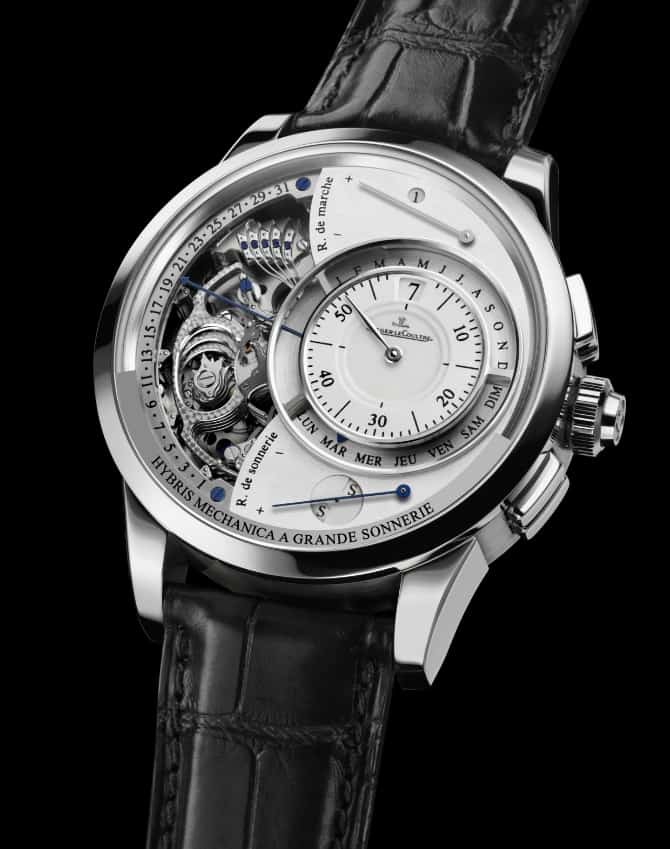 The A. Lange & Sohne Grand Complication is a very sophisticated timepiece, containing 867 components. Only the highest quality materials were used in the creation of this fabulous watch, which features n enamel dial, solid pink gold case, gold hands, a blued-steel second hand, and a hand-stitched leather crocodile strap. As an illustration of how high the standards of finish were, even the interior mechanisms have been polished black, while everything else is hand-finished and hand-engraved.

A single watchmaker works on every one piece, with only 6 of these $2.49 million watches expected to ever be made. The watchmakers over at Franck Muller designed the Aeternitas Mega 4 with the aim of making something bewilderingly complex – and have succeeded brilliantly.

The Aeternitas Mega, as its name suggest, is a timepiece that truly stands the test of time – in more ways than one. It features no fewer than 36 complications and 1483 components and is adorned with 99 glittering jewels. But what makes this piece truly impressive is the fact its perpetual calendar, which indicates the day, the date, the month, and the moon phases, as well as the time across three time zones and a 999-year calendar (it’s safe to assume you won’t need more than that). 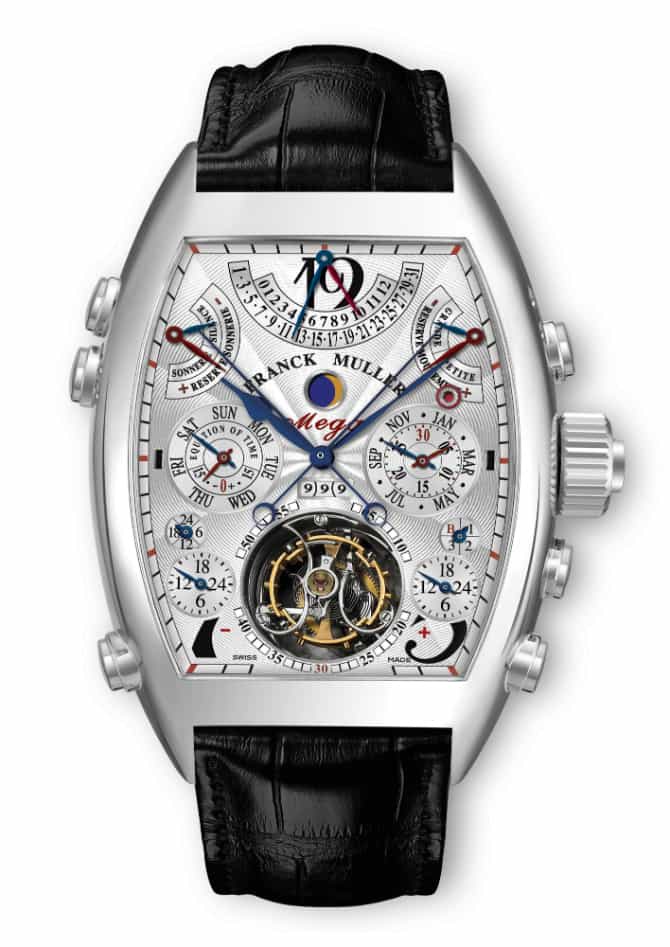 At first glance, this glittering piece by Cartier seems to be a simply an item of jewelry – dazzling as it may be. However there’s more to it that meets the eye.

The Cartier Secret Watch with Phoenix Décor is a one-of-a-kind wristwatch with a peculiar shape and made from extremely valuable materials. Shaped from rhodium-plated, 18-carat white gold, it is embellished with a staggering 3,010 brilliant-cut diamonds totaling 80.13 carats. The Phoenix figure has eyes made from emeralds, in addition to a pear-shaped, portrait-cut weighing 3.53 carats. 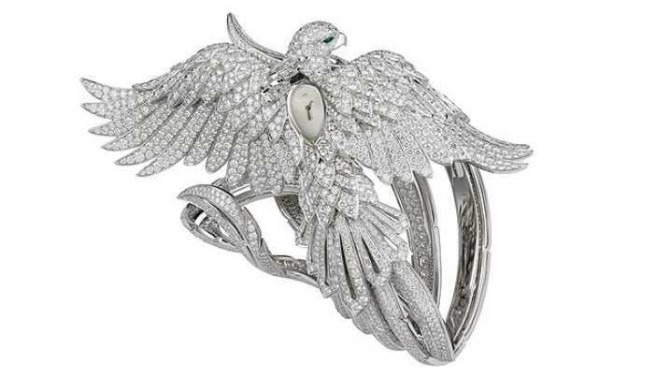 The Emperador Temple might be Piaget’s attempt to see how many diamonds you can actually put on a watch still actually be able to read the time without being blinded by the glow. 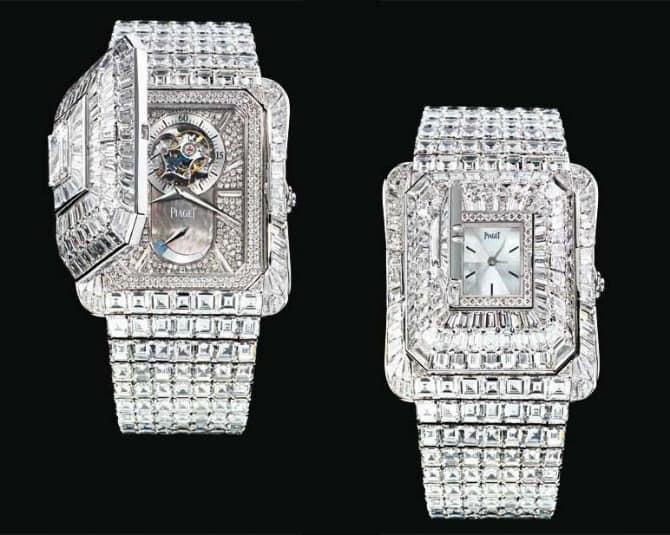 Meteoris, by Swiss watchmaker Louis Moinet, is more than just a series of watches – it’s a work of art in its own right.

The eye-catching planetarium is used to showcase four beautiful tourbillion timepieces: Tourbillon Mars, Tourbillon Rosetta Stone, Tourbillon Asteroid, and Tourbillon Moon. Not only is this an attractive form of presentation, it’s also an incredible technical achievement, made even more amazing by the fact that a number of parts and pieces are covered with powder from various space rocks and meteorites, including actual dust from the Moon and Mars. 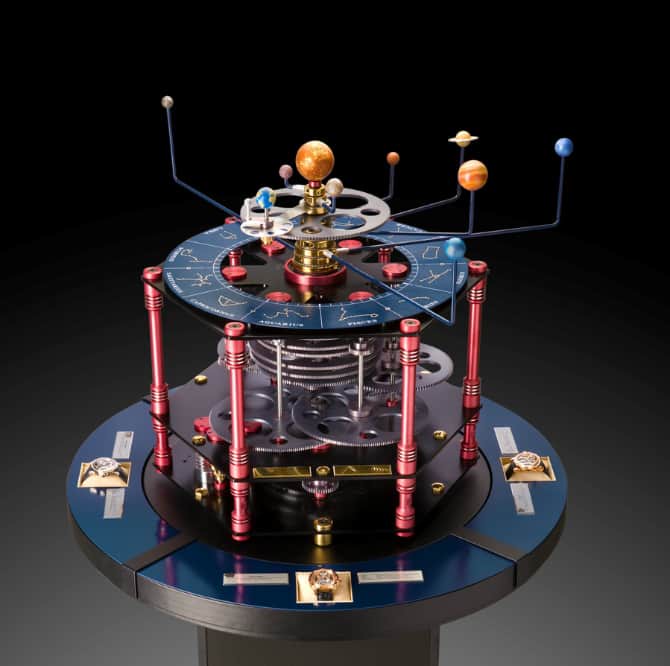 We’ve seen quite a few extremely complicated timepiece, every one of them a testament to the skill of the watchmakers that created them, but the Calibre 89 by Patek Philippe is probably the most amazing of all.

Created by the Swiss manufacture in 1989 to celebrate the brand’s 150th anniversary, this incredible pocket watch has 24 hands and 1728 components, including a thermometer and a star chart. Four of these exquisite timepieces were created, one in white gold, one in yellow gold, one in rose gold, and one in platinum. While you’d certainly need to have some pretty deep pockets to afford one, as it came with a price tag of $6 million, you’d also need strong pockets as well – each Calibre 89 weighs almost two and a half pounds! 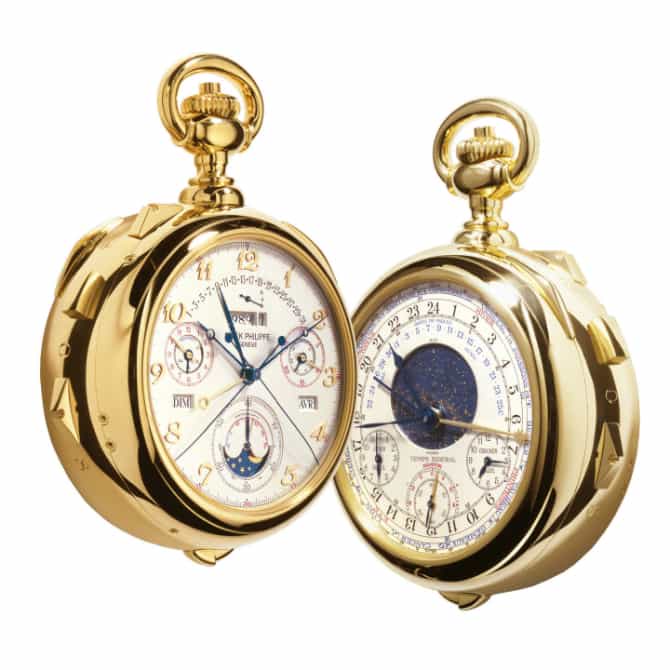 Sold to American banker and watch collection Henry Graves in 1933, the Patek Philippe Supercomplication is fully deserving of its name. It features 24 complications, including a different chronological function for each hour of the day, a chart of the nighttime sky over New York City complete with the magnitudes of the stars and the Milky Way, and a minute repeater with Westminster Chimes.

When this exquisite pocket watch was sold at auction in 1999 for $11 million to an anonymous buyer, it was the most expensive timepiece ever sold – a record it holds to this day. 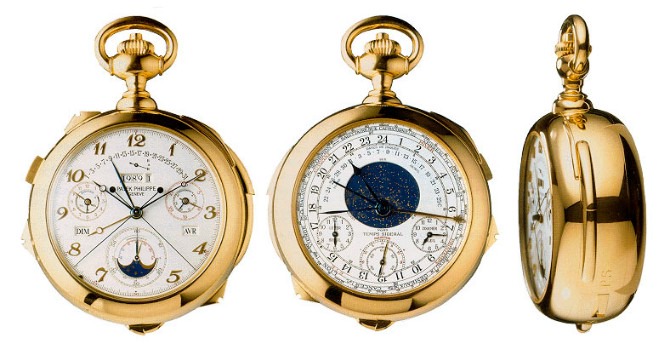