12 Cheap Yet Funny Cosplays Ever

By phutigerald (self media writer) | 28 days ago

Some people are so passionate about cosplays that they have made cosplaying a career! Many of us are curious about cosplays, but the interest is often put down by the time and money we need to invest in making an attractive cosplay costume. What if we tell you that you can still cosplay and gain publicity without needing to spend a dime? Meet Anucha Saengchart, a 26-year-old man from Thailand who runs the Facebook Page #Lowcostcosplay. He works for an elderly care, and in his free time, he cosplays popular cartoon, television, and movie characters. Look at the 12 cheap yet funny Anucha cosplays that are sure to crack you up!

1.Pink is a winner 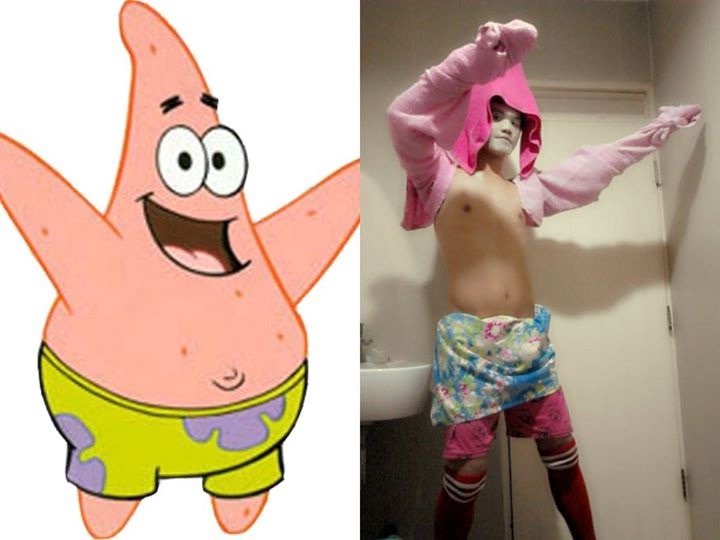 With this outfit, he has clearly put a lot more thought into its development, but that does not mean that it is any good. Instead, the outfit itself is still pretty rubbish, but at least it made us smile. 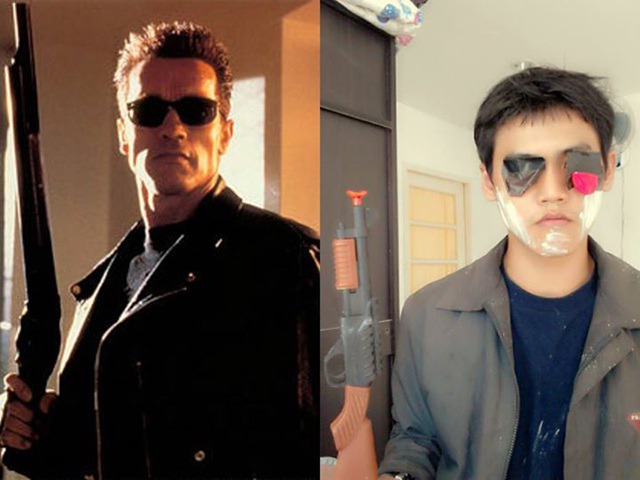 3.Yes that is a potty 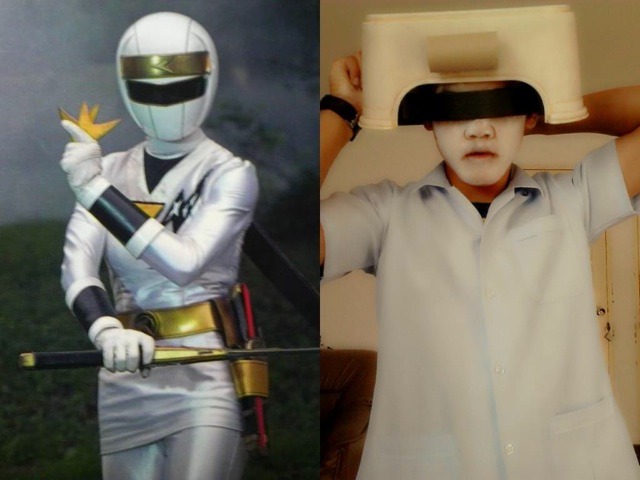 That does indeed look like a potty with a cardboard tube glued to the front and of course he is trying to copy a Power Ranger. Did he do enough to convince you? 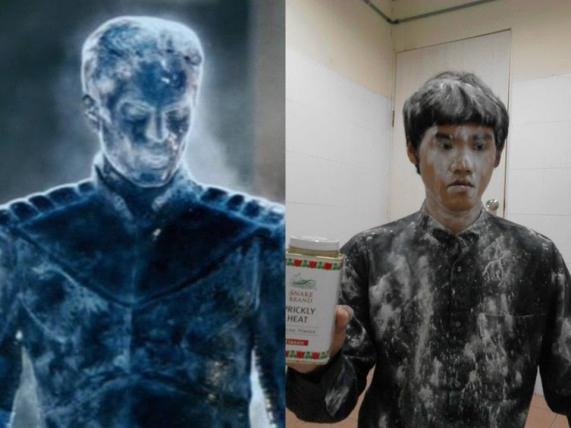 What this shows is that you just need to add flour and you can replicate this character and the actual outcome is, in all honesty, rubbish but funny. He does not even have the mean face to go with it either. 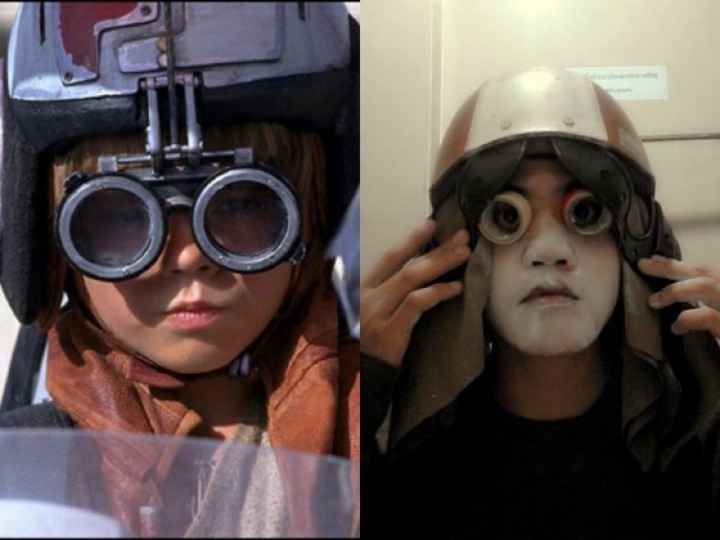 Star Wars characters are very famous. A cosplay event is incomplete without a Star Wars costume. Anucha knew he had to cosplay a Star Wars character, and he came up with his funny cosplay idea. Apparently, he is using a cloth, what looks like two cardboard tubes, and a silver pot on his head! This is probably the cheapest ever Star Wars cosplay, and of course, it is one of the funniest Anucha's cosplays as well. This cosplay went viral and made him very popular a couple of years ago. Hey, you can try this cosplay at home; it's cheap and easy! 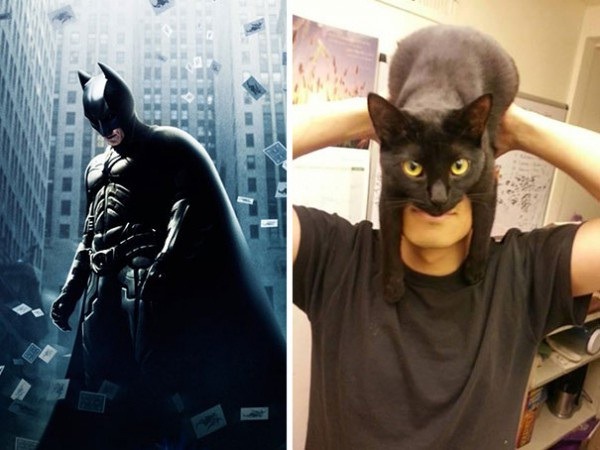 This is quick and easy to do, but only if you have a black cat, because all that is required of you is to pick it up and hold it like your visor and the job is done. Go on, admit it, you are impressed.

7.Those sticks are useful 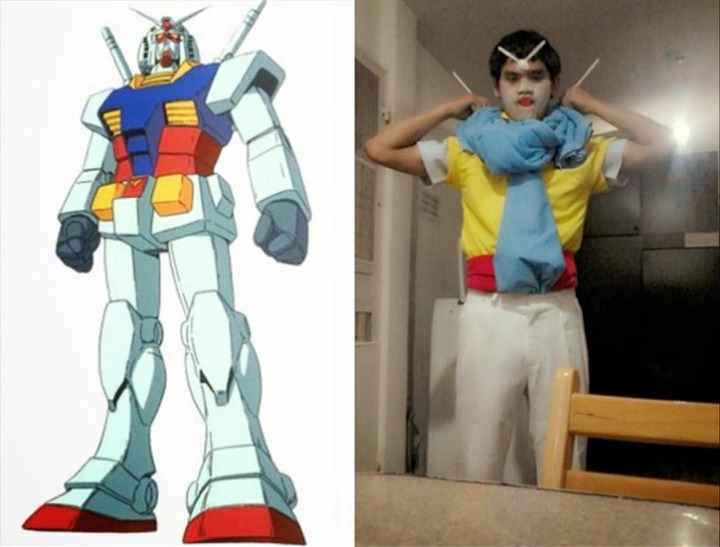 The one thing that strikes you here is that the sticks he has used on his head and for guns really does help to make the outfit. OK with the rest of it he is dressed as if he is going out somewhere, but you have to give him marks for trying. 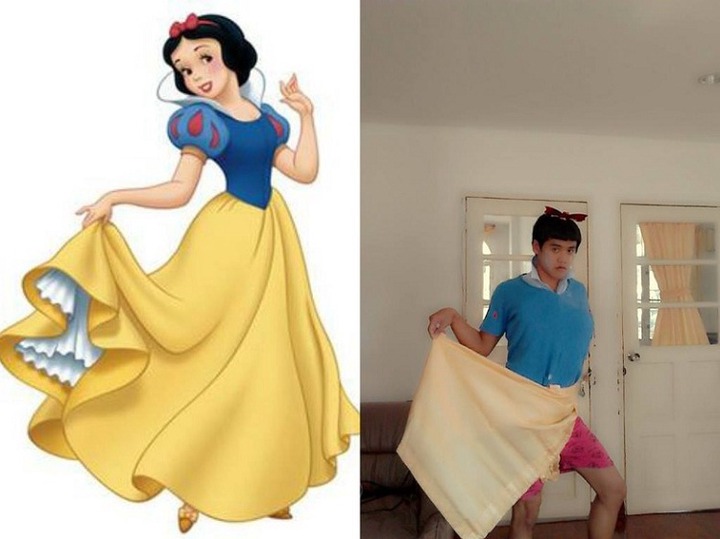 What this shows is that you do not have to go and make a costume in order to be Snow White because this guy has managed it with just a couple of things around the house. OK it is not the most accurate representation, but it is still funny to check it out. 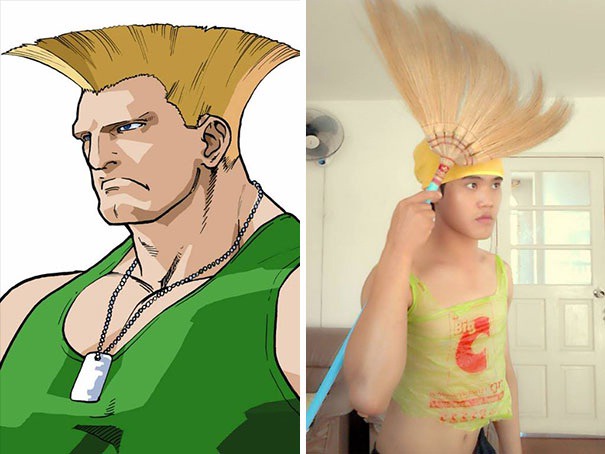 This outfit is actually genius because he has used a carrier bag for the top and a brush for the hair and he is pretty much spot on. Hey he even has the stern face, but of course the muscles are not quite the same. 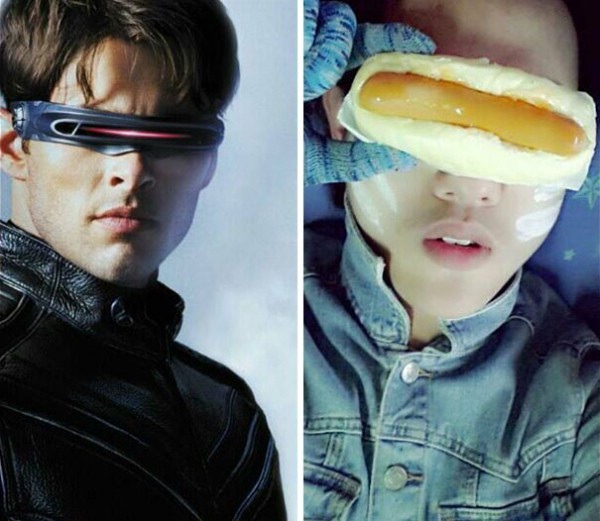 Well what would you have done if you were looking at how to make the visor part of this outfit? The chances are that you would not have thought about a hot dog, but this guy has and at least he gets to eat it later.

11.A well thought out costume 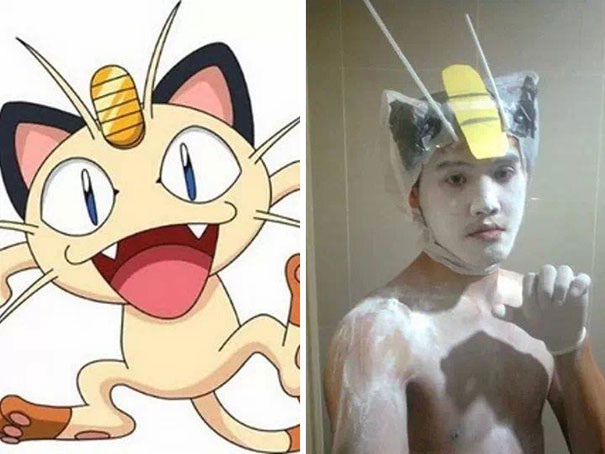 You just know that it cost this guy around $1 to make this outfit and it is so bad that it really is very, very funny. The only criticism is that he should have been making the mouth as well. 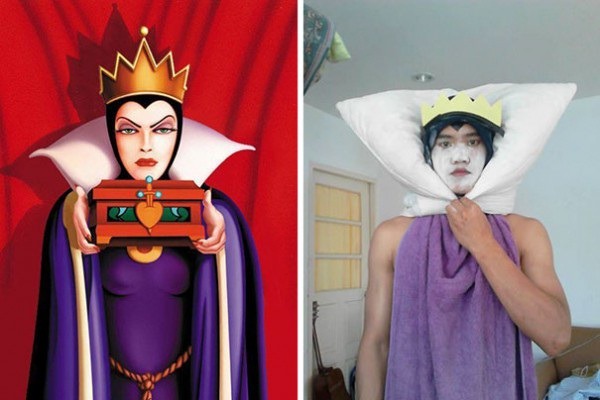 This really is hilarious because can you spot the difference between the character and the cosplay outfit? This guy has really just used what is around him and the result is starting to say the least.

In Shock: Age gap between Sophie Ndaba and her ex-husband will leave you in disbelief.