Miss SA has lost the government's support for the upcoming Miss Universe pageant.

By General_Citizen (self media writer) | 2 months ago 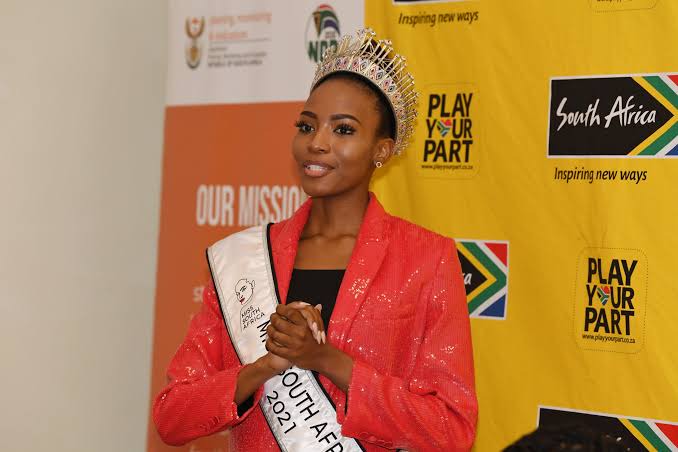 The South African government has withdrawn support for Miss SA's participation in the Miss Universe pageant, which is being held in Israel, after defying warnings against it.

The department of Sports, Arts and culture made the announcement on Sunday in response to public outcry, as well as calls from local and international organizations, over Miss SA's refusal to boycott Miss Universe Israel despite Israel's alleged inhumane treatment of Palestinians being widely broadcast.

The department stated that they had undertaken consultations that were first promising but eventually turned unsuccessful due to a lack of understanding of the potential damage effect the decision would have on Miss SA Lalela Mswane's future.

In a statement, Minister Nathi Mthethwa stated that the reasons for withdrawing outweighed individual interests.“If anything, by withdrawing, Miss SA’s reputation and overall standing will be far more advanced in SA and internationally in comparison to a once-off event that can prove disastrous to her future and public standing as a young, black woman," Mthethwa said.

The Miss South Africa organization had previously stated that they would not be withdrawing from Miss Universe. They claimed they were not a political pageant and that their pageant was not influenced by politics.

In an interview with 702's Clement Manyathela earlier this week, the Miss SA CEO, Stephanie Weil, said Mswane was participating in the pageant.

The event will take place on Monday, December 13 at the Universe Arena in Israel.