By ElisaShantee (self media writer) | 1 year ago 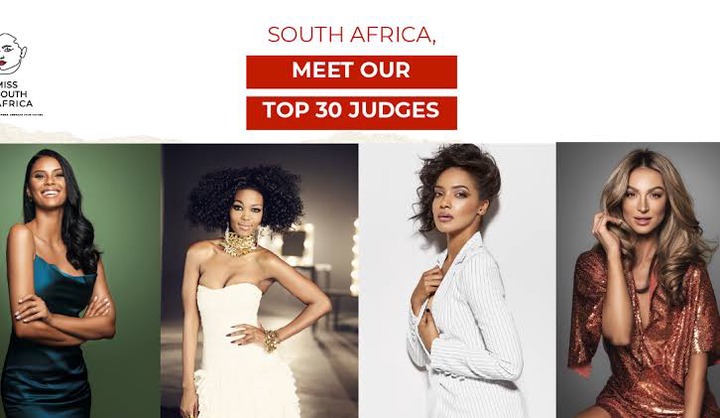 The top 30 contestants for Miss South Africa 2021 have been announced.

The top 30 is a strong and diverse group. There are two doctors, an attorney, a commercial pilot, an environmental specialist, and models, graduates, and students among them. Others run charitable organizations while others have started their businesses.

Lehlogonolo Machaba from North West is also the first openly transgender woman to compete in the Miss South Africa pageant.

"I believe I am deserving of this title because I have demonstrated tenacity. I have not forgotten the 'why,' and I have continued to work on myself to come back stronger, always choosing bravery as an example to others to never give up but to rise and seize opportunities "Olin-Shae adds.

CHECK OUT THE TOP 30 ANNOUNCEMENTS HERE:

Gauteng has 12 contestants (four of whom are from Pretoria), followed by the Western Cape with seven, KwaZulu Natal with four, the Eastern Cape with three, and the Free State with two, while North West and Limpopo each have one.

Andile Mazibuko, a 23-year-old South African woman, says in a message to young women in South Africa: "Nobody can hold your crown as high as you can. Rise above adversity and show the world what a superpower it is to be a woman."

Ané Oosthuysen says she has been inspired by the Miss South Africa platform and the "women who are selfless, determined, ambitious, brave, and driven to serve the people of this country" since she was a child. Rolene Strauss, Miss South Africa 2014, is her role model. "She demonstrated to me that you can achieve anything you set your mind to; all you need is the will to do so," she says.

Kgaketsang Mathobisa says she loves the country's diverse cultures and how we "embrace our diversity." "I want to change the social injustices we face as a country and encourage people to see each other as equals rather than inferiors," she says of the country's challenges.

Bokang, who won Miss South Africa in 2010, advises this year's top 30: "Be yourself, be genuine, be honest, and bring your A-game!"

The public is now the fifth judge in determining the top ten finalists, and they will be able to vote for their favourite contestants from July 6 until midnight on July 21. Each entrant has a unique number that members of the public can use to vote for them on the Miss South Africa website.

The public can also vote in person with cash at a Money Market counter at any Shoprite, Checkers Hyper, Checkers, selected Usave, or House & Home store, or vote online with a credit card at Computicket. The cost of one vote is R5 with a choice of bundles (R20 for five votes, R50 for 12 votes, and R100 for 25 votes). Voting bundles include free votes and cannot be divided among multiple contestants.