From Zulu, Tsonga and Venda Which Culture Has the Most Beautiful attire? See Pictures

By Black_Media (self media writer) | 18 days ago

Even though South Africa is loaded with splendid traditional clothes, grading them is necessary in order to determine which is the greatest of all the best. In this post, I've just mentioned three different tribes. Take a look at the information, which contains both language and photographs, and then pick which culture has the most visually appealing clothes. 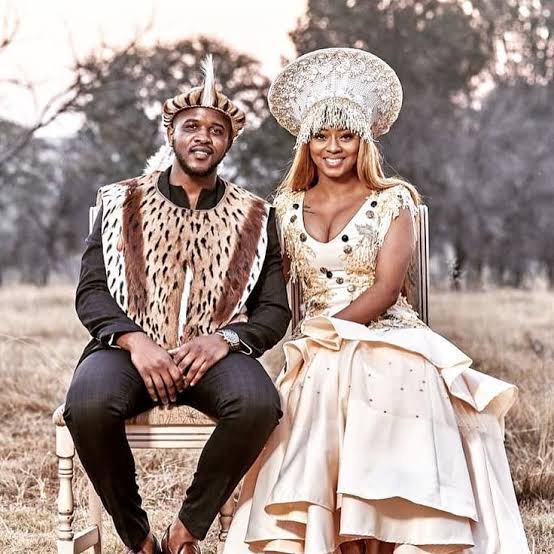 Similarly to men in Zulu tradition, Zulu females dress in a variety of ways based on their age and social standing. If you're unmarried, keep your hair shorter and wear a plain grass skirts with beaded trimming to complement your look. If you're married, keep your breasts covered and allow your hair to grow as it naturally would. 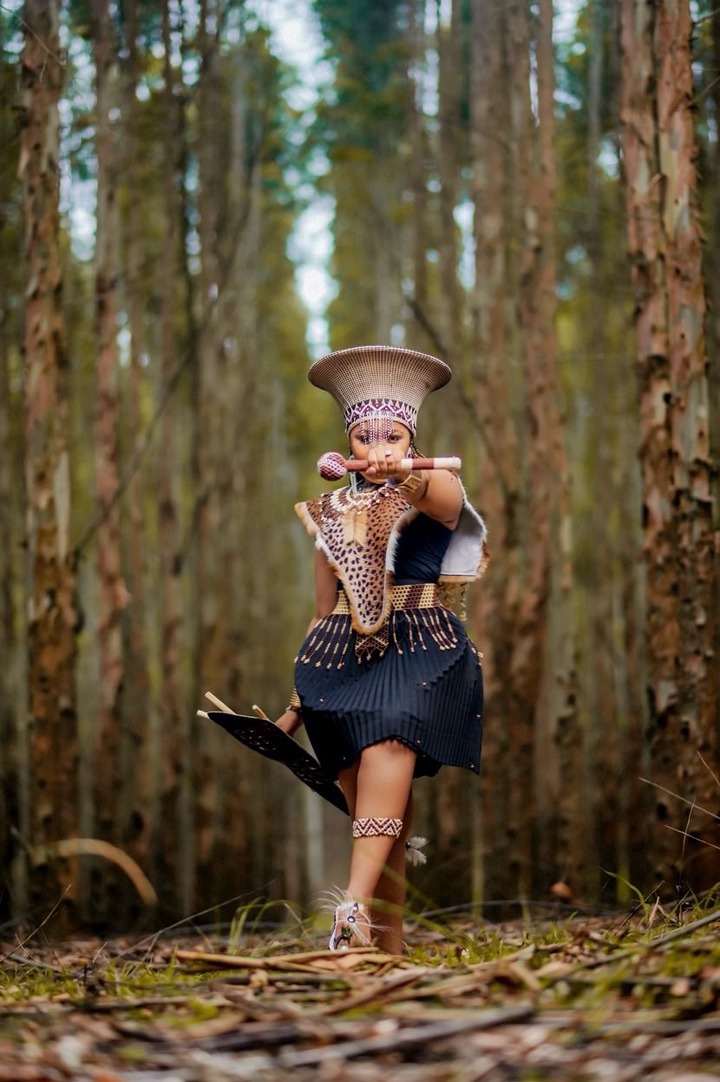 A recently married woman customarily wraps her whole body to show that she has been cared for by her husband or boyfriend. In order to ensure her relaxation, the skirt she's wearing is made of leather that has been smoothed with plant oils and charcoal. Beaded undergarments or linen vests, worn with hemp necklaces to give a more stylish twist than it has ever been, are taking the place of the traditional clothing concealing the breasts that women have worn for generations. 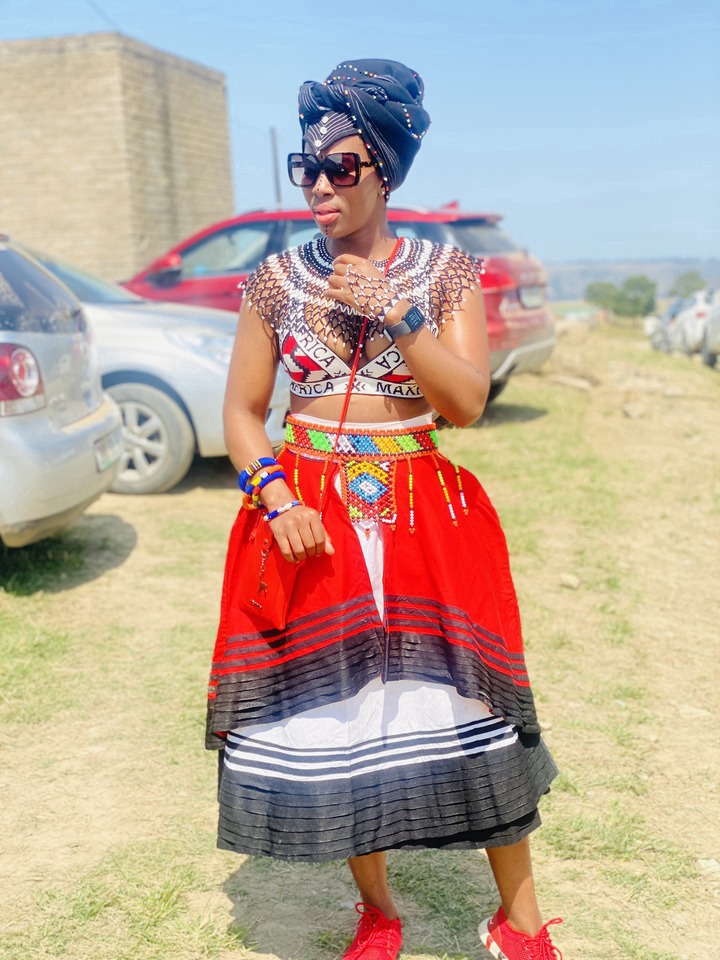 Undoubtedly one of the most well-known pieces of jewelry is the izicolo, which is a circle headgear worn by married women, and which is the easiest to identify. 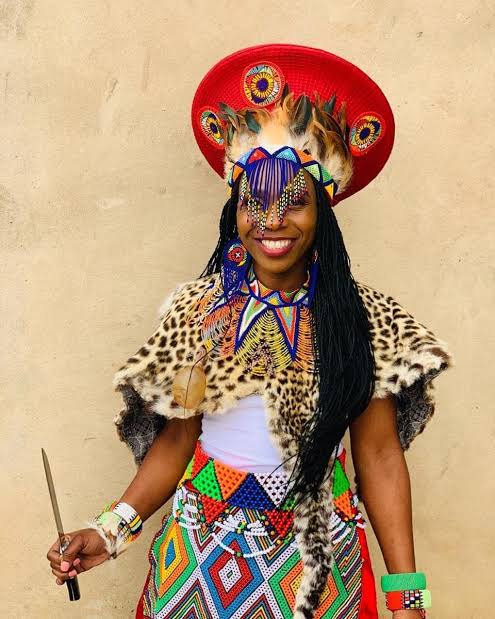 Individuals used to wear these to protect their body from the sun when the weather was severe. In most cases, they were constructed of grass or cotton, and their circumference might reach up to one meter in length. Despite this, they were reported predominantly in African countries.

Traditionally, Zulu males used animal hides and feathers as part of their attire. Due to the reverence held for the leopard in their society, only monarchs are permitted to wear leopard hide. The leopard is regarded as the ruler of all wildlife in their culture. It is customary to wear an isinene (front apron) or an ibheshu (rear apron) to protect one's genital organs and buttocks when dressing in traditional attire. 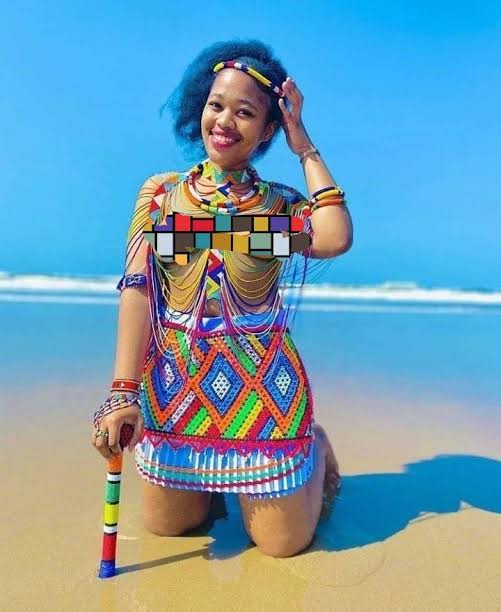 Stitching is popular among Zulu women, and amashoba (tufts of a cow's tail) is commonly seen on the rear ends of women's shoulders and even down under the knees to create the idea that the person is taller and stronger. Only married men can be seen with headbands on their heads. All of this would be appropriate for a wedding celebration, for instance. 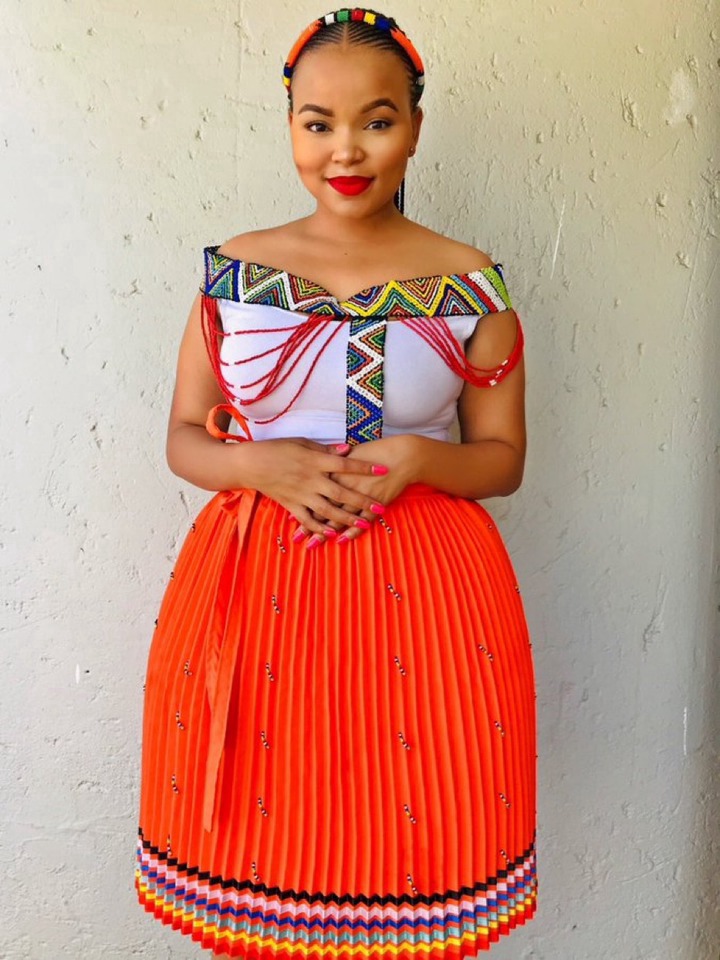 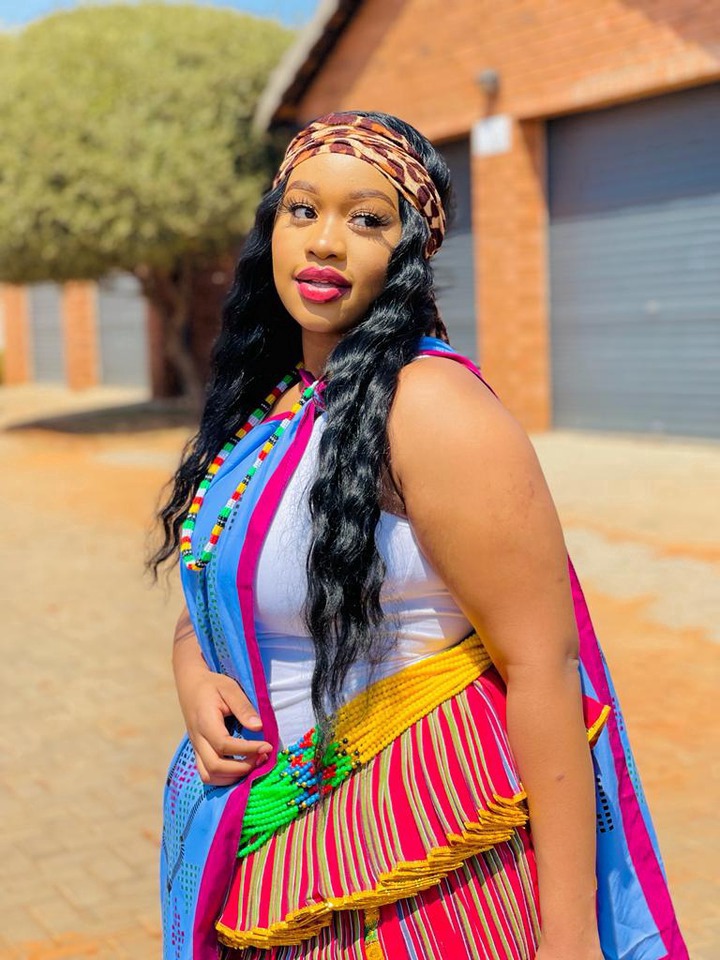 These people are originated from the Zulu and inhabit predominantly in southern Mozambique and northern South Africa, as per folklore and historical records. Women dressed in xibelani dance in a flutter of color while wearing a skirt that blows in the breeze. Animal skin apparel is worn by men. Women wear brightly colored xibelani, a pleated skirt that moves in tune with the dancer's every movement. Tsonga males traditionally dress in animal hides as part of their cultural attire. 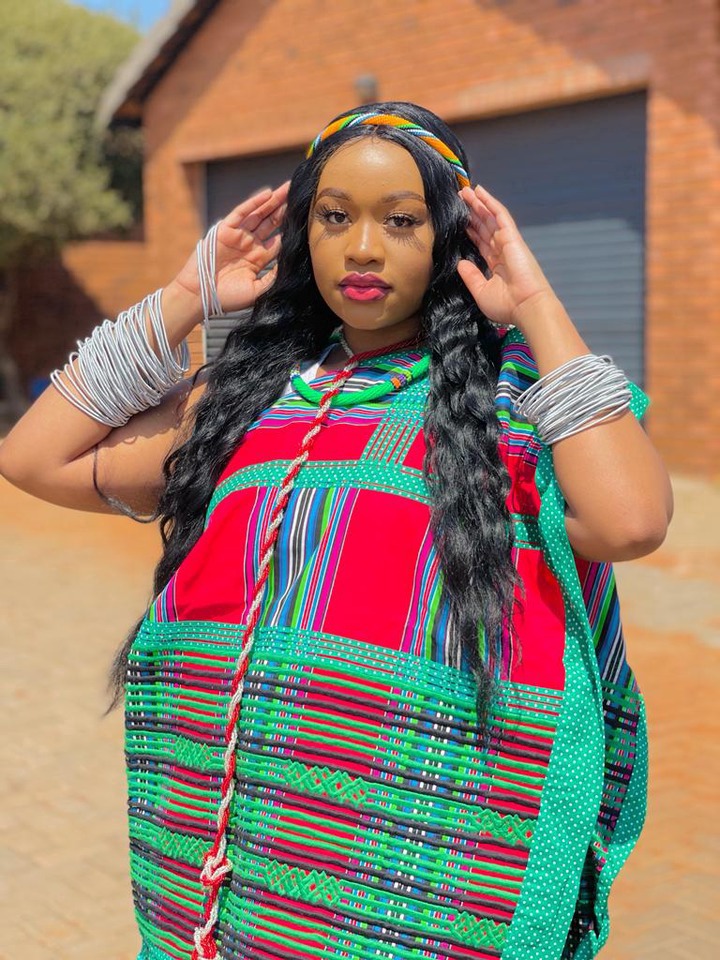 The shedo, which is a short cloth that wraps the whole hips, is the traditional attire of females in the Venda tradition. Nwenda is a piece of cloth that is donned by females when they first begin to grow boobs. When worn, it is wrapped around the waist and throughout one arm. 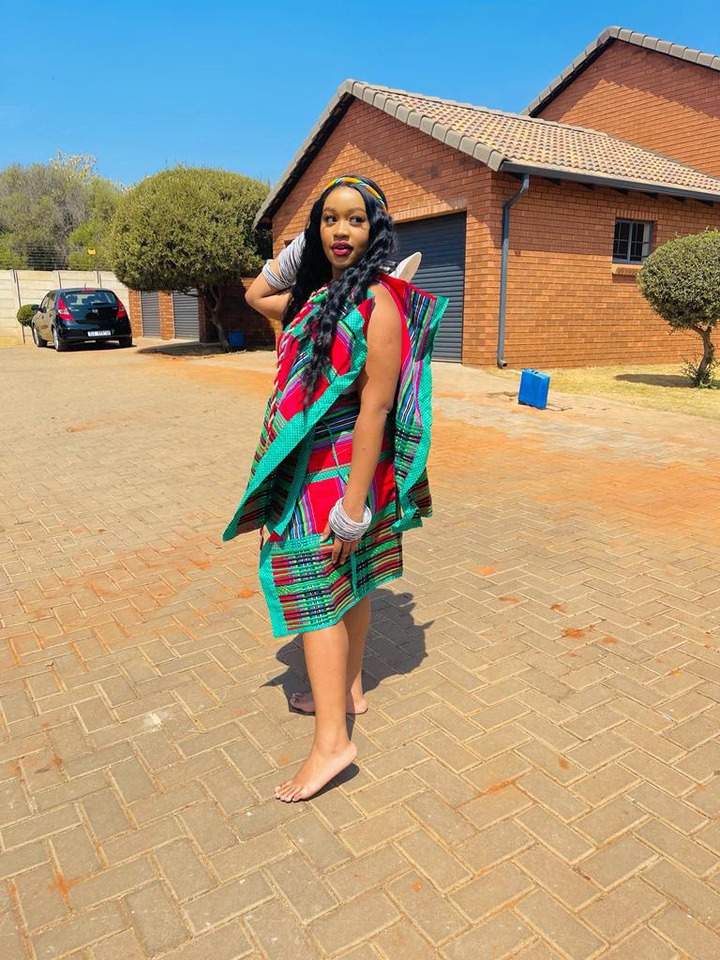 If you want to be more modest, drape the nwenda over your shoulder. It's made of a striped fabric with multiple colors. Beaded bracelets, cuffs, and headbands are among the other fashionable headbands and decorations available.

Tsindis were formerly worn by adolescent boys in Venda culture when they were clad in a loincloth, according to tradition. A layer of animal skin in the form of a rectangle that wraps your front before being tied behind your back. A knot is tied around your waist once it has been placed between your legs. When the weather grew very chilly, they'd wrap a shawl around their shoulders. 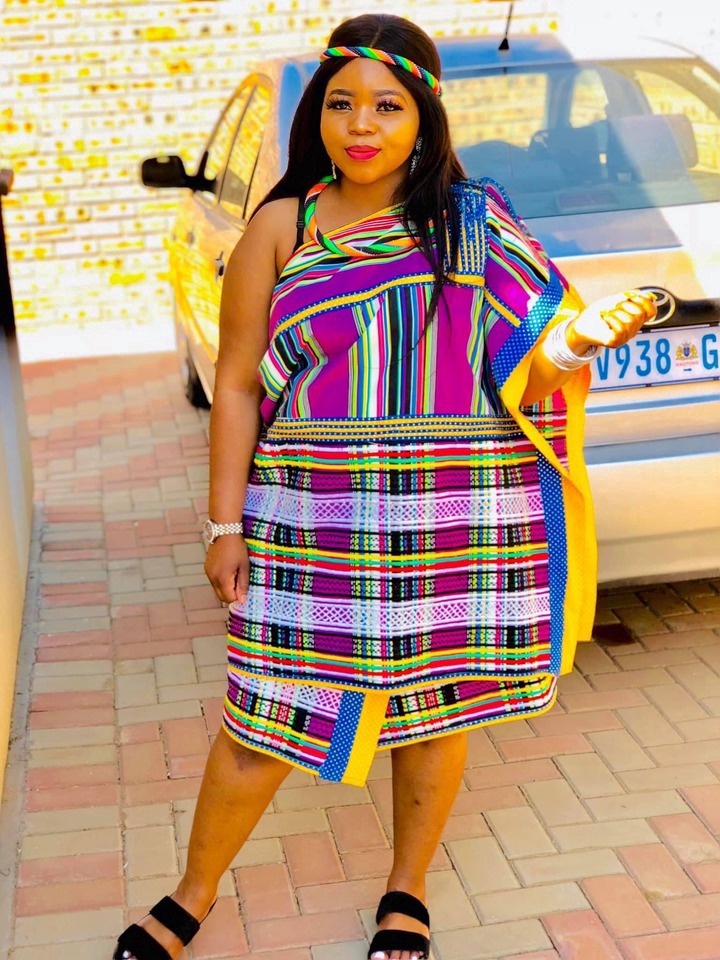 For modern Venda men, shirts made of nwenda cloth are the most popular piece of clothing they wear, which they combine with a pair of matching trousers to complete their ensemble.

Please tell me which of my assessments you agree with, as well as which ones you believe should be changed. To be certain, which one should I also consider including in the equation? Please feel free to express yourself in the comment field below. The DA Offers Soweto Residents 'Kitchen Girl And Garden Boy' Jobs, But This Makes Them Angry