Top artistic director of Louis Vuitton's menswear line, Virgil Abloh, died Sunday at the age of 41 after a long battle with cancer, according to the French owners of the fashion and luxury business, LVMH.

"This tragic news has startled us all. In addition to being a brilliant designer, a visionary, and a man of great beauty and wisdom, Virgil was also a wonderful human being "Bernard Arnault, CEO of LVMH, stated in a statement. 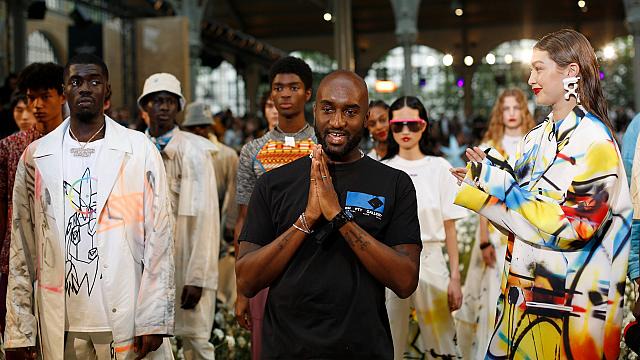 He continued, "The LVMH family joins me at this moment of tremendous sadness and we are all thinking of his loved ones after the passing of his husband... father... brother... friend." LVMH's Twitter account carried the statement.

The group stated that he had been "fighting discreetly" the cancer for several years now.

In 2018, Abloh became the first black American creative director of a high-end French fashion house when he was named artistic director of Louis Vuitton's menswear collection.

When he was a child, his parents had moved from Ghana to the United States.

One of Abloh's most well-known brands, Off-White, was purchased by LVMH earlier this year. LVMH purchased a 60% share in Off-White, while Abloh retained a 40% ownership in the business.

Anti-racist and anti-homophobic statements were displayed at Abloh's Louis Vuitton show in Paris in January as part of the designer's environmental and social activism.

His collaboration with LVMH "would be used to promote opportunities for diverse individuals and foster greater equity and inclusion in the industries we serve," he said earlier this year.