Starting off our list is Chanel No. 5. You can’t have a list with the best perfumes without including the iconic fragrance, released on May 5thy1921 by Coco Chanel herself. Created by master perfumer Ernest Beaux, who used to work extensively for the Russian Imperial family, it is notable for the revolutionary use of aldehydes in its composition.

With a formula that has hardly changed in almost a century, Chanel No. 5 has reached legendary status and has become an essential item in any stylish woman’s collection. 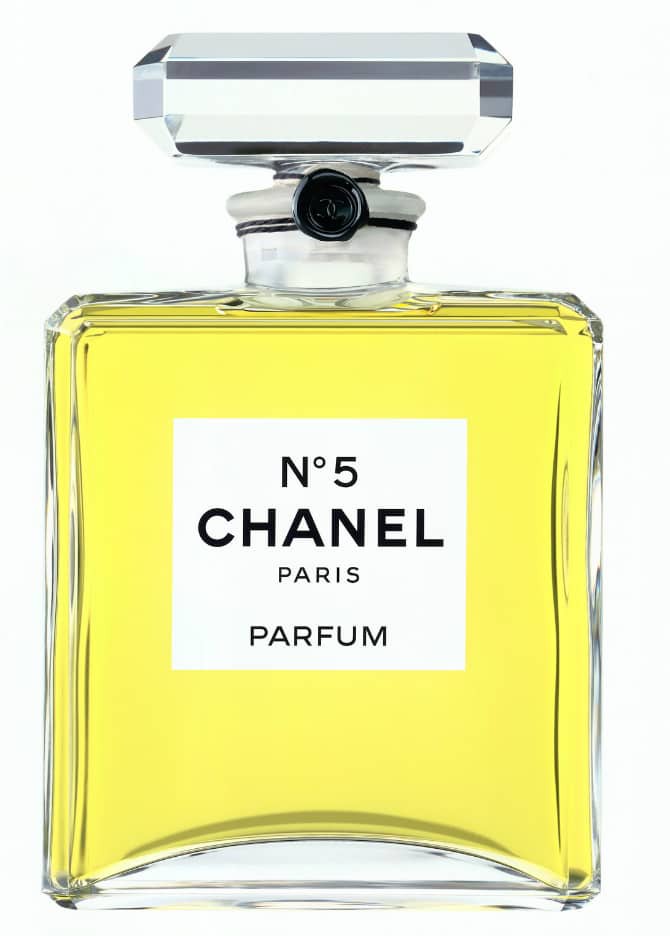 Neroli, tuberose, tiare flower, sandalwood, and musk blend together creating a wonderful floral fragrance, resulting in a luxurious and sensual essence. Presented in “Le Coquillage”, a stunning Lalique crystal bottle reminiscent of a butterfly wing (which is a masterpiece in its own right), the release was limited to just 900 numbered bottles 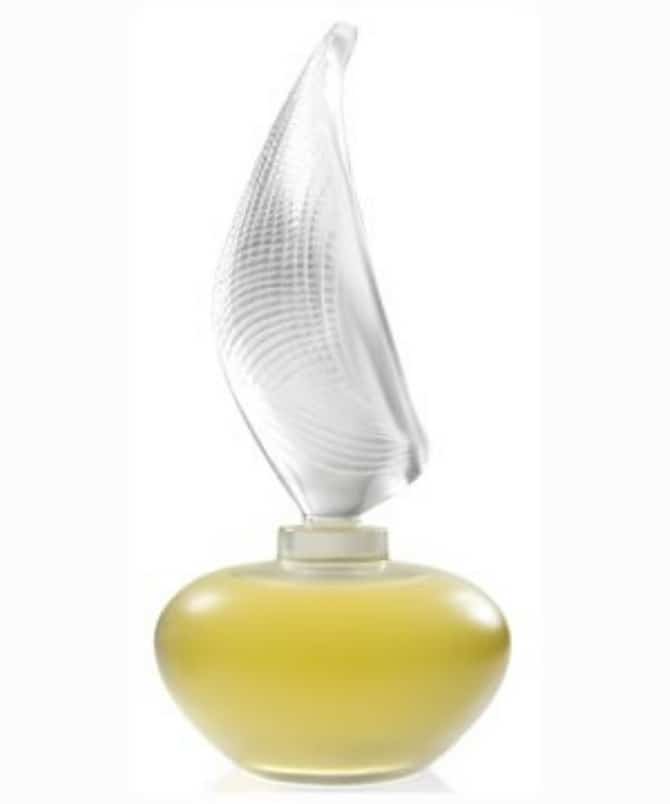 Launched back in 1981, Eau d’Hadrien is the result of a collaboration between Annick Goutal and Francis Camail. The fragrance is an exquisite mix of cypress, grapefruit, lemon, sicilian lemon, citron, mandarin orange, aldehydes and ylang-ylang. Released quite some time ago, the perfume has since cemented its great reputation – and in 2008 it was inducted in The Fragrance Foundation’s Hall of Fame. 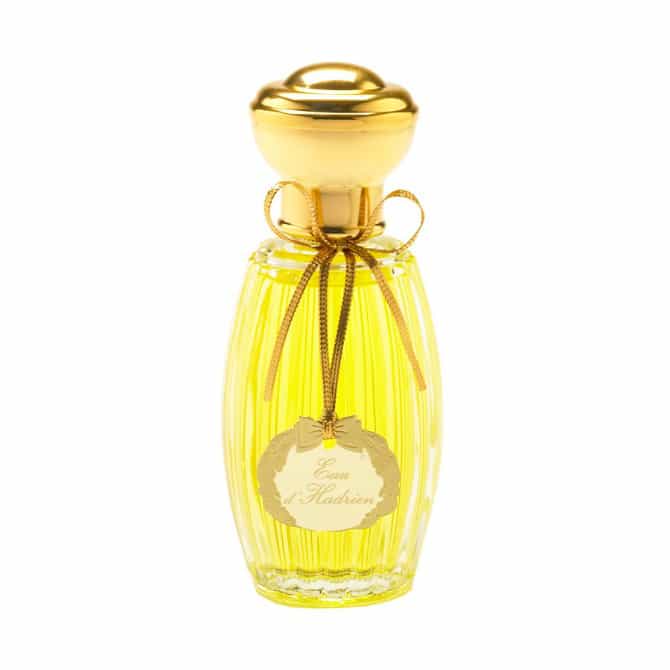 Created by the acclaimed, yet mysterious jeweler Joel Arthur Rosenthal (better known as simply JAR), Bolt of Lightning is an oriental floral fragrance for women released in 2001.

A complex fragrance most prominently featuring tuberose and green notes, it is somewhat reminiscent of the scent of the air and the grass after a storm. 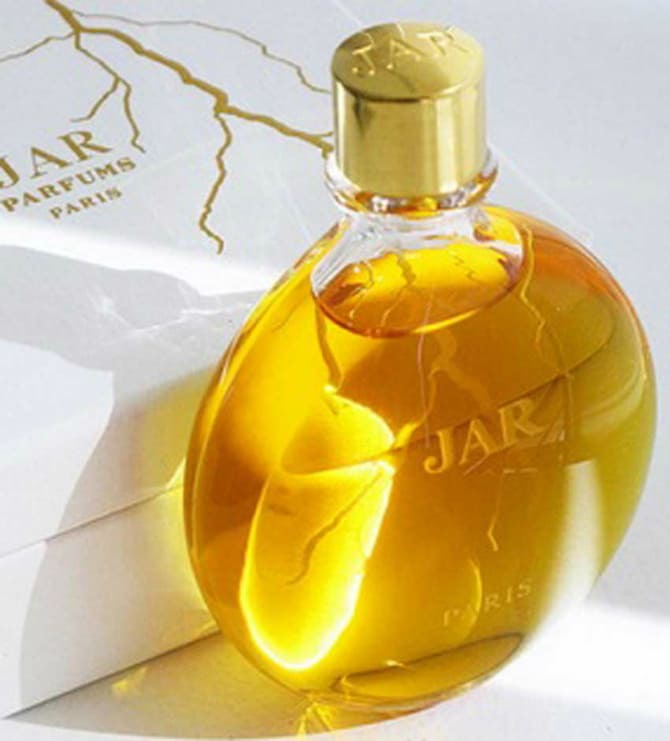 Created for French couturier Jean Patou by perfumer Henri Alméras in 1929, Joy has remained to this day the brand’s most famous fragrance, as well as one of the most highly-regarded perfumes ever created.

An exquisite example of the floral genre in the art of perfumery, it was designed to lift people’s spirits, as it was released during the Great Depression. A staggering 10,000 jasmin flowers and 28 dozen roses are used to create just 30ml of perfume, which partly explains its high price. Another explanation is its prestige: in 2000, Joy was actually voted “Scent of the Century”. 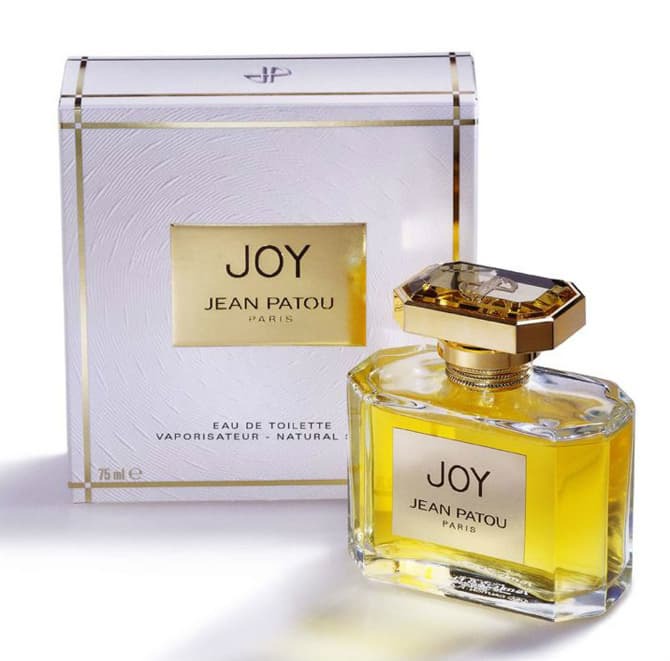 Established in 1904, Parfums Caron is one of the world’s most prestigious perfume house, the last of its kind to be mostly focused on fragrances and not fashion. Released in 1954, Poivre is perhaps the most iconic perfume bearing the brand name – and definitely the most expensive.

The name is French for pepper, quite appropriate for this fiery, spicy scent which went against all the 1950s female stereotypes. 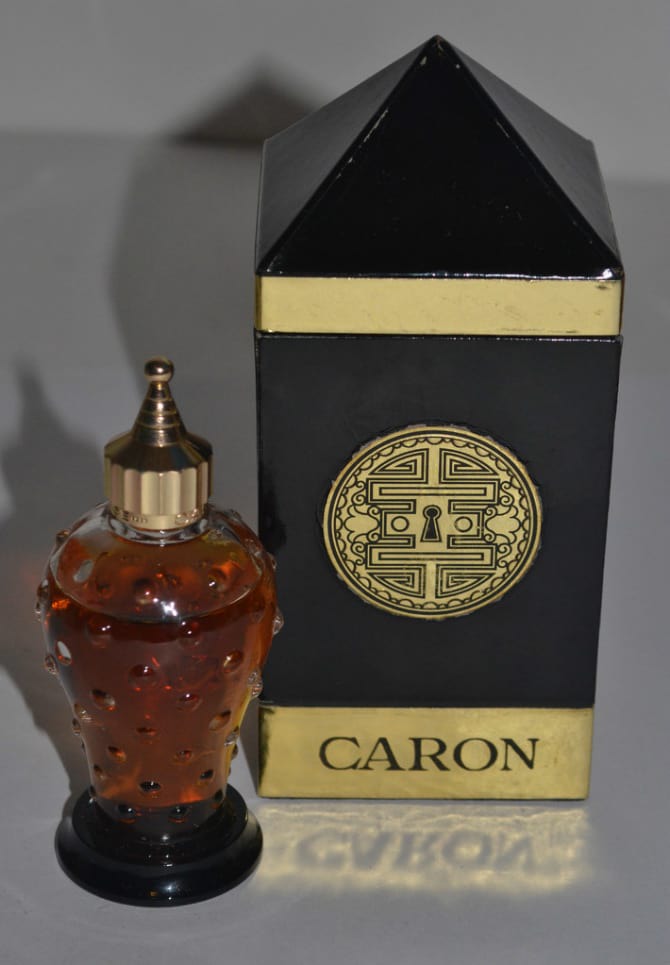 French luxury brand Hermès launched this perfume in 1995, naming it after the address of its flagship store in Paris: 24, Rue du Faubourg Saint-Honoré.

The fragrance is a sunny mixture of orange blossom, jasmine, tiara flower, ylang ylang, iris, patchouli, vanilla, ambergris, and sandalwood, while the bottle is made from St. Louis crystal shaped into an eye-catching square with gently curving sides. Only 1000 of these bottles have ever been released. 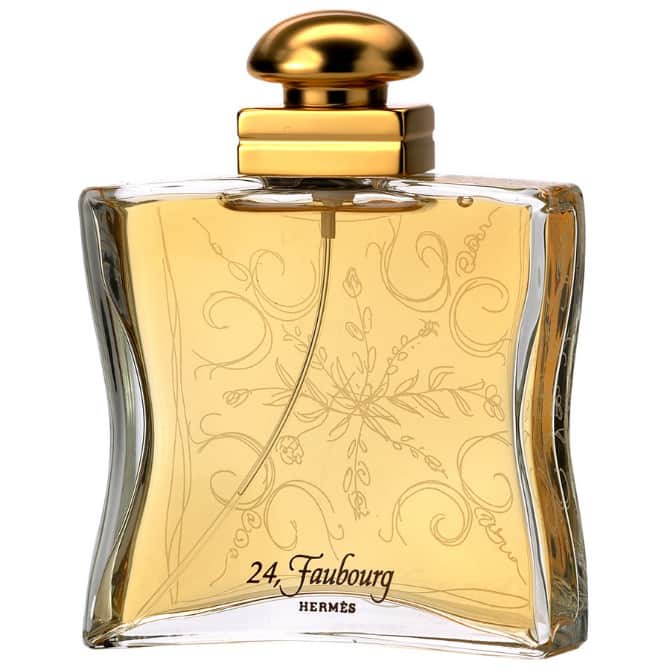 This limited edition fragrance was recently released by Clive Christian to celebrate 15 years since the launch of the original No. 1. Featuring a richer, more concentrated version of the iconic perfume, the new Clive Christian No. 1 comes in two varieties: Floral Oriental for women and Woody Oriental for men. Just 500 bottles of each version were created, resembling the house’s signature bottle, lacquered in white gold and with a gold stopper as well. 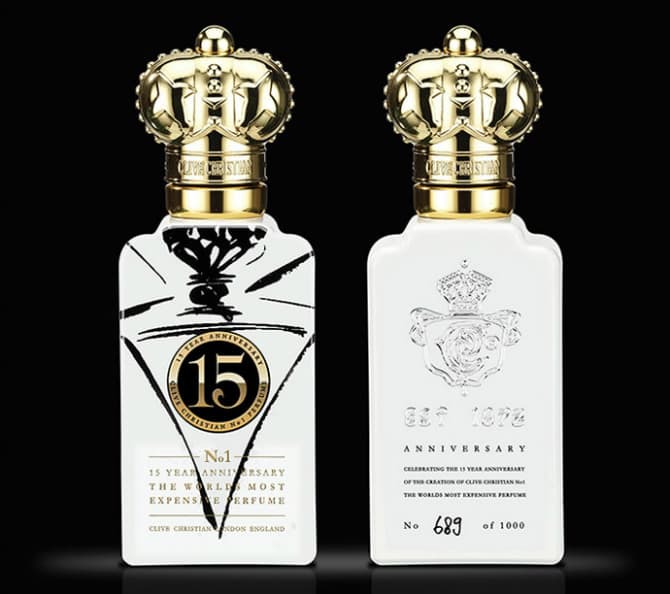 Baccarat is a fine crystal glassware manufacturer, famous around the world and the artisan of choice for many high end perfume companies when it comes to the creation of the recipient in which to present their work. In 1998, the company decided to launch its very own fragrance – and the result was called Les Larmes Sacrées de Thebes (The Sacred Tears of Thebes).

This Egyptian-themed perfume is an exquisite blend of myrrh, amber, jasmine, rose, and Egyptian cassie, among others, and comes in a beautiful pyramid-shaped bottle. 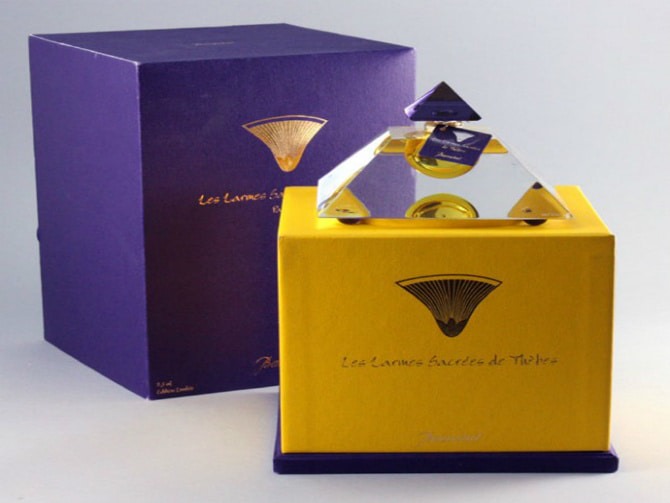 In 2005, Clive Christian released what is officially the most expensive perfume on the world. How official? Guinness Book of World Records official!

The ‘No.1 Imperial Majesty’ was launched as a 10-bottle limited edition in the famous Harrods store, in London and was also sold at Bergdorf Goodman in New York. It was presented in a Baccarat crystal flacon, adorned with a five-carat white diamond and an 18-carat gold collar. Included in the staggeringly high price (over $205,000 for a 17 fl oz bottle) was the delivery in a Bentley. 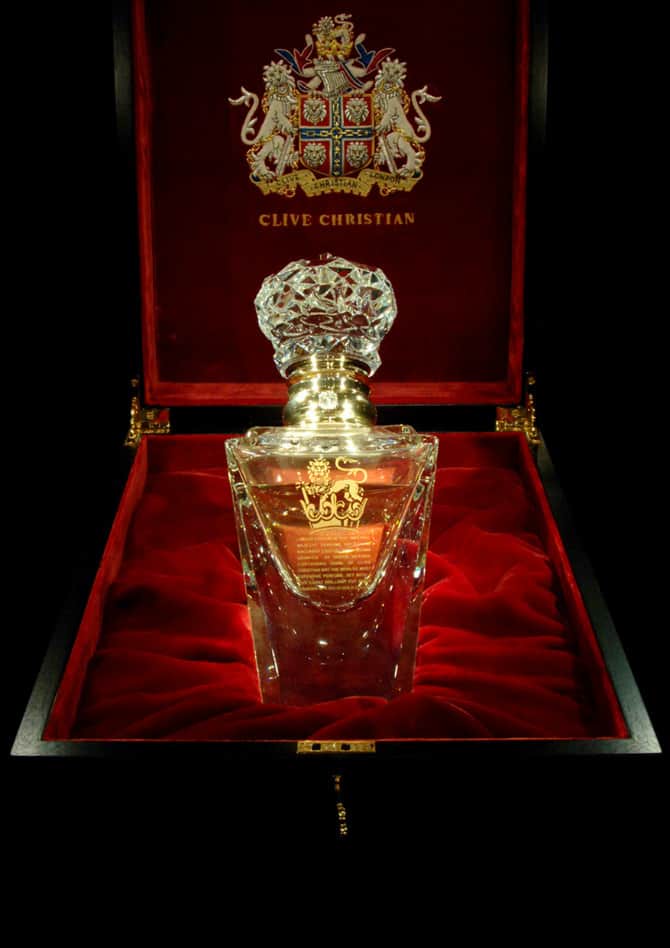 Former Pirates Skipper Sends A Message To The Club

Bonang Matheba Rubbed It All On Minister Nyathi Mthethwa's Face