Top 10 Most Expensive Rolex Watches of All Time

Made back in 1950, the stainless steel Rolex Perpetual showed up at Christie’s in New York in 2013 with only a $250,000 – $350,000 presale estimate. The previously nicknamed “Padellone” earned itself a new nickname, “Sleeping Beauty” right after it broke records and got sold for an unbelievable $1.14 million.

While there were around a total of 1000 in existence, it’s one of the most complicated watches Rolex ever made, featuring a triple date and moonphase display. 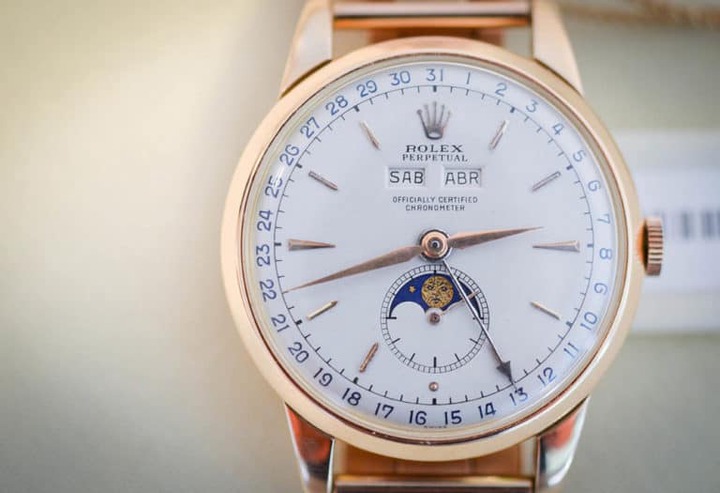 Back in 2014 when it was auctioned at Christie’s auction house in Geneva, the 1949 Rolex Oyster Perpetual with a cloisonné enamel dial became the most expensive Rolex watch ever to be sold.

Sure, some years have passed since, and other valuable Rolex timepieces have surfaced and broken that record, making this one look like a bargain. The 18k gold model’s dial depicts a ship sailing on rough seas. The scene includes a whale as well. It’s one of the oldest and rarest Rolex watches around and its rarity sure shows in the price the anonymous buyer finally paid. 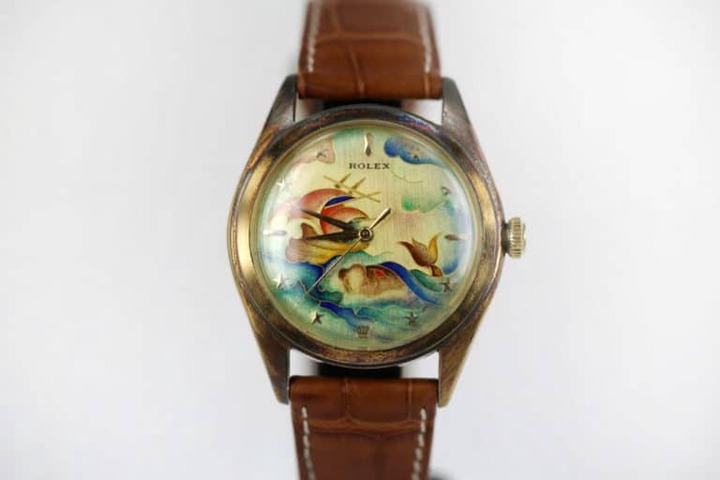 First auctioned by Sotheby’s in New York back in 2003 for a mere $505,000, the 1971 Oyster Albino Cosmograph Daytona, which at some point belonged to the notorious musician Eric Clapton, was sold again in 2015 at a Phillips auction in Geneva for a more than double $1.4 million.

The rare edition of this Rolex Cosmograph Daytona was nicknamed “Albino” due to its unique silvered chronograph totalizer, one of the four that ever existed. The price was surely boosted by the fact that this was once on the wrist of Eric Clapton, who had bought it at some point in the 1990’s. 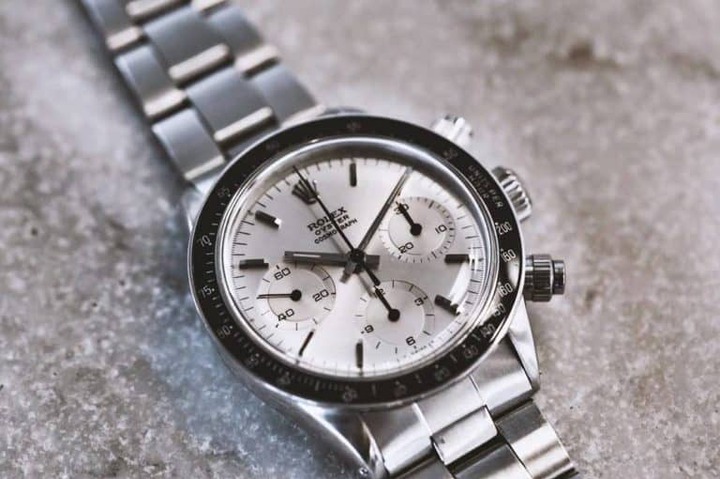 One of the only two known “Oyster Sotto” that ever existed, this 1969’s Paul Newman Cosmograph Daytona is unique and unusual in the fact that the word “Oyster” appears underneath (sotto in Italian) the “Rolex” and “Cosmograph” words on the dial, as opposed to most other models where it stands in between.

Considered a dream watch for collectors, one to which time added a wonderful patina of chocolate brown on its stainless steel bracelet and stunning dial. The legendary watch was sold at a Phillips auction in 2016 for a little less than $2 million. 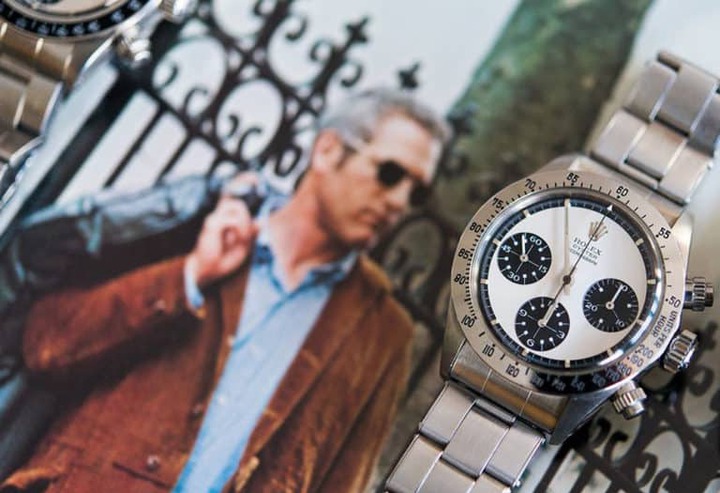 The 1942 Rolex Chronograph is part of a an old collection of 12 watches of this kind, which makes it one of the most rare Rolex timepieces you could ever find on Earth. The 44 mm manually wound split-seconds chronograph is encased in a stainless steel and it’s the largest watch Rolex ever made.

Never released to the public, the 12 pieces of the collection were given to a select group of race drivers, out of which only 8 are known to still be in existence today. It was first auctioned in 2013 at Christie’s for $1.16 million, but with most of the collection probably lost in the mists of time, it shouldn’t be surprising anyone that the same watch surfaced again in 2016, when it was sold for a record breaking $2.5 million at Phillips Geneva. 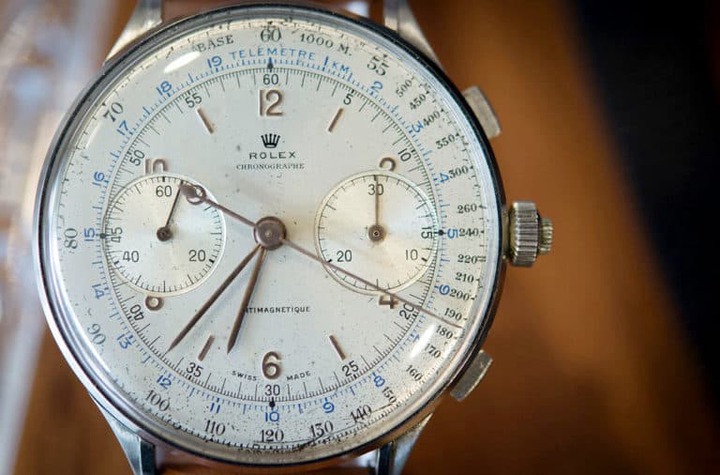 Beating the old record by $1 million, the 1958 Rolex GMT Master was auctioned at Phillips, Geneva in May 2016 for a surprising $3.5 million. Unlike most other models on our list and the other GMT models, this one is really clad in 18k gold and features a stunning Bakelite cognac-brown bezel.

It has been preserved in its original state by all the previous owners and surfaced a few years ago for a first sale, but at the time, the price didn’t make it among the remarkable ones. 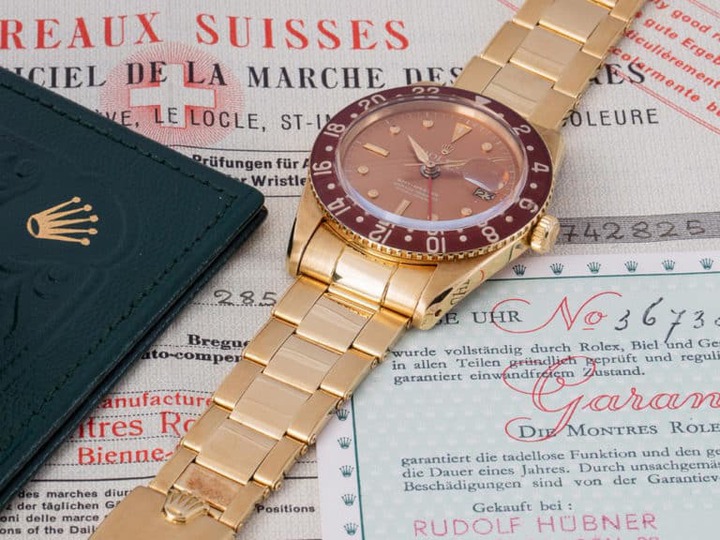 Nicknamed “The Legend”, the 1969 Paul Newman Oyster Cosmograph Daytona was another extremely valued Rolex timepiece that exceeded all expectations. One of the only three confirmed and ever known by public, it was sold at a Phillips auction in Geneva in May 2017 for a whooping $3.7 million.

What’s so special about it is the yellow gold case and bracelet with a sublime lemon grené dial and black subdials. Being one of the only three confirmed in existence and one of the only two of them in yellow gold, this Paul Newman Daytona it’s worthy of its nickname, The Legend. 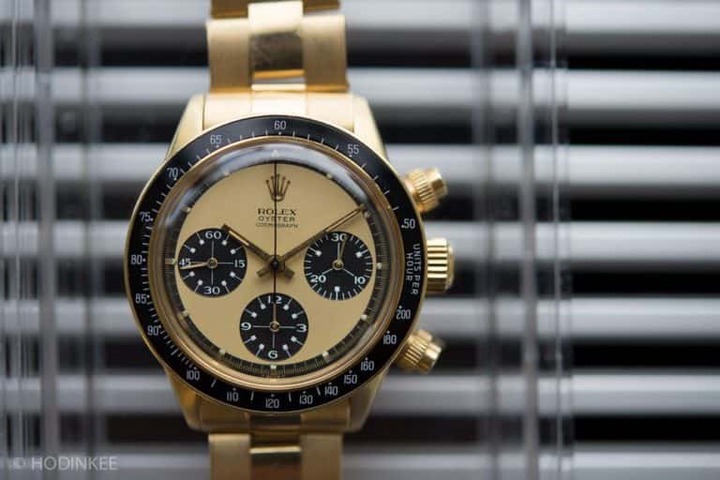 We’re now moving into the top three most expensive Rolex watches of all time with a truly unique timepiece, the 1954 Bao Dai Rolex Oyster Perpetual. It was specially crafted back in 1954 for Bao Dai, the last reigning Emperor of Vietnam, whose name means the Keeper of Greatness.

The watch is special not only because of its original owner, but also through the fact that it’s the only one of its kind, made of 18k gold, outfitted with a black dial and diamond indexes and featuring a triple calendar with moonphase indicator. 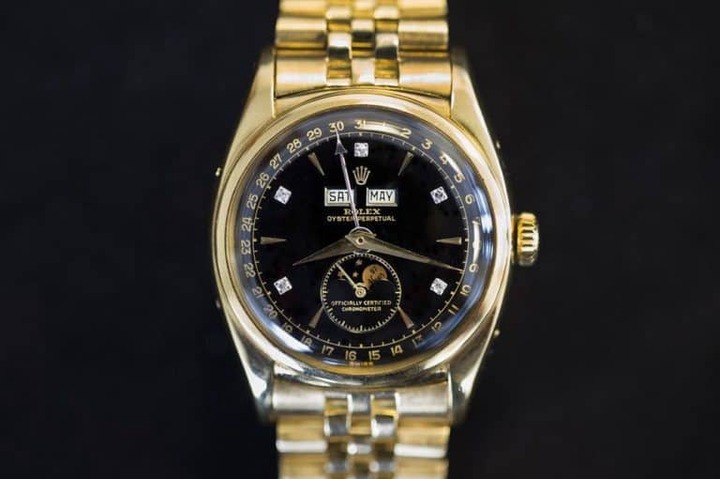 A timepiece so rare that it was nicknamed “The Unicorn”, the 1971 Rolex Cosmograph Daytona is the only one of its kind ever created. What’s so special about it, you might ask? Well, The Unicorn is the only Rolex Daytona crafted in 18k white gold.

Other versions came in 18k yellow gold or 14k yellow gold specially crafted for the North American market, but this is the only one known to have been in white gold and it’s absolutely gorgeous. Or so the collectors say.

Sold in May last year at a Phillips auction for a good $5.9 million, it took the second position from the 1954 Bao Dai on the list of the top 10 most expensive Rolex watches of all time. 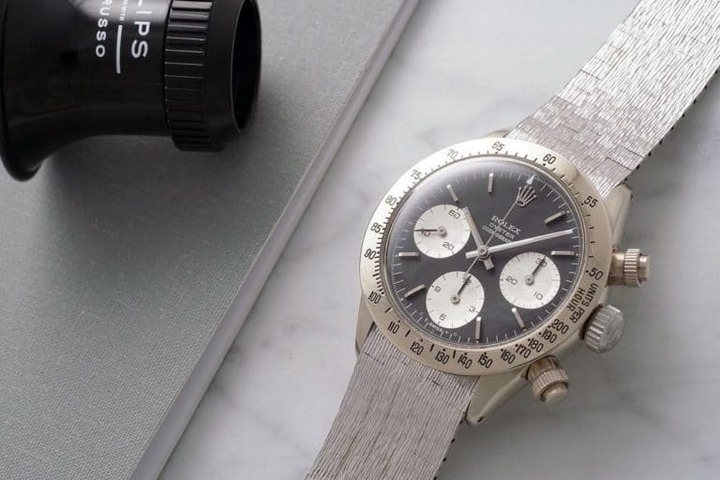 Obliterating all other records held until its reappearance on the public scene less than two years ago, Paul Newman’s 1968 Cosmograph Daytona has become the most important Rolex timepiece ever sold. And not only the most important, but the most exotic, sought-after and expensive, raising an unbelievable $17.8 million at a New York auction in October 2017 after a short but intense 12 minute battle between bidders.

Paul Newman, the legendary Oscar winning actor who gave the name of this world famous Rolex watch collection, was the original owner of the 1968 Cosmograph Daytona and gave it to his daughter’s college boyfriend at the time, James Cox. Afterwards, the watch was considered missing by some vintage watch collectors, but resurfaced when it was spotted by one collector on James Cox’s wrist, who decided to auction it.

The astounding price of $17.8 million will probably be hard to beat for a very long while. Or at least until the new owner decides to sell it again. 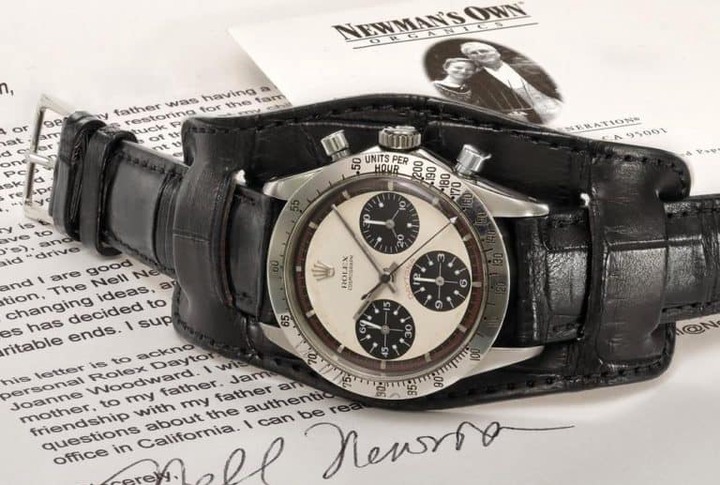