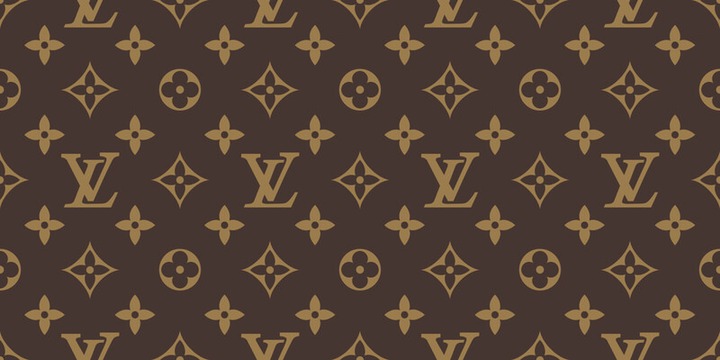 One of the most well-known apparel logos is the "LV" monogram on Louis Vuitton bags. It was designed by Louis's son George in the 1890s and hasn't changed since.

The little flower-like motifs that adorn their items date back to the beginning of the company's existence. They were inspired by cherry blossom designs in Japan.

Louis Vuitton was well-known for his concern for his brand's reputation and the authenticity of his goods. Both the monogram and the symbols were created to serve as quality seals (to prevent forgeries), which is why they have become so iconic.

Both of Levi Strauss & Co.'s garment trademarks have secret meanings. Until 1928, Levis called their men's jeans "The Two Horse Brand."

The company's first logo has a nod to this motto. 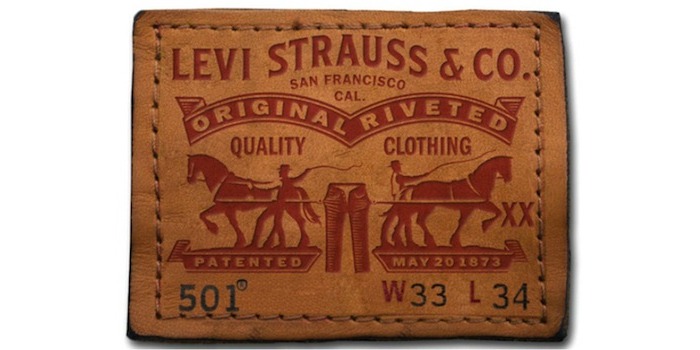 Levi's patented the practice of riveting “points of strain” in the seams of clothing to make them endure longer in 1873.

With a tag depicting two horses attempting and failing to separate a pair of blue jeans, they demonstrated the strength of their product.

The red and white nameplate is still the most recognizable part of Levi's trademark today. This incorporates the "batwing" shape found on a pair of Levis' back pockets. The “Arcuate” is the official term for this shape.

Lacoste is noted for its high-end leisure apparel, particularly polo shirts featuring crocodile logos. Rene Lacoste, a tennis legend and style icon whose nickname on the court was "the crocodile," started the company.

"The crocodile" has a fascinating backstory. It appears to have stemmed from a wager Lacoste made with the French Davis Cup captain. If Lacoste won the match, the captain promised him a crocodile-skin luggage.

Lacoste didn't win the suitcase, but he did gain a nickname as a result of it, referring to both his particular style and his competitiveness.

When Lacoste launched his apparel brand, he made the logo a crocodile so it would be recognizable to his fans.

Lacoste is now even more synonymous with his style than his sport.

Adi Dassler, the company's creator, designed the three stripes that we identify with Adidas in 1949. The company's first slogan was literally "the three-stripe brand."Hidden meanings in adidas apparel emblems

Do you recall the Adidas logo on the far left?

Adidas expanded into garments in 1972, and a new logo integrating the three stripes – known as the trefoil – was created. Its overlapping shapes represent the Adidas brand's diversity and potential.

Because of the popularity of Adidas track-wear in the 1980s, the stripes are only used on certain Adidas goods now, but they are still one of the most recognized clothing emblems.

In the 90s, Adidas introduced a new logo design in which the 3 stripes were slanted to look like a mountain. This represents the “climb” of reaching your personal and athletic goals 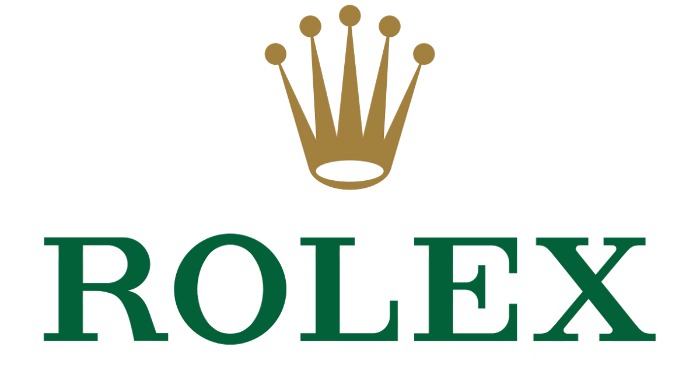 The crown insignia on Rolex watches is well-known, but the motto it signifies – "A Crown For Every Achievement" – is not.

This tagline alludes to the tradition of distributing timepieces as rewards or gifts to commemorate a professional milestone, which was still going strong in 1925 when the design was patented.

The colors have a symbolic meaning as well. Wilsdorf & Davis, the founders of Rolex, wanted gold to represent excellence in watchmaking and green to represent affluence. 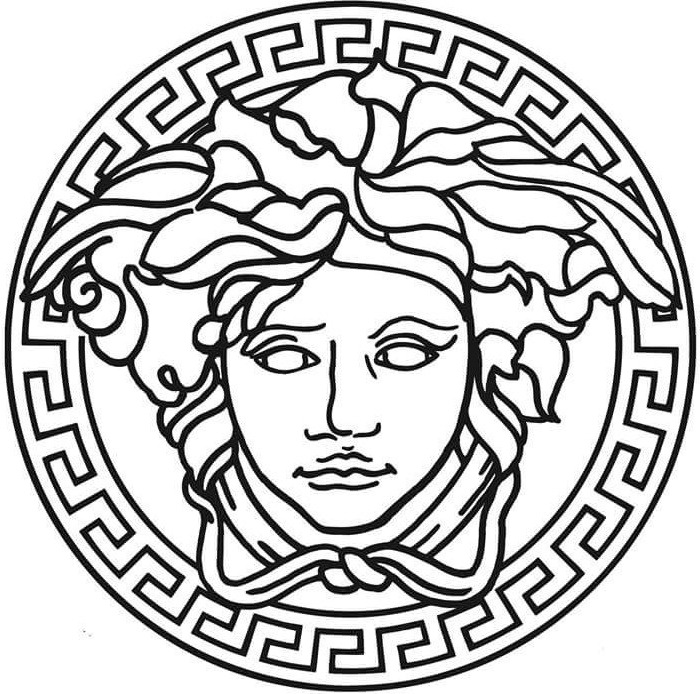 Gianni Versace was enthralled with Greek mythology; his hometown of Reggio Calabria, Italy, is home to notable ancient Greek historical monuments, and he used to play among the ruins as a child.

This is where one of the most beautiful clothing logos with secret significance was born. 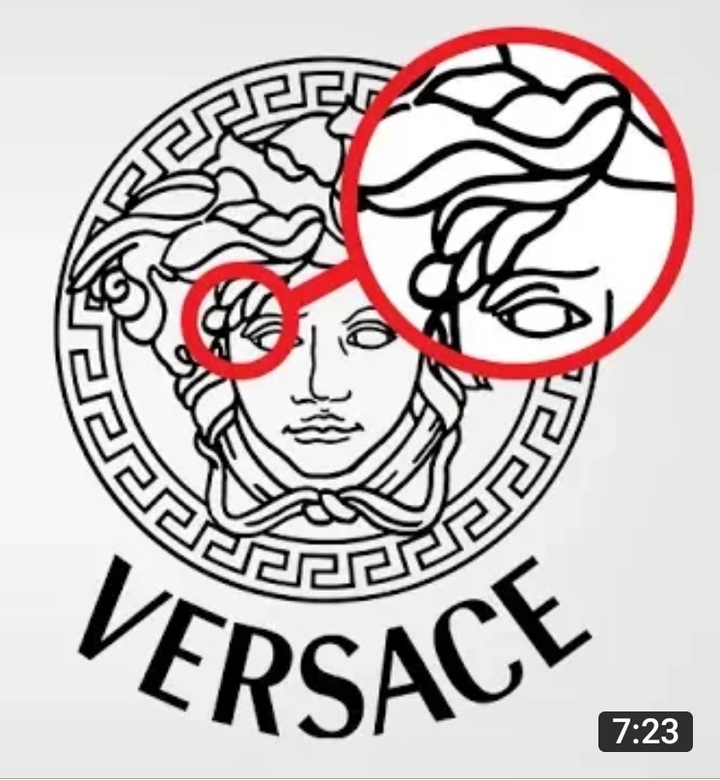 He designed the Versace emblem with its depiction of Medusa, the fabled snake-haired monster, after being inspired by one mosaic in particular. Any guy who sees Medusa is turned to stone!

Versace saw this as a reflection of what he desired to achieve with his company: he wanted to design clothes that stopped people in their tracks. 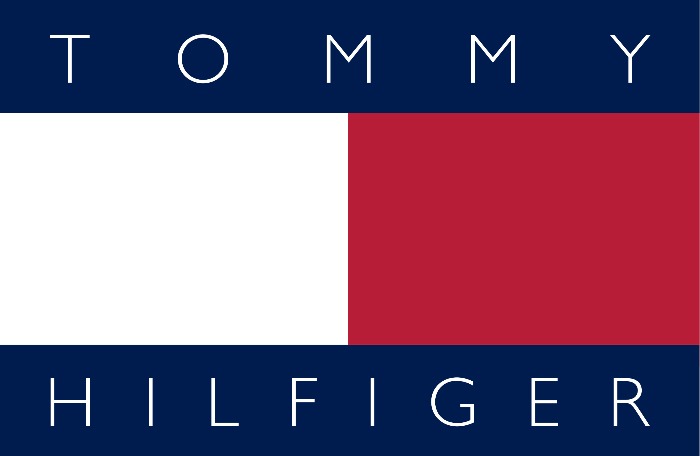 Tommy Hilfiger's logo is inspired by semaphore flag symbols, in line with the brand's preppy style and maritime theme. The red and white portion of the design represents the letter "H," which is, of course, Hilfiger's initial.

(H is also a shorthand meaning "There is a pilot on board," although that isn't as important.)

The colors blue, red, and white allude to Tommy Hilfiger's preppy marine aesthetic as well as his all-American spirit.