4 Years After She Was Rejected As a Model Because She Was too Fat, See Her Amazing Transformation

By Gistloadedtv (self media writer) | 5 days ago

Life is full of ups and downs, and everyone experiences difficult times at some point in their lives. However, it is critical to maintain your composure and always believe in your abilities, because quitters never win, and winners never give up. To be successful in life, one must be fully devoted and motivated, but one must also be prepared for the unexpected, as there may be some form of roadblock in the way of achieving one's goals. 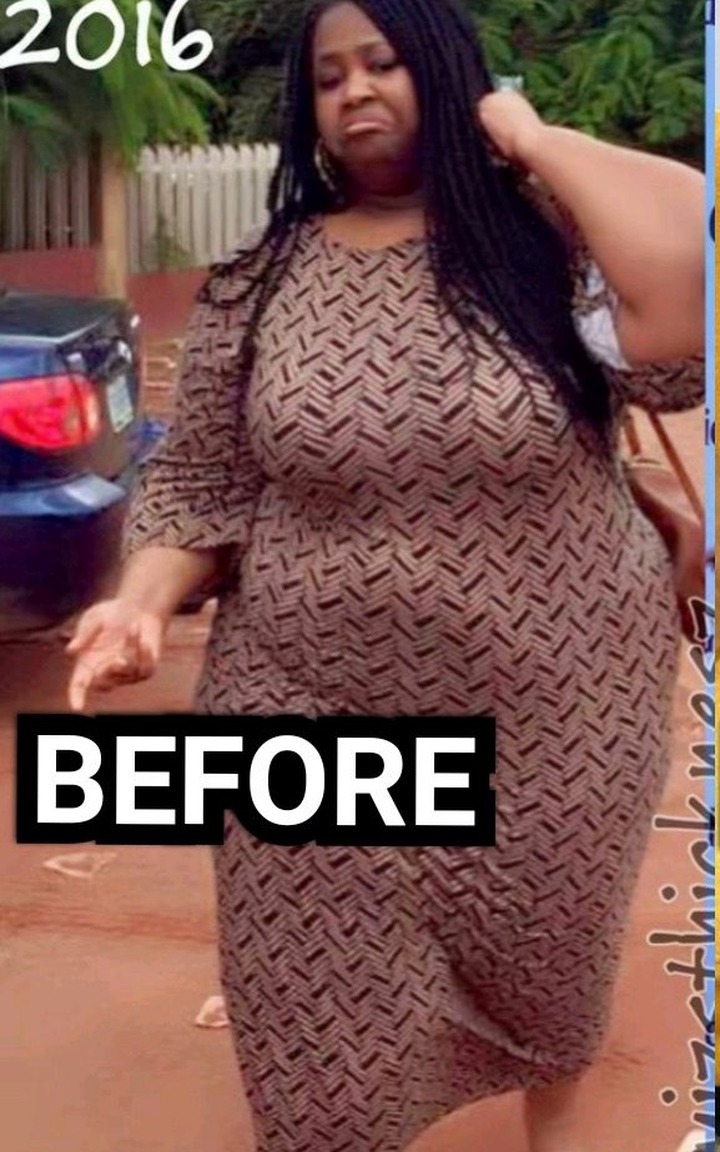 In order to grow, it is sometimes necessary to go through difficult times. After all, what doesn't kill you will almost certainly make you stronger. That is the situation with a well-known model who became well-known after being denied for modeling work due to the size of her physique. The young lady was told that she was too fat, and that her body was the obstacle that was preventing her from achieving her dream of becoming a top model. Instead of panicking, she responded positively.

Deborah Olawoyin, as she is known in the modeling world, is a Nigerian woman with aspirations to become a top model. She auditioned for a number of modeling agencies back in 2016, but was bluntly rejected by the agents due to her excessive weight. Deborah, on the other hand, is a naturally endowed model who catches the attention of the general public because to her natural endowment. She took it upon herself and made the daring decision to begin going to the gym on a daily basis in 2017 in order to lose weight. Although it wasn't easy at first, and in fact, her friends were making fun of her at the time, she persisted in her efforts to attain her goal.

Deborah's fervor and dedication caused her to substantially limit her eating habits, and she then began to work on her weight by engaging in regular physical activity. She finally realized her aim of having a moderately nice figure that will allow her to pursue a career as a top model after four years of regular dieting and training. Deborah reduced almost 120kg in weight in a short period of time, and she has gone on to become a successful model and weight trainer.

Her appearance before and after her remarkable transformation are seen in the photos below: 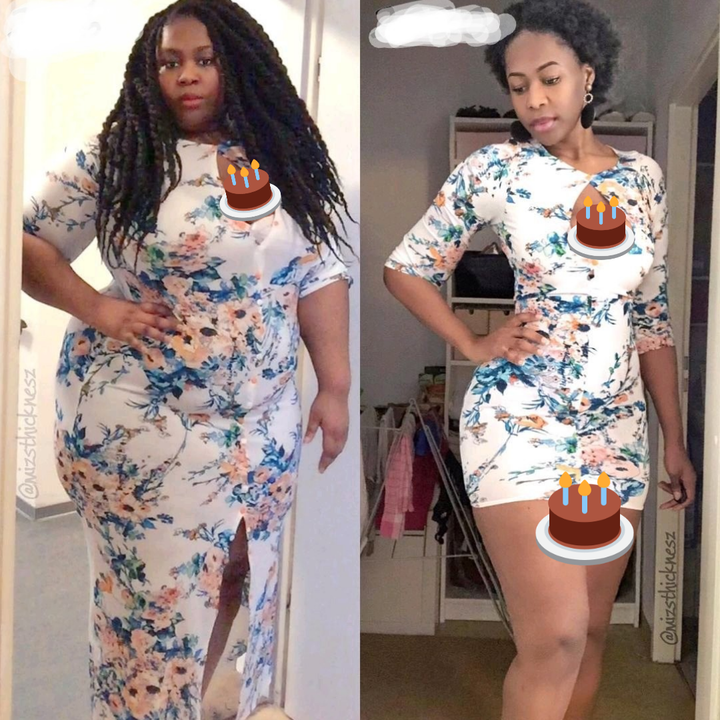 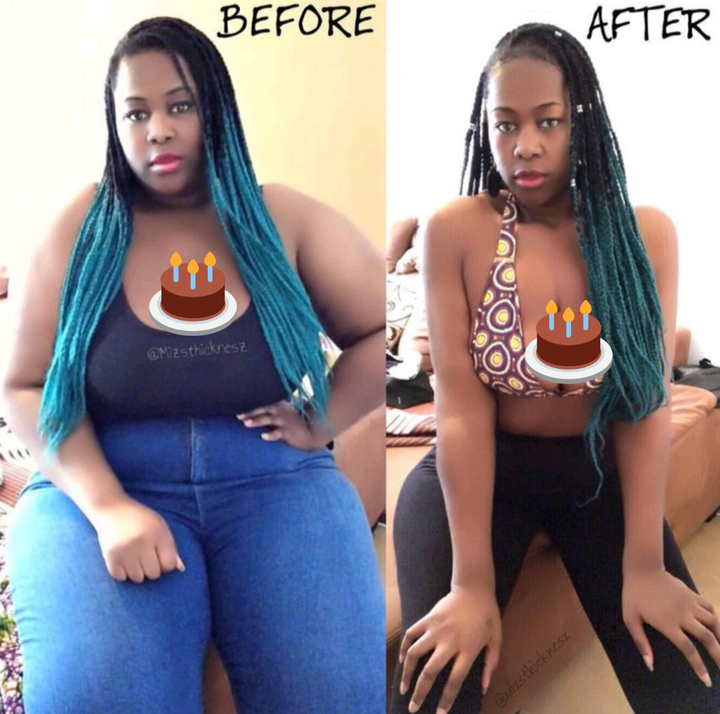 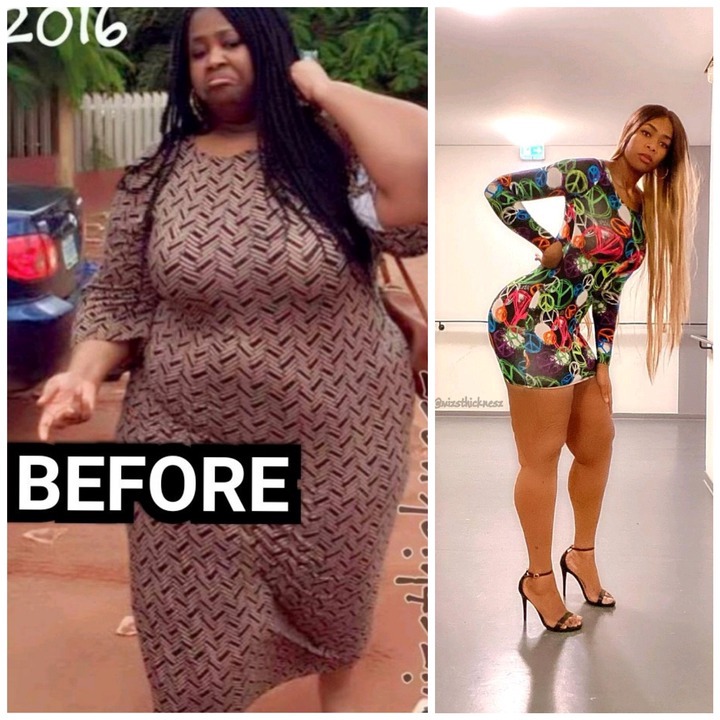 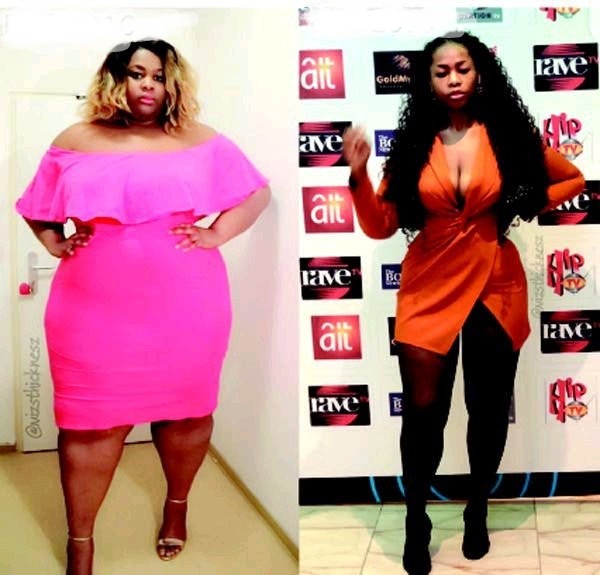 All of us must recognize that Deborah's self-assurance and tenacity enabled her to attain her objective. It is critical to remember that delaying action does not equate to denial, and that you should never relax or give up hope when you are rejected by others, but rather instead work on improving your abilities as a person and returning stronger than before, like Deborah had done.

What have you taken away from Deborah's tale so far? Let's hear what you have to say about it.