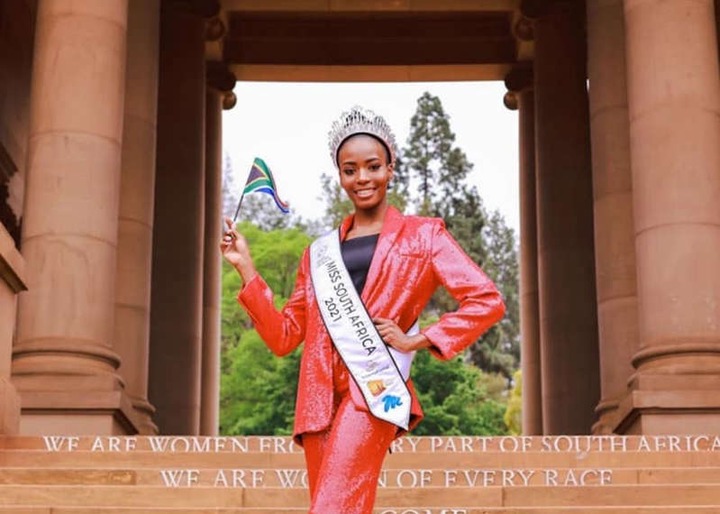 In spite of the government's decision to withdraw support, members of the public and social media users continue to voice their outrage and sadness over Miss South Africa winner Lalela Mswane's participation in the Miss Universe competition in Israel next month.

Over the weekend, the Department of Arts and Culture published a strongly worded statement declaring that it was withdrawing its support from the competition, which was taking place under what has been referred to as a "apartheid administration."

Nathi Mthethwa, Minister of Arts and Culture, also asked to Lalela to take a position against the worldwide pageant, saying, "We hope common reason wins."

Following the release of the department's statement, a lot of South Africans rushed to Twitter to express their thoughts. Many of them were enraged with Lalela Mswane and aimed their rage onto her.

"Miss SA's name is Lalela, and the fact that she isn't listening to the whole nation is honestly simply funny," one Twitter user said.

A third person expressed dissatisfaction with the 24-year-position, old's saying:

"As a black South African woman, Lalela squandered a chance to advocate for something that was quite important to her."

A number of people cautioned the newly graduated LLB student to accept the government's and the majority of fellow South Africans' counsel.

"I'm hoping beyond hope that Lalela has individuals in her immediate vicinity who are advising her not to leave. If she leaves, she will have ruined her career before it has even begun. "She'll be recognized as the Miss South Africa who competed in an apartheid state without the backing of her own country," one Twitter user predicted.

Others agreed, saying, "This is a diplomatic blunder." "This shambles is not worth the possible victory."

"Listening to your elders will make your life so much simpler and more enjoyable," says the narrator.

MISS SA WILL RESPOND IN THE APPROPRIATE MANNER

According to the eNCA, Miss South Africa CEO Stephanie Weil has yet to comment on the situation, but she has said that she would "do so in due course."

In an interview with Radio 702 last week, the pageant's director defended the organization's decision not to boycott the competition. "Looking at a boycott, I don't feel that change is going to be considerably achieved versus being there and being able to interact and actually finding out how to utilize her voice," she remarked on the Clement Manyathela show: "

« Boycotting will not always be the best option or result in a significant improvement in outcomes. One individual is not going to make a difference; this gathering is being attended by representatives from 70 different nations. Without her presence, she does not have the ability to speak. She like to be there and actively participate in the process of transformation.

"She has her own points of view and a very powerful voice, and she wants to be allowed to express them."

Clement, on the other hand, rushed to Twitter in the aftermath of the incident to cast doubt on Lalela Mswane's motives.

"I had Miss South African CEO on #TheCMShow last week, and it was my first question," he wrote to a tweeter. She said that Lalela is not obligated to compete in any Miss Universe competition under any circumstances. She made the decision to leave. She is well-versed on the Middle East war, and she wants to go there in order to effect change. What kind of change do you want to see? "Angazi [I don't know]", says the speaker.