The dolphin should be given a plate or a piece of chicken, take a look at him?

The aquarium is a place to be if you love animals that aurvuve in water at most you find fishes to the smallest, and then to tye biggest and not only that you'd also see the cutest fishes and ugly ones that you would even ask yourself how such a thing is considered a fish it should have been labeled as a sea monster. In South Africa there are a lot of aquarium but mostly in the CBD cities where theres tourism involved so that people can always come and see the fishes and other water animals.

The dolphin for example it has its own show at ath aquarium as dolphins are easy to teach most of the stuff they tend, to perform some magnificent things, like bowing to the crowd or going up and down and other marvelous thing. They are pretty smart and regarded as friendly aquatic animals. There is a photo trending on all social media platform where there is food at the aquarium and it seems a small young dolphin is looking at the food with dispair. Here is the photo. 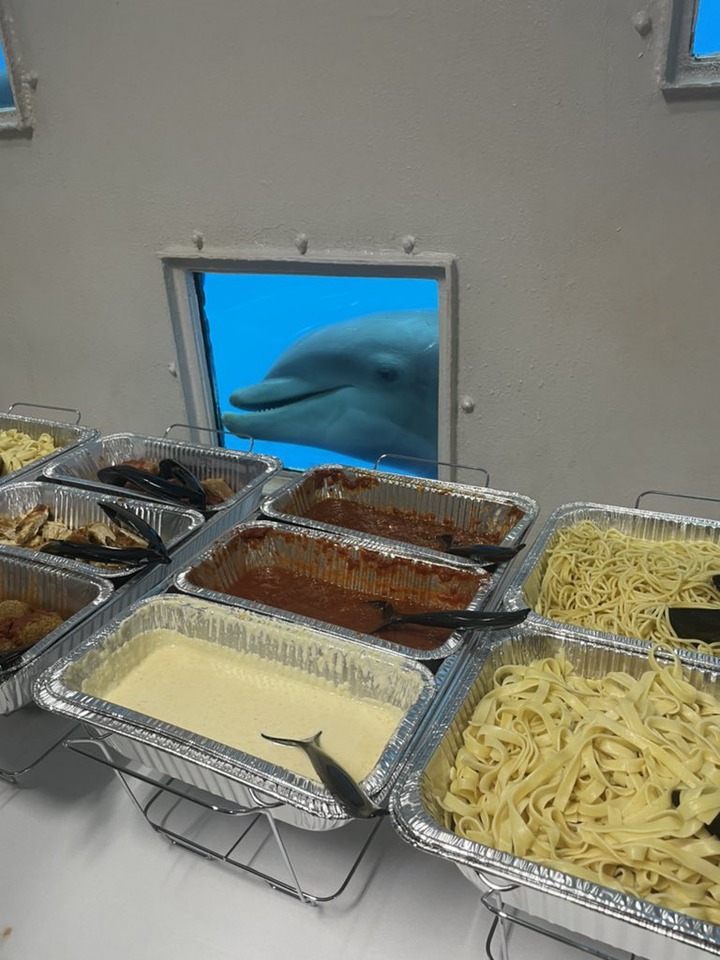 The dolphin seem so captivated with the look pf the food in front of him and then it is aslo said that dolphins are regarded, as wild animals its just that whenever they begin to interact with human they lose the wilderness and then that leads them to wild attacks like for example shark attacks for instance. That's why in an aquarium you would never find a dolphin with a shark in the same place.

The food in front of the dolphin was really giving him a crampy stomach and as an example dolphins have two stomachs.The dolphin seem like he would love to take a small taste and if he had the chance he would break the glass stopping him from that. Food should be definitely banned at aquarium because now the poor dolphin cant mind his business. They live up to 50 years that's pretty a long time.

Dj Zinhle, Kelly Khumalo And Vusi Nova Come To Somizi's Defense. We All Need Friends Like These

"He's a handsome guy; I love him" -See what these students were doing in class

Opinion: Players that would have made Kaizer Chiefs a better team If Amakhosi had signed them.

How To Approach A Girl Of Your Choice