Warning: You’re about to fall in love with these 30 dogs, but don’t get too attached just yet—you might not be able to find one of your own to take home! While some have been around for thousands of years, others have come onto the scene a lot more recently. 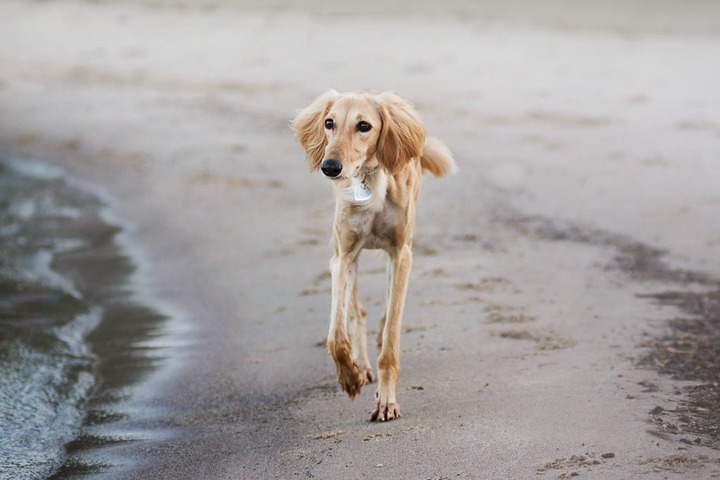 Graceful and deer-like, the Ibizan Hound is distinctive. With amber eyes, large ears, and red and white fur, this Spanish breed boasts two varieties: the smooth, or wiry coat. Originally bred to hunt rabbits, this canine is quiet, and good with kids, but requires a home with high fences. An Ibizan can easily sail over barriers of five-feet or more. 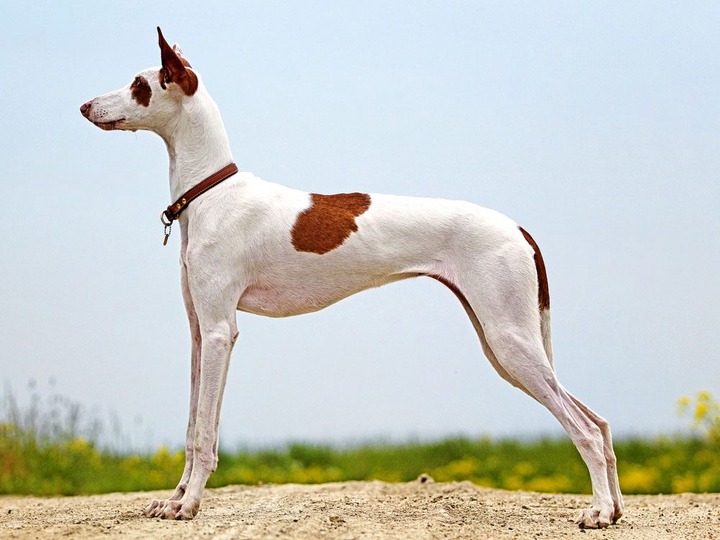 Dating back to 600 AD Italy, the Cane Corso (pronounced Connie Corso) descends from Roman war dogs. Its large, athletic build, and strong work ethic made this canine ideal for herding, hunting, and guarding. Almost extinct in the 1980s, the breed is now making a welcome comeback. Suspicious of strangers yet devoted to its master, the Cane Corso requires an experienced dog owner who can handle its protective instincts. 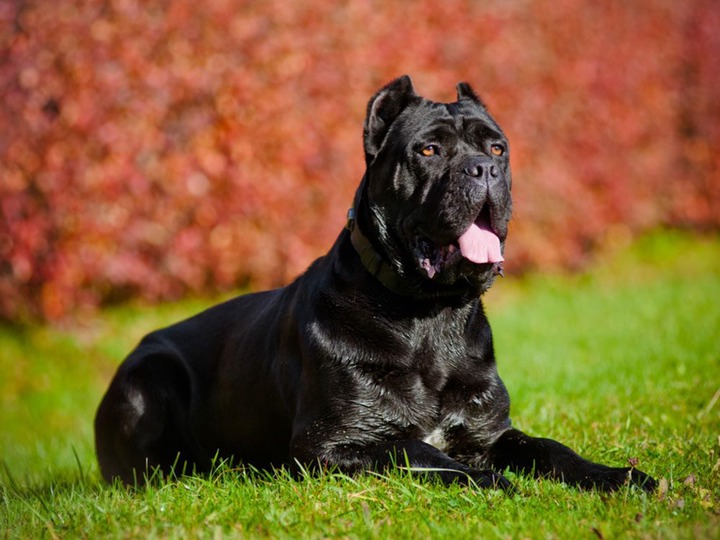 Small and energetic, the Schipperke (pronounced Skipper-key) is native to Belgium. Adored for its inquisitive personality and beautiful coat, “the little black devil” was a vermin hunter. Today, they’re regarded as happy, loyal companions. Their sassy demeanour and enthusiasm for mischief requires a dedicated owner who will supervise its adventures. Schipperkes are talented escape artists—a well-fenced yard, and on-leash walks are a must. 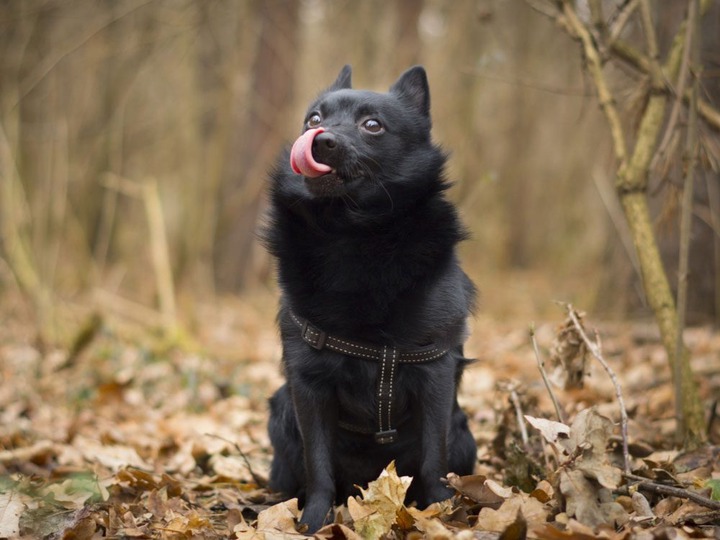 Known as the Royal Dog of Madagascar, the Coton de Tulear (pronounced Cu-toe de Too-lay-are) dates back several centuries. Sharing ancestors with the Maltese, and Bichon Frise, this happy-go-lucky pup historically served as a royal pet. Sociable and smart, the Coton often behaves like a little, furry clown. Their bouncy antics, and tireless energy are endearing, but owners must be careful not to fall completely under their Coton’s spell—this fun-loving breed will take advantage of a lenient master. 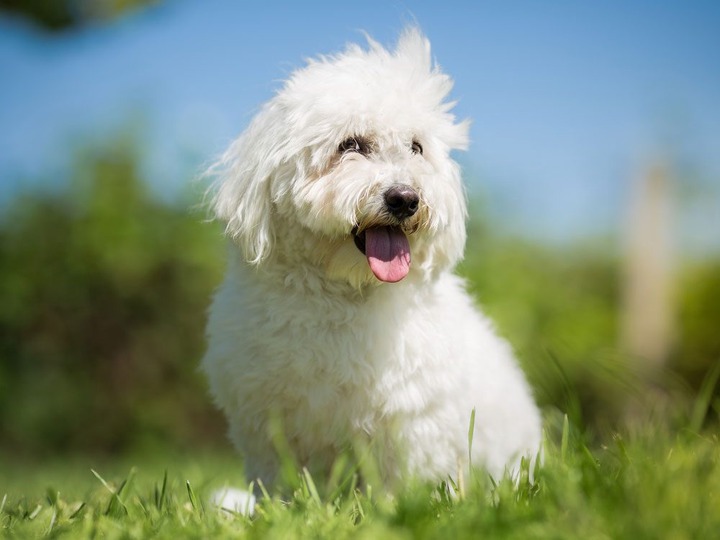 Hailing from China, the Tibetan Mastiff is an ancient breed. An extremely protective, intelligent, and independent dog, he prefers to make his own decisions, and is not easily trained. Walking off-leash, obeying commands, and trusting strangers are challenges with this majestic canine. The Tibetan can be a wonderful pet under the supervision of a knowledgeable, and dedicated owner. 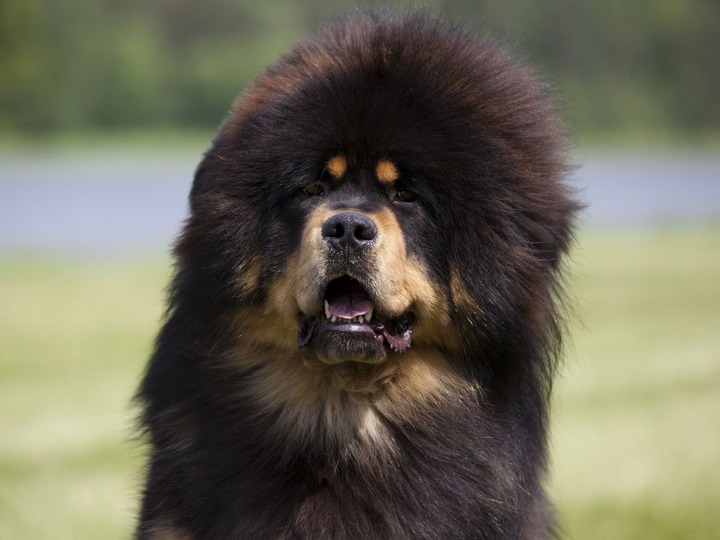 With its tousled appearance, the Berger Picard—star of the movie Because of Winn-Dixie—is often mistaken for a mutt. Don’t let this dog’s low-maintenance look fool you. This canine boasts a proud French pedigree. Traditionally a sheepdog, the Berger Picard (pronounced Bare zhay Peecar) almost disappeared after World War II. Fortunately, breed fanciers are re-establishing its presence not only in France, but worldwide. Quiet, loyal, and athletic, the Berger craves attention and often displays comical behaviour.

Don’t miss the scientific proof your dog loves when you smile. 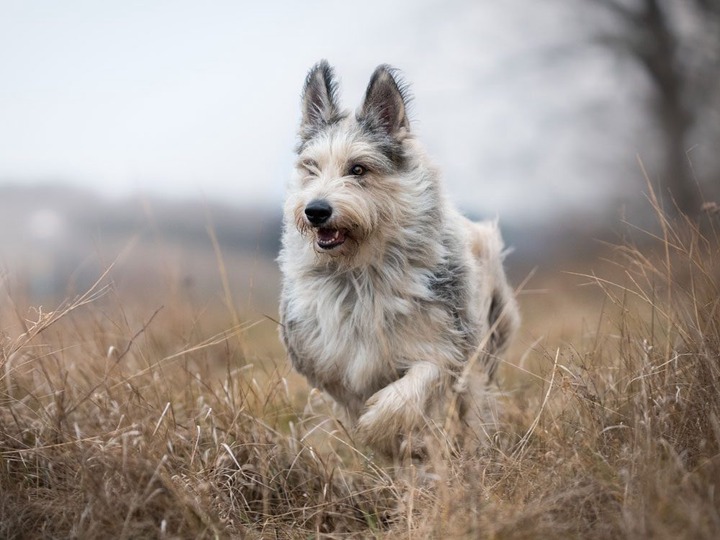 With its gold eyes, and soft, chocolate-coloured coat, the Boykin Spaniel could easily be discounted as just a pretty household pet—but this breed is no lap dog. Hard-working and spirited, this spaniel is a seasoned hunting companion. Bred for tracking wild turkeys, the Boykin first appeared in the south-eastern United States during the early 20th century. Recognized as the state dog of South Carolina, the Boykin Spaniel has a friendly personality, and adores children.

A dog behaviour expert reveals how to tell what your dog is thinking. 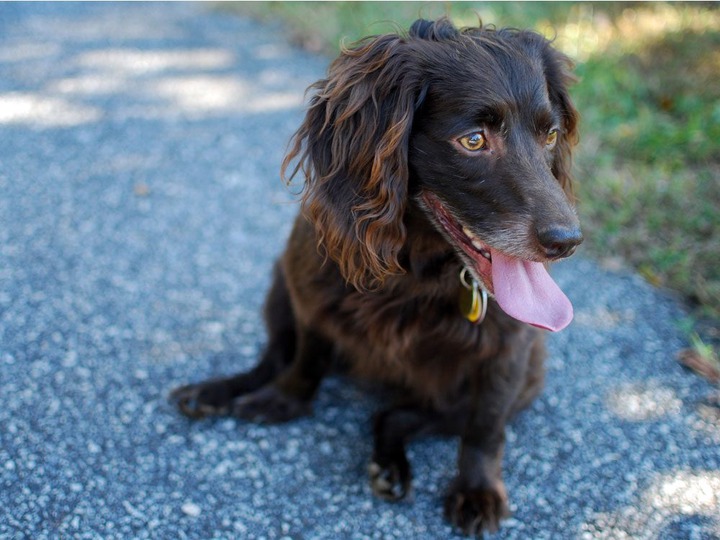 Surprise! The Chinese Crested isn’t from China. Experts believe that this small breed originated in Central America. Used as ratters on ships along Mexico’s coast, the dogs were often traded for goods. Chinese boat crews adored these canines. By the 18th century, people mistakenly thought that this elegant breed was Asian. There are two types of Chinese Crested dogs: the hairless, and powderpuff. A single litter of puppies can produce both varieties. 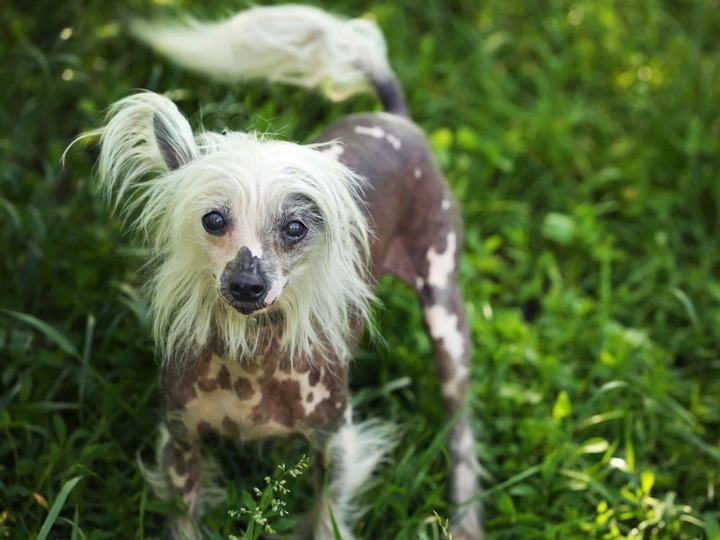 Originating in Germany in the mid-1800s, the Leonberger was a favourite of European royals. Strong and imposing, this household guardian closely resembled a lion. Today, its affectionate manner makes him an excellent therapy dog, or children’s companion. But don’t be mislead by his cuddly disposition—prospective owners must train this pet properly. With many Leonbergers weighing over 120-lbs., they naturally believe that they’re the boss. 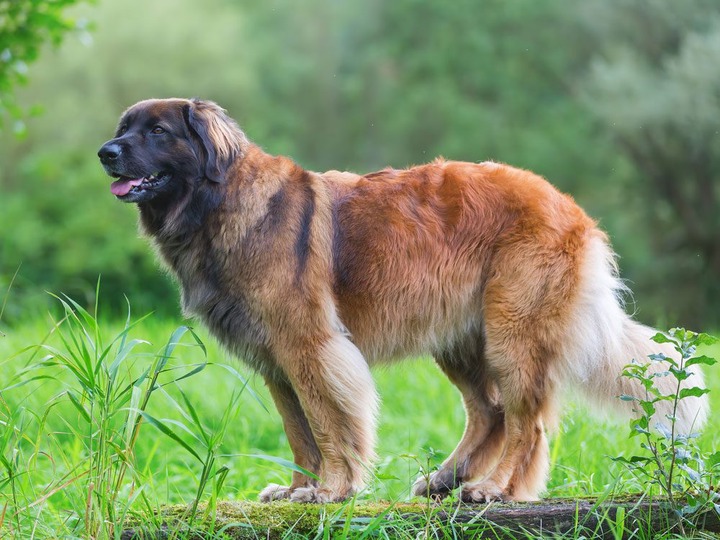 Iceland’s native dog is not only unique, but rare. Rescued from the brink of extinction in the 1950s, the Icelandic Sheepdog is slowly increasing in numbers. A natural herder, the breed is alert, intelligent, and enthusiastic. Friendly with other animals, and gentle with children, the Icelandic forms strong bonds with its master. Occasionally, this attachment can cause separation anxiety, and excess barking. With a gentle touch, a skilled owner can teach their Icelandic Sheepdog to be calm in their absence. 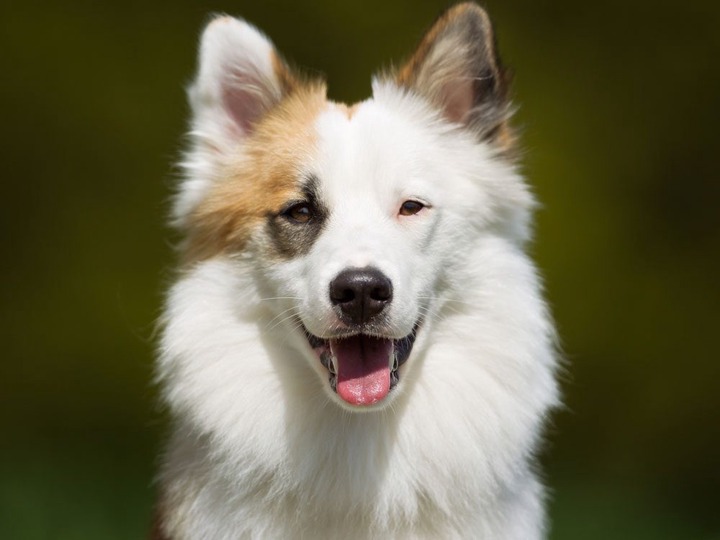 When it comes to herding sheep, the Australian Kelpie is the blue-chip candidate for rounding up the herd, whether the herd consists of sheep, other dogs, or kids. For that reason, the Kelpie isn’t a breed for a first-time dog parent or a family with young children. If the Kelpie is right for you, however, it’s essential that you to provide your pup with plenty of stimulating mental and physical exercise daily, notes the American Kennel Club (AKC). That could even include surfing! A Kelpie named Abbie Girl won the World Dog Surfing Championship in Pacifica, California, two years in a row! 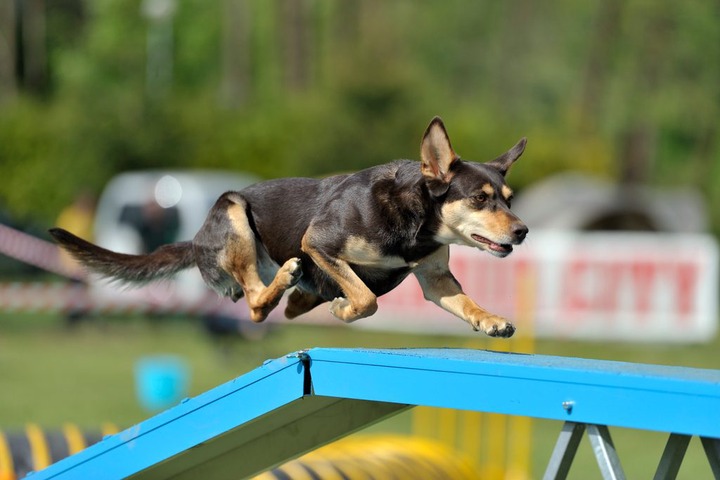 The Bavarian Mountain Scent Hound, which is originally from Germany, has a superior tracking ability and can differentiate between a wounded animal it is hunting and other animals of the same species. You’re not likely to see a BMSH hailing a cab—unless it’s to get out of the city. The BMSH needs lots of space to roam and is not a fan of kennels. “This energetic breed is courageous and determined when hunting,” says Mary Burch, PhD, an animal behaviourist with the AKC Family Dog Program. “They are calm and devoted to their families, but they need an experienced owner.”

If you’re a city person, these are the best dogs for apartments. 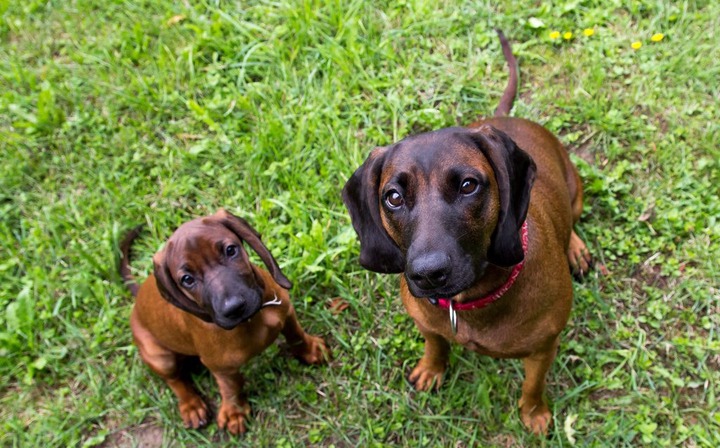 The Estrela Mountain Dog is one of the oldest breeds in Portugal. The Mastiff-type dog has some unique features, including a black mask, a hook at the end of its tail, and small ears. An Estrela is a devoted companion for life. “Much like the Leonberger, this is a big and sturdy dog with a warm personality,” says Mari-Beth O’Neill, Vice President of AKC Sports Services. “You do not see dogs like this every day. If you are looking for a dog that is a protector and a playmate, this is it.” 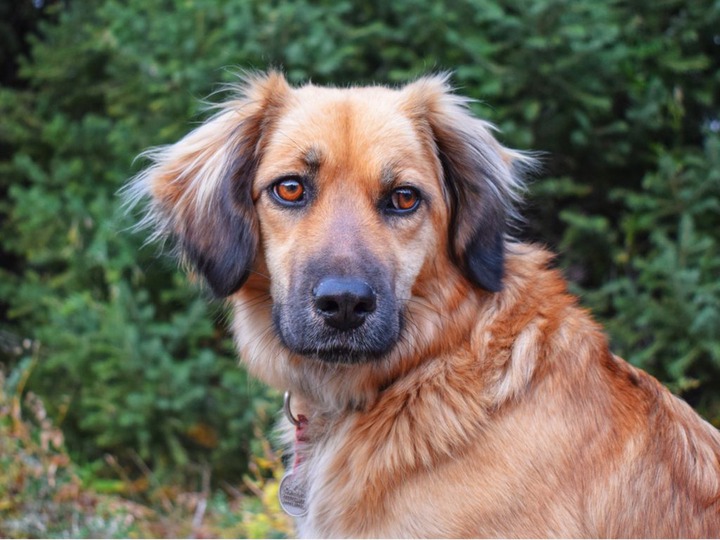 It would be incredibly rare to see a Thai Ridgeback outside of Thailand. You might mistake a Rhodesian Ridgeback for one, as both have the trademark ridge of hair on their back that grows in the opposite direction of their coat. These days, Thai Ridgebacks are loyal companions, and while they also exhibited loyalty way back when, they did so in a slightly different way: It was their job was to keep cobras away from their humans, and they would kill a cobra, if necessary. “While Thai Ridgebacks can be loyal family pets, they are independent and protective and are not the best choice for the first-time dog owner,” says Burch. 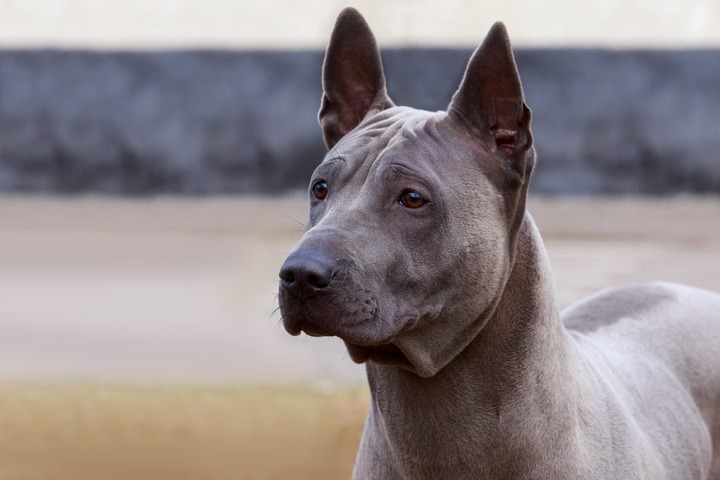 SENSITIVE: Patrick Shai’s Wife Describe How He Killed Himself, Don’t Open If You Are Not Strong