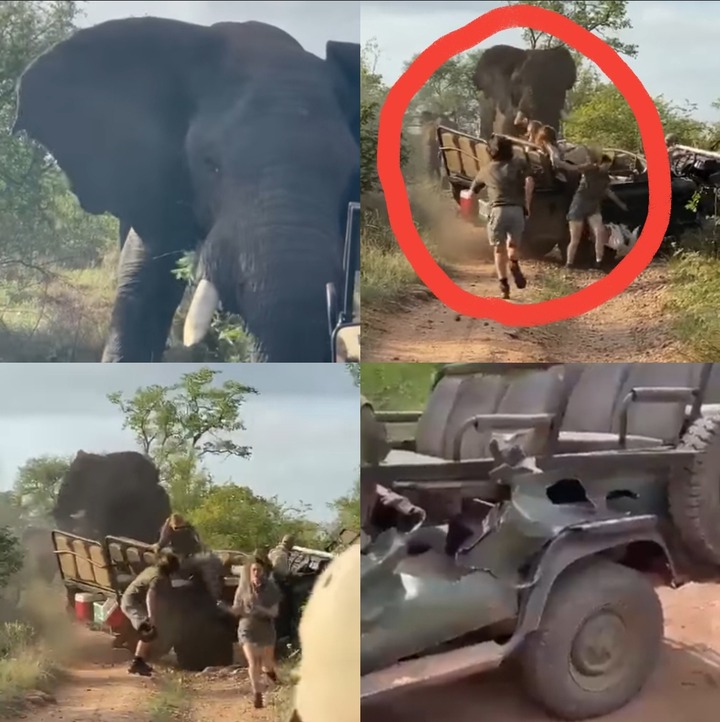 The video footage shows an incident where white people have allegedly went to the a Park in order to observe the animals of Africa and see how they live, but this time around things did not go according to plan the elephants felt like they’re being threatened in their own territory.

So they felt like they had to act out aggressively towards the other animals because the people who had come to watch them, the incident has seriously shocked many members of the public and this made some of them ask themselves if it is truly worth it to be going in looking at these animals it seems like they do not want to be subject to spectators.

As we can see the vehicle had come down the road and the people were seeing the elephants at the small distance so they had stopped their vehicles, thinking that perhaps they were keeping a big distance. 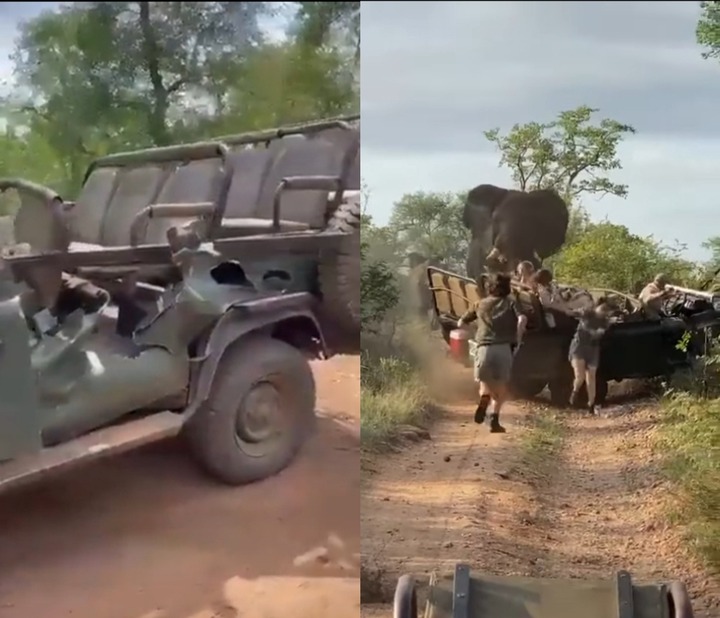 What they fail to notice was another elephant which is believed to have been the male and leader of the pack, which charged towards the vehicle and as soon as it got towards the car the people decided to retreat but it was too late.

What if there was a leopard that happened to be in the vicinity it would have attacked, but luckily for the people there were no leopards or any other vicious animal that would have taken advantage of the situation.