Why will you chain a dog and allow a lion to walk freely, social media reacts

A young guy by the name of Joachim made the decision to market a lion that he is selling. A few phrases were written on his Facebook profile, and they said something like "Cute lion cub for sale, he is sociable and God fearing, contact me if interested." 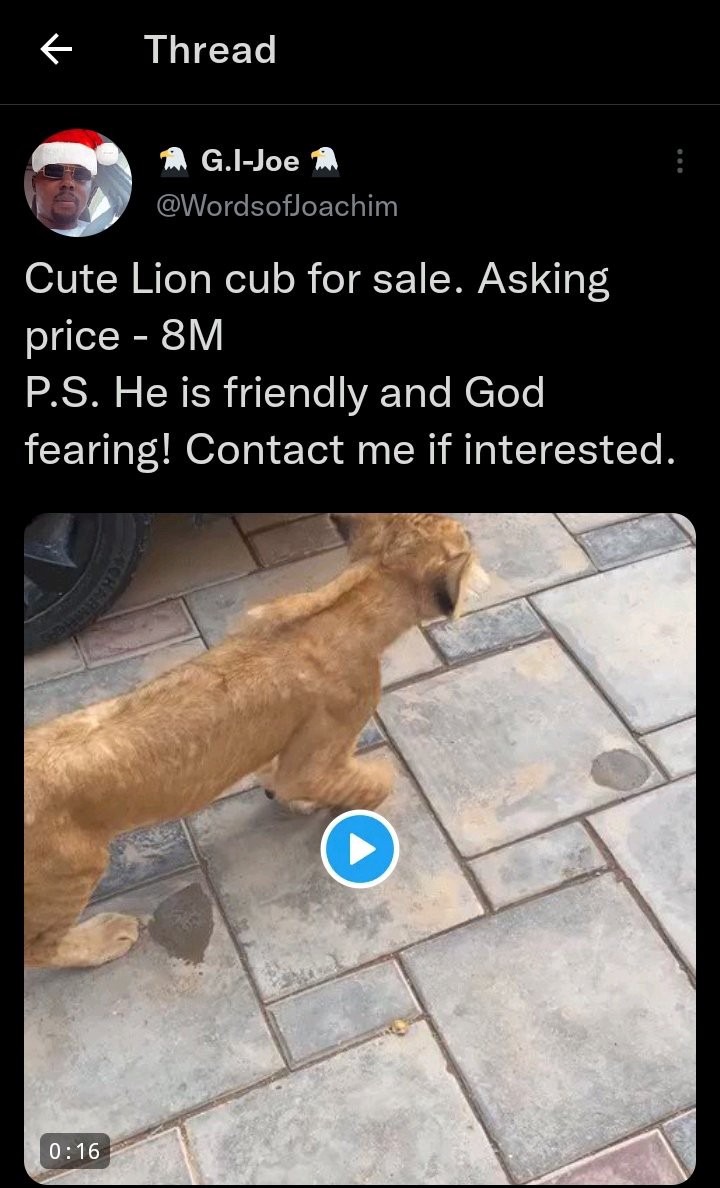 To be completely honest with you, when viewing the video, it appears like the lion cub is quite nice, the reality is that it is a wild animal that may take anyone by surprise at any time. In a wild animal, there is nothing that compares to God-fearing. If it assaults you, you should not hold it responsible since that is how it was designed. However, even if the animal is still in its infancy and hasn't learned how to act like a lion yet, the fact that it does not belong in the family remains unchanged.

There was an issue with this post since the businessman had tethered a dog inside the home, but was letting the lion to roam freely outside the property. He clearly shackled the incorrect animal, and internet users are baffled as to what he was thinking. 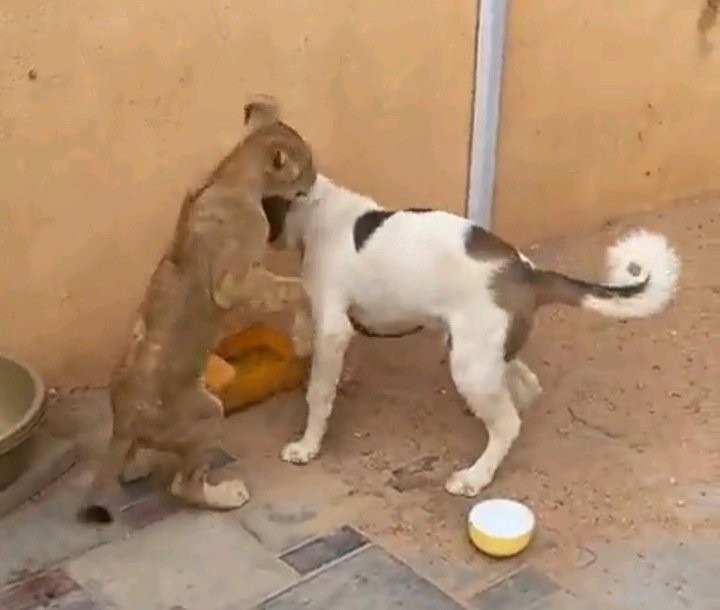 A lot of people are emphasizing the idea that wild animals are not pets, and they never will be, no matter how much we attempt to domesticate and domesticate them. Some people believe that doing so suggests that we have no regard for nature and that we abuse nature in the same way that we exploit ourselves. The lion cub is God fearing, according to some, which leads them to wonder why the man is selling it. Instead, he should sell the dog and keep the lion for his own personal use.

Others believe that they have established a relationship between this issue and African government. People are being held in prison for minor offenses like as stealing plantain, yet the older citizens who have squandered vast sums of money are allowed to roam the streets. This is the essence of Africa in a nutshell. Here's a link to the video, as well as some comments I gathered from internet users: