While some people are frantic in the midst of chaos, others can keep their cool even when the pressure cooker is turned on high. There is a certain breed of human beings that can handle any bizarre situation with ease, and we don't know how they do it. From letting a raccoon sit on their chest to posing for a picture while their house burns down, we commend these individuals for keeping their cool. Maybe we can all learn something from these people who made the best of anything that was thrown their way. 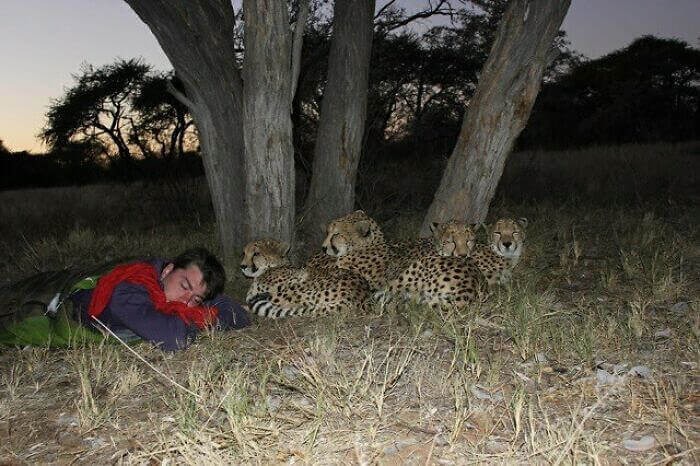 This man seems comfortable around these cheetahs, and they seem unbothered by his presence as well. Maybe he raised them, and he is reintroducing them to the wild without abandoning them completely.

However, if he fell asleep there not knowing the cheetahs were lurking, he is about to wake up to the surprise of his life. If you run in front of them, you are prey, but you are their friend if you take a nap with them; it makes perfect sense to us.

2. Moments Before And After Disaster 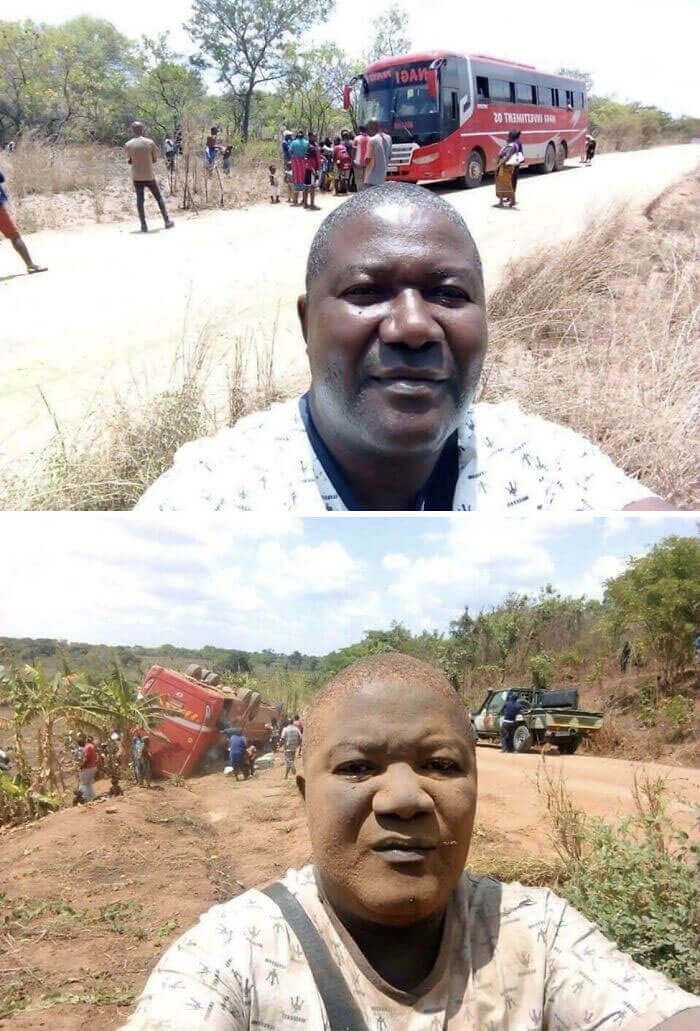 This man was so excited about his bus tour and had to take a selfie when they stopped on the side of the road. Just a few moments later, the bus crashed, and he decided to take a second selfie telling a much different story. He is lucky that he lived to tell the tale.

How he survived without any scratches is a mystery, but we would love to know how this escalated so quickly. The driver was speeding, which caused the bus to flip. It's safe to say that his vacation is not going well. 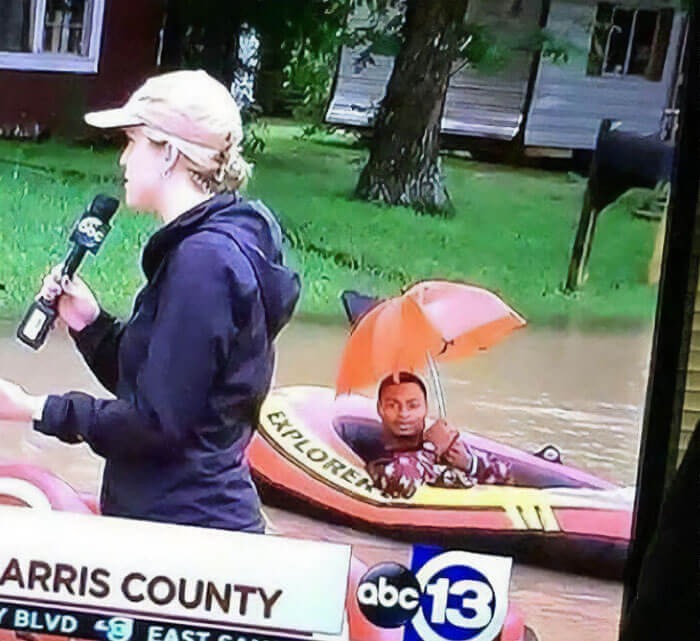 The streets might be flooded, but this person decided to make the most of the situation. When he remembered he had an inflatable raft in his house, he blew it up and decided to take it out for a ride. He brought his umbrella just in case, and it was one of the most relaxing afternoons he had in a while. 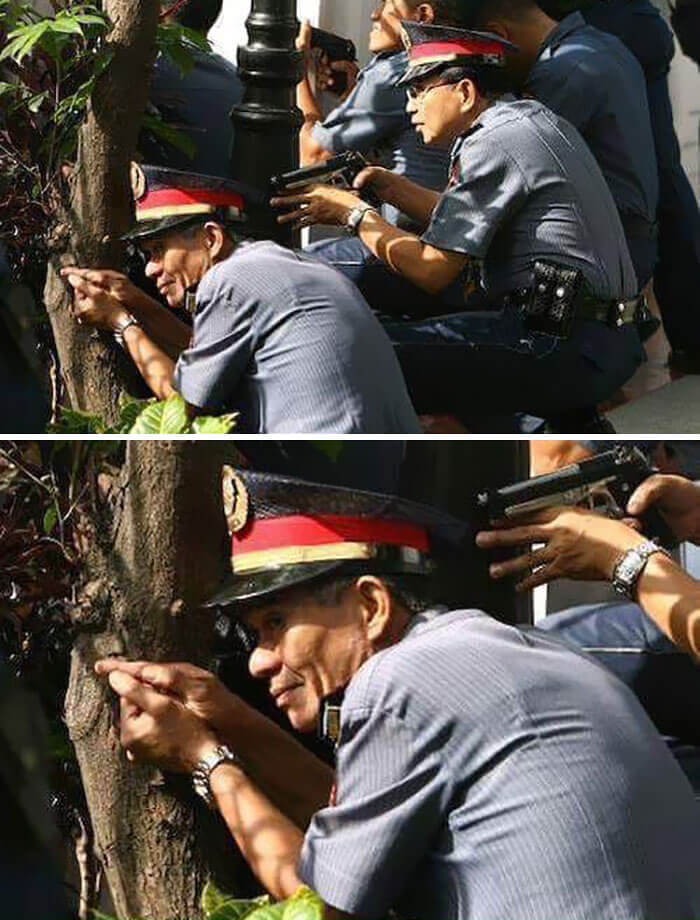 When you lose your gun, but you don't want your boss to find out. We don't know what kind of situation these police officers were facing, but if it were anything serious, this man would be in big trouble without an actual weapon.

What is he going to do if the person they are trying to stop has a real weapon? Will he point his finger gun and say, "pew, pew?" Despite not having a weapon, he seems unbothered by the situation. Unless he is very good at hiding his emotions.

5. A Regular Day In Central Park 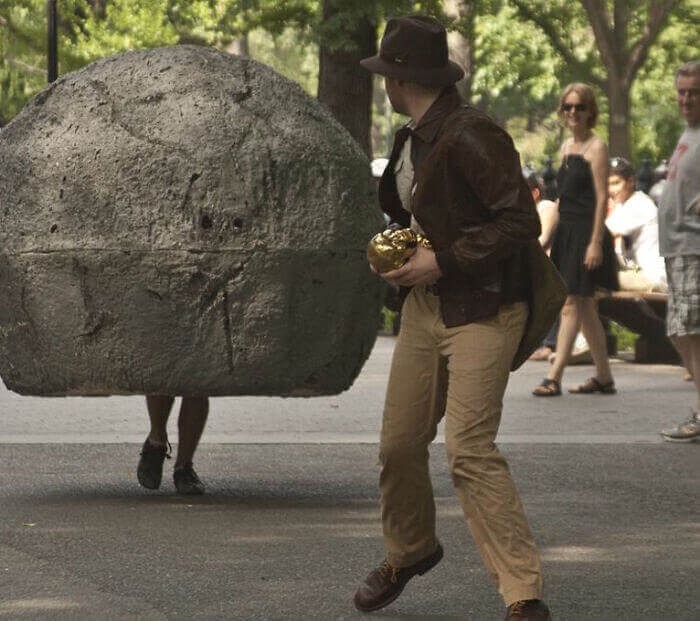 What? Don't act as you have never seen someone dress up as the bolder and Indiana Jones and run through Central Park before. In New York, weird things happen all the time, so this is probably nothing new for the people hanging out in the park unless they are tourists.

These people were probably putting on one of those interactive performances where they try to get the crowd to join in. Those are always so awkward because no one ever wants to participate, but the actors are beyond insistent. We wouldn't want to take part in this Indiana Jones reenactment.