A photo of a really long snake on the side of the road has gone viral once more. This serpent, according to Peter Gillatt, the moderator of Snakes of Southern Africa, is not real and was created for a driver awareness campaign in Australia over a decade ago... 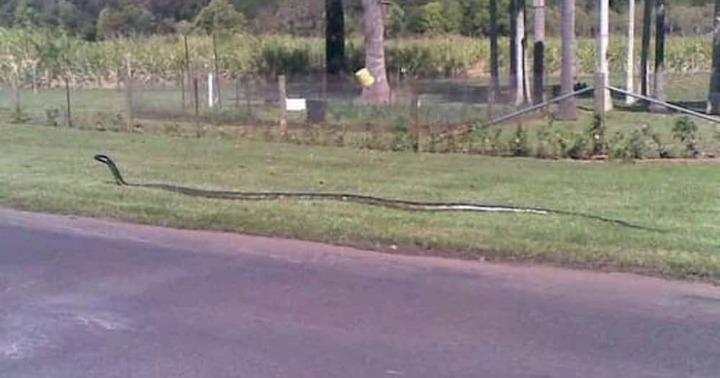 (This image of a snake has gone viral on social media with tons of fake claims. Image: @JuniorMkhonto Source: Twitter)

Nonetheless, people appear to like creating internet buzz, and the photograph has being reshared. A six-and-a-half-metre-long black mamba was discovered in Karino, Nelspruit, according to Twitter user @JuniorMkhonto. 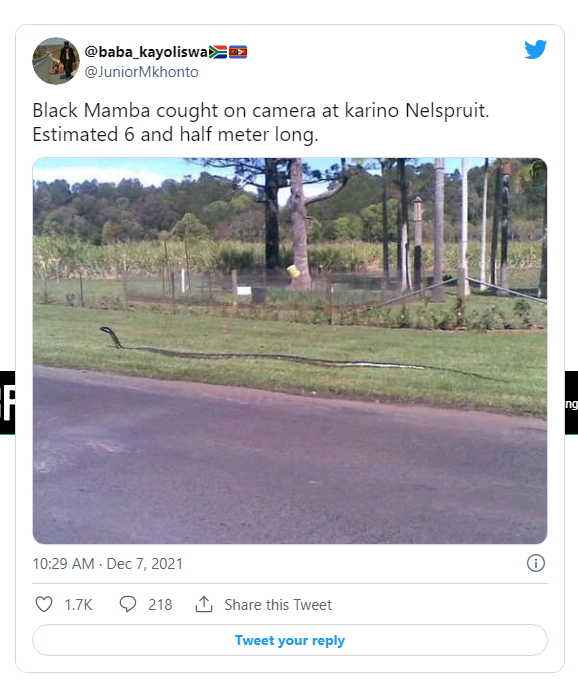 Below are some of the responses the pic received:

"Kante every year this snake is spotted at the same place."

"This snake is back again after more than 10 years."

"You just lied without being provoked maar yini."

"Ai wena go do your research."