Camouflage is one of nature's oldest and finest tricks. An animal's ability to blend into surrounding objects and nature plays a significant role in protection and safety. On the other hand, humans just love to find things to camouflage into simply for the fun of it all. Though it doesn't matter what the purpose is, the result is mind-boggling.

We found people and animals that accidentally camouflaged into their surroundings, and it might take you a second to spot them. From people's pants blending into the floor to a parrot masquerading as an avocado, you might have to look at the photos with extra care.

1. At Least She Is Immune To Grass Stains 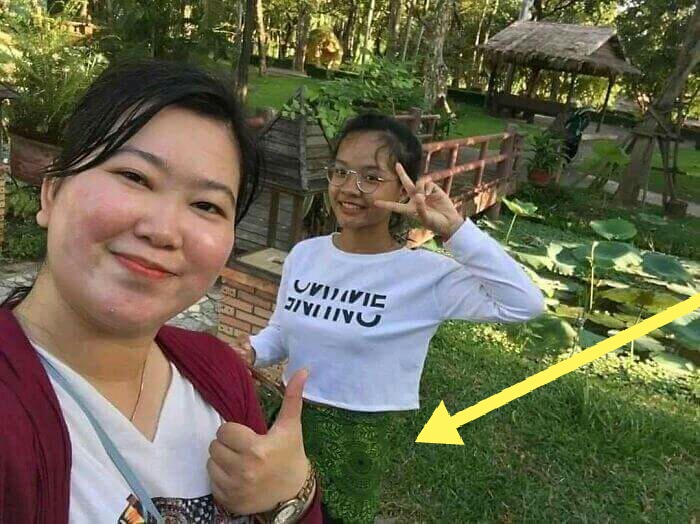 Have you ever felt like you are floating through life? It might be because your bottoms match the ground, and you look like a floating torse wherever you go like this girl. She isn't a floating body, but her skirt blends right into the grass.

This picture is terrific, and what we love most about it is how casual both parties in the photo look. It's as if they aren't entirely thrilled that this accidental camouflage has occurred, and we don't understand that.

2. Rocket Dog Aims For The Stars 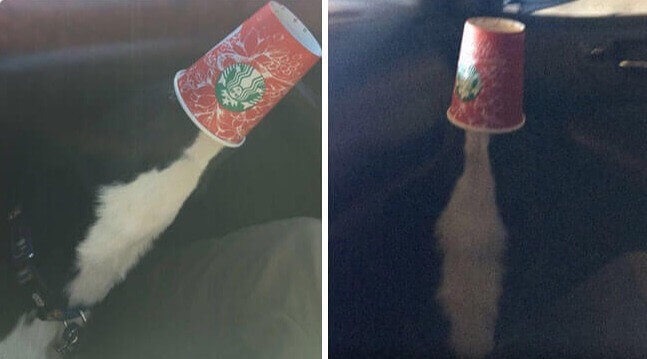 Okay, so maybe 'camouflage' is a bit of a stretch for this photo, but some optical illusion is happening. Namely, the dog, unfortunately, found itself with a Starbucks cup stuck on top of its nose, and it looks like a rocket ship aiming for the stars.

The white stripe down the dogs' neck is like the rocket smoke in the ship's trail. The dog itself? We don't know who he is, where he is, or what he looks like, which doesn't matter. The important thing is that this dog is aiming for the stars, which gives us the inspiration that we all should too.

3. Ankles Are So Last Year 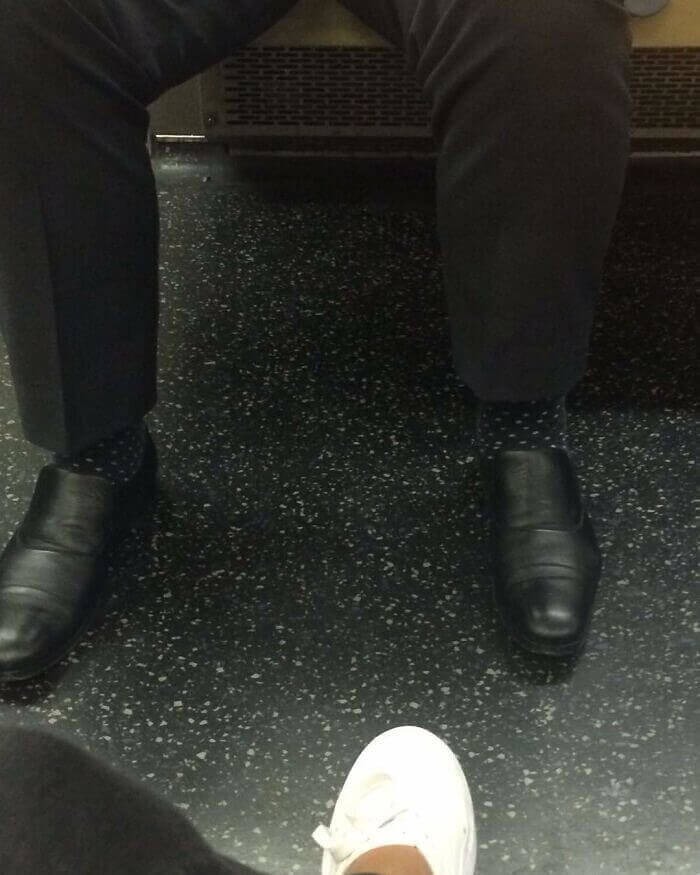 Anything that brightens up the morning commute is a blessing because the ride on the subway to work is boring. To this commuter's delight, he realized that there appeared to be an invisible section between the trousers and shoes of the person sitting in front of him.

Yep, that's right. The socks of this man matched the floor perfectly, so it seemed that his ankles disappeared and the shoes were resting on the floor. Who knew that such a boring pair of socks could result in such an incredible spectacle. 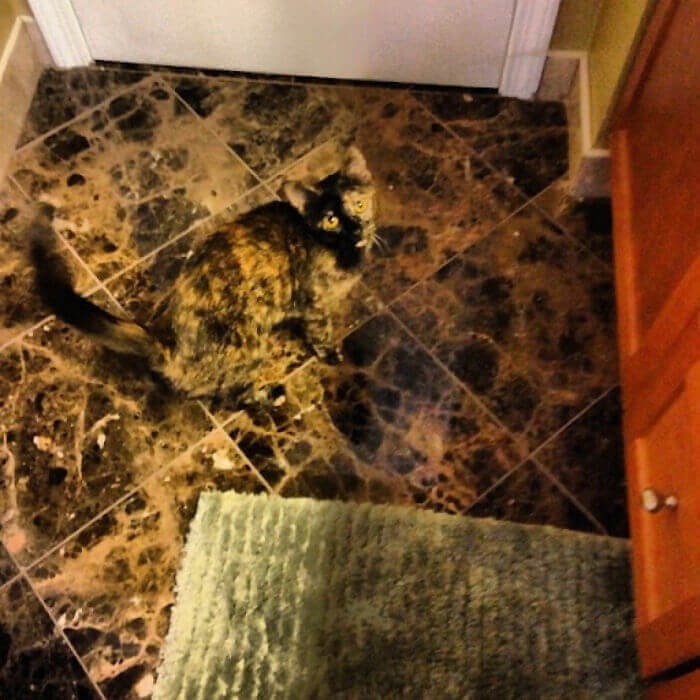 Marble floors probably weren't the best idea here. This time the marble isn't white and grey, but rather ginger and black, just like the cat. On the one hand, at least we understand why this fur color is called marble.

On the other hand, if this were your cat, you would have a high chance of stepping on it since it blends in so well. Look at those beautiful eyes, though, almost serpent-like; this whole picture and camouflage situation are unique. 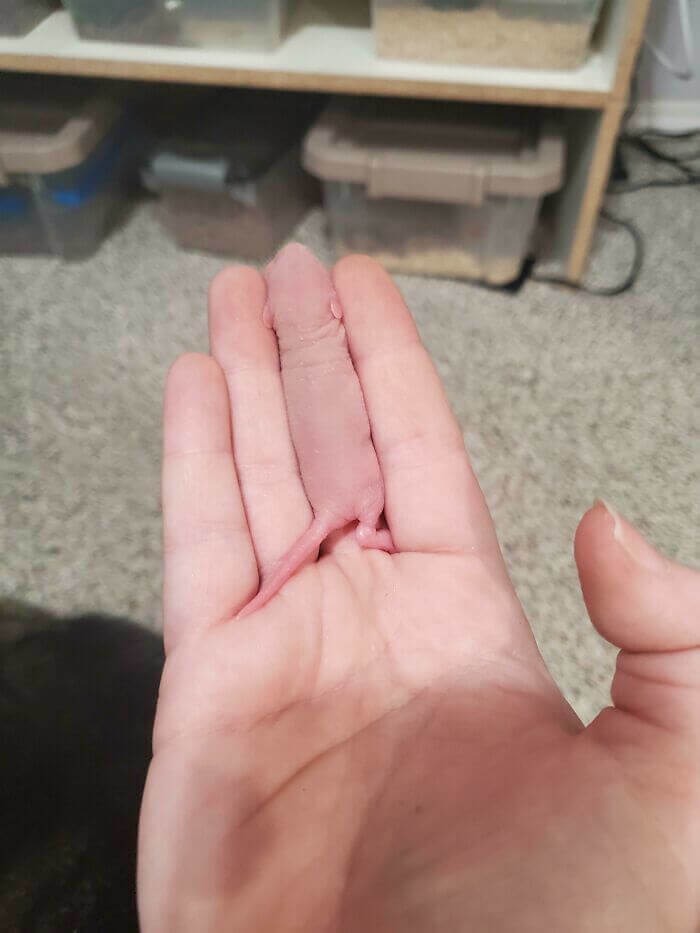 When you first look at this photo, it seems like something terrible happened to this guy's finger. Then you look closer, and something seems quite disgusting; Depending on your appreciation of rats.

Instead of his middle finger, this guy has a tiny rat or mouse. The size and dimension of this creature new to the world ended up making it look like it could blend in with his hand in a kind of weird and scary way.

OPINION : One ARV A Day Is Just Nothing, Than Costing Your Life.